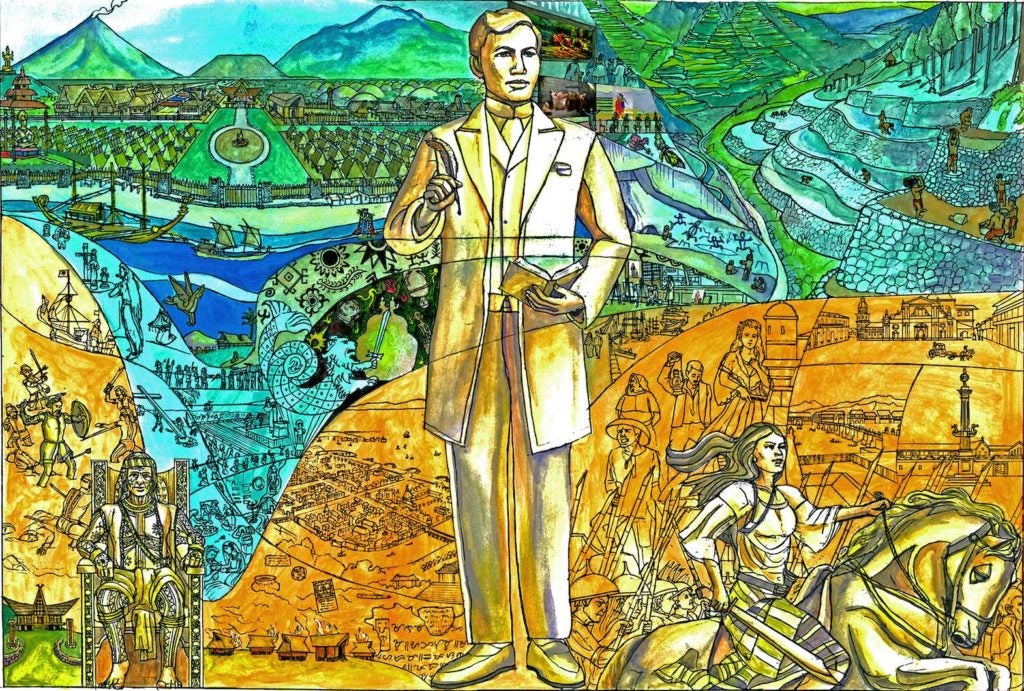 SEATTLE – Residents and visitors of the new Filipino Community Village (FCV) will soon be greeted with a one-of-a-kind, four-panel mural that depicts the history of Filipinos and Filipino Americans.

Designed by well-known Filipino artist Eliseo Art Silva, the mural will reflect his life’s mission “to reconcile the history of my lineage, with the history of painting. In order to achieve that, we have to tell our stories to a point that they become a protagonist of the American narrative and the key players of those stories become household names.” 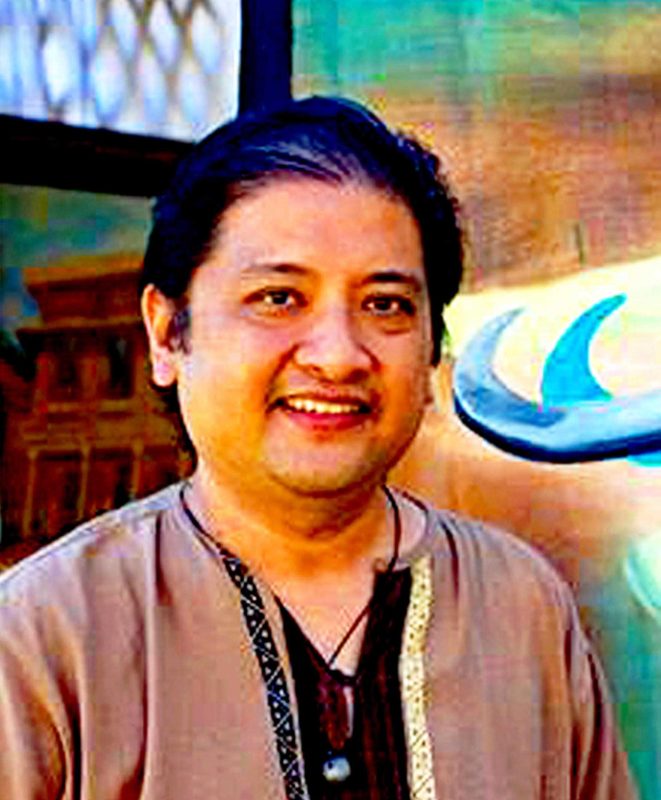 Bulosan wrote the poem as a fundraiser for the legal defense of Alaska cannery worker leaders of Local 37 International Longshore and Warehouse Union in the 1950’s, who were facing deportation for their alleged connections with the Communist Party, USA during the anti-communist McCarthy era.  Bulosan’s poem expounds on the difficulties of working people in the US; but it envisions an America that belongs to all, regardless of race, gender, age or class, and “for all the free.”

This will be the second mural project for Silva in Seattle.  His first mural, “Can You Read the Secrets of History in My Face,” has graced the entrance to the Eastern Hotel in the International District since 1999, a hotel that Bulosan probably stayed at when he was a migrant worker on the west coast.  The mural is more focused on the Alaska cannery and agricultural workers’ life experiences.  It is part of the Bulosan Historical Memorial Exhibit in the lobby of the hotel and was an important reminder due to the diminishing presence of Filipinos in Seattle’s International District.  Silva also has murals in Los Angeles, Philadelphia, Alaska and other cities throughout California.

The new mural’s final design was approved by the FCV Mural Committee chaired by ceramic artist and Filipino Community of Seattle Vice President Armilito Pangilinan.  The team began its work in November 2019 and made an international call for artists to create the mural.  “(It) was an important element of the Filipino Community Village project as it is going to be the first thing a visitor will see in the plaza,” stated Pangilinan.  “So, finding the ‘right’ muralist was key.” 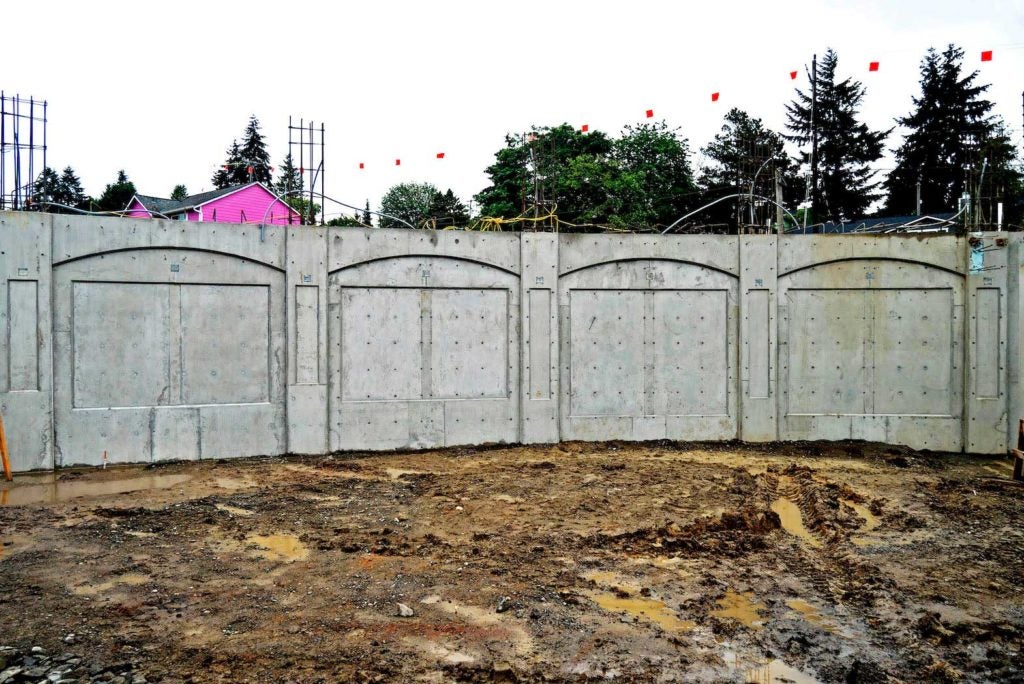 After an extensive search, the Mural Committee selected Silva. “With Eliseo, a nationally renowned muralist and one that works with community in developing his murals, we knew that he would create a mural rooted in Philippine history and culture and one that would tell stories of progressive history and struggles of the Filipinx/Filipinx Americans in Seattle/Washington State, and reflects the complexities of our identities,” Pangilinan added.

“Artists…provide an equal seat at the table of power and influence for all,” Silva writes in his description of the FCV mural.  “In other words, if our history and stories are not known, Filipinos, both in the U.S. and the Philippines, will be invisible.”

The second set of panels covers the “Filipino American Story” (1587-2021) with 1587 marking the first landing of Filipinos (or Indios as the Philippines was not named yet) at Morro Bay.  Panel 3 covers the period 1887–1964, benevolent assimilation, humanizing labor, creating communities and bridging generations.  The last panel 4 spans the period of 1965-2021 with the theme of “Our Filipino Stories as a Protagonist of the American Narrative and Cultural Landscape.”

Silva will symbolically bind the Filipino and Filipino American stories with mythical creature known as Sarimanok, which balances the Earth with the universe.  Silva writes, “Ruler of the harvest season, Sarimanok embodies light through the precise movements of the sun and moon.  Clearly visible from a distance, the Sarimanok (rendered in magenta colors) encompasses panels #3 and #4 with its broad wings in flight covering both panels, and represents “The Filipino American Story.”

In reverence for the mythical water-serpent Naga, the Sarimanok bird offers a Sarimanok fish to symbolize their unending partnership.  The “Naga” in the design is the mural wall itself (representing the Greater Seattle community), circling half the entire plaza, welcoming residents, and visitors alike to the Filipino Community Village. 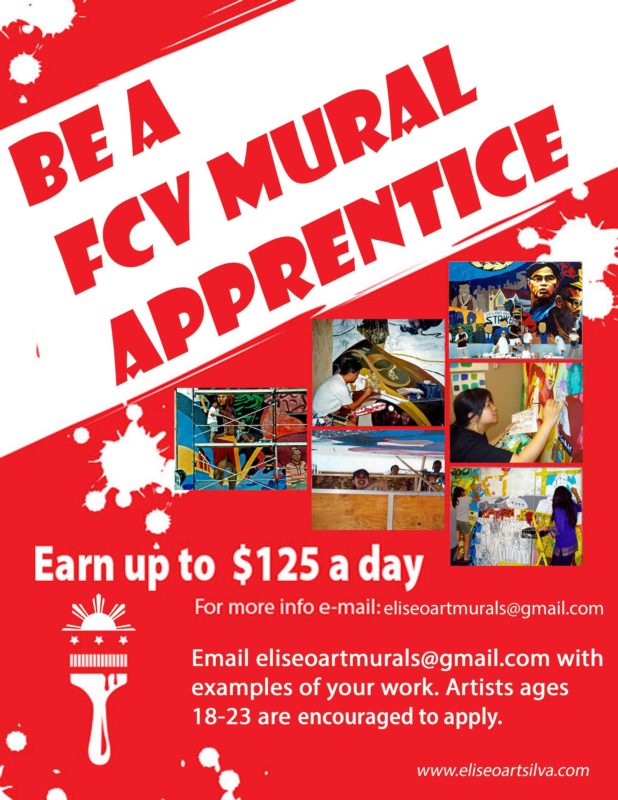 The mural project is accepting applications for apprenticeship. CONTRIBUTED

While the Sarimanok bird in Panels #3 and #4 departs towards the heavens, Panels #1 and #2 transition to the terrestrial domain as represented by the Sarimanok fish (rendered in peach colors and nativized as an Alaskan King Salmon), which is visible from afar and large enough to bind both first two panels to represent ‘The Filipino Story.’”

Silva’s detailed research and knowledge of Philippine and Filipino American history combined with the FCV Mural Committee’s knowledge of local/regional personalities will fill the mural with historical events and individual and collective contributions to history. The Mural Committee is eyeing spin-off projects to continue the education of the Filipino community, especially young people. These spin-offs could include history classes, comic and coloring book creation and video projects that would use the murals as a basis.

The work is scheduled to be unveiled in May 2021 with the entire complex ready to be occupied in June. “The Filipino Community Village was born out of the requests from Filipino seniors and their families to have a culturally suitable and affordable place to live,” said Alma Kern.  “Situating the Village adjacent to our Filipino Community Center really made our Village come to life.  It has taken us 12 years to plan, fundraise and construct to make our dream come true.  But we aren’t finished yet – we have more to do.”