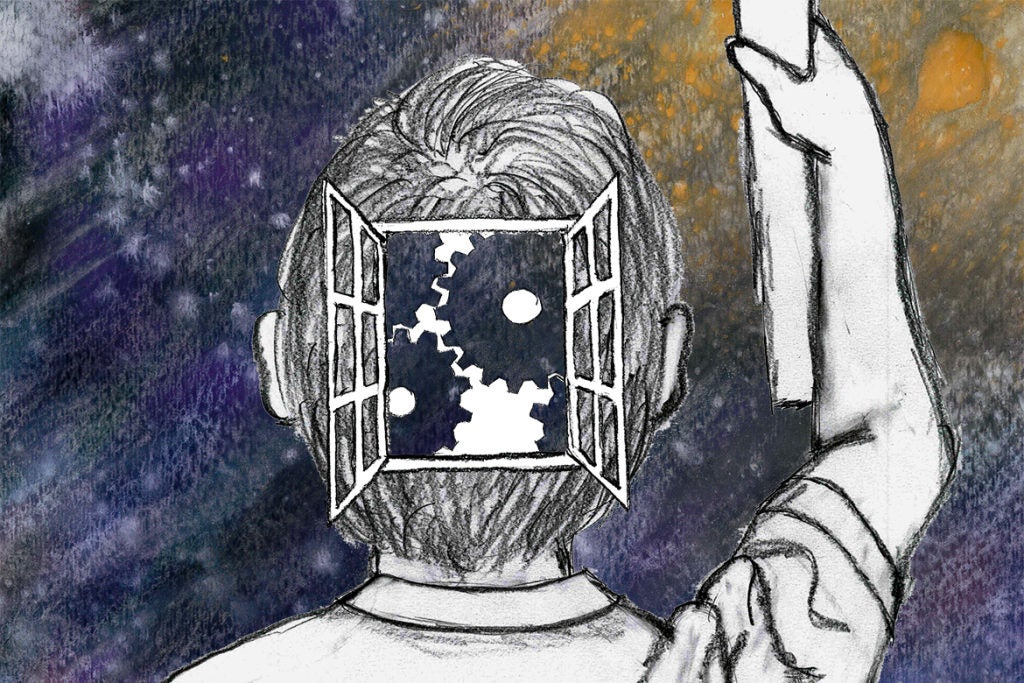 Cries of “Nazis, go home!” and “Shame! Shame!” filled the air as Angela King and Tony McAleer stood with other counter-protesters at the “free speech” rally in Boston last weekend.

They didn’t join the shouting. Their sign spoke for them: “There is life after hate.”

They know because McAleer and King were once young extremists themselves, before they co-founded the nonprofit Life After Hate to help former white supremacists restart their lives.

To hear them talk about their pasts hints at what may be in the minds of those inside the far-right fringe groups whose actions have ignited raw, angry passions across the country. What are people thinking when they spew hate? Are they all true believers? What’s more, how does someone get that way?

The uncovered American faces of white supremacy and neo-Nazism were broadcast on TV and the internet for all to see at the “Unite the Right” rally in Charlottesville, Va., this month, which ended in violence and with one person dead. The forces that drew them there are not new.

Hate groups in the US number 917 and have been on the rise for two years, according to the Southern Poverty Law Center. It attributes the trend partly to the attention given to extremist views during the 2016 presidential campaign.

But people don’t perceive extremist groups’ beliefs the same way. The term “alt-right” — referring to a loosely organized group that developed in response to mainstream conservatism and has been associated with white nationalism and anti-Semitism — was unknown to a majority of Americans in late 2016, according to a Pew Research Center survey.

And familiarity rose in tandem with a respondent’s education — about three-quarters of those with postgraduate degrees recognized the term, as did about 60 percent of college graduates. Among those with only a high school education, about a third had heard the term. 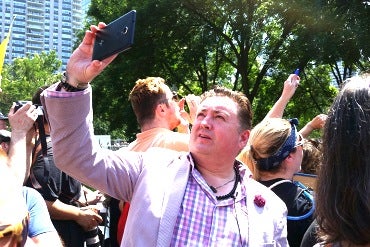 Those who study human behavior attribute hate speech more to deep personality issues than to a diagnosable mental illness. But they’re also intrigued by how the white supremacy movement is rebranding itself for the 21st century.

The well-known racist symbols of white robes and hoods or shaved heads and torches have given way to a clean-cut subtlety for the millennial generation. With heightened tensions on all sides, there’s a renewed interest in explaining how minds turn toward hate.

“I felt power where I felt powerless. I felt a sense of belonging where I felt invisible,” McAleer, 49, said of the pull of white nationalism that led him to spend 15 years as a skinhead recruiter and an organizer for the White Aryan Resistance.

“I was beaten at an all-boys Catholic school on a regular basis at 10 or 11,” said McAleer, a middle-class kid from Canada, which left him with “an unhealthy sense of identity.”

King, 42, who grew up in rural South Florida, said she turned to white nationalism as a child, first learning racial slurs from her parents. Growing up, she questioned her sexual identity and didn’t fit in. At 12, she said, a school bully ripped her shirt open, exposing her training bra and humiliating her in front of her classmates.

“At that point, I decided if I became the bully, no one could do that to me,” King said. She became a neo-Nazi skinhead at 15, and at 23 went to prison for three years for a hate crime. King had a tattoo of a swastika on her right hand; she has since covered it up with the likeness of a cat.

Young people with a troubled past are especially vulnerable, said psychologist Ervin Staub, of Holyoke, Massachusetts, a professor emeritus at the University of Massachusetts-Amherst who studies social processes that lead to violence.

“Often, these are people who don’t feel like they’ve succeeded or had a chance to succeed across normal channels of success in society. They may come from families that are problematic or families where they’re exposed to this kind of extreme views of white superiority and nationalism. If you don’t feel you have much influence and power in the world, you get a sense of power from being part of a community and especially a rather militant community.”

The study by sociologist Pete Simi of Chapman University in Orange, Calif., suggests that influences on these followers may be related more to the group’s social bonds than ideology.

Simi, an expert on violence and extremist groups who has interviewed hundreds of former believers, co-wrote “American Swastika: Inside the White Power Movement’s Hidden Spaces of Hate” with sociologist Robert Futrell of the University of Nevada-Las Vegas.

Now that these groups are courting millennials, they’ve taken to changing their image, Futrell said.

“It’s an attempt to distance from the past when the picture in all our minds of a white supremacist was the KKK [Ku Klux Klan] with a hood and cape or a neo-Nazi with a shaved head and tattoos. That’s gone by the wayside over the last decade,” he said.

Groups advocating white superiority have always preyed on “young, impressionable people who are loners or had a traumatic thing in their background,” Futrell said. “What’s different now is the range of ways the white power movement is reaching them. The internet is a boon to those who are stigmatized and relatively powerless.”

The alt-right has gained power online, as its proponents use Twitter, YouTube and other social media platforms to spread their message. A study last year from George Washington University found that white nationalists are heavy users of Twitter. 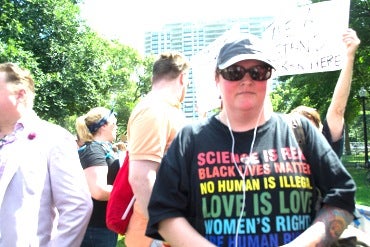 “There’s a long history starting with [psychoanalyst Sigmund] Freud on the impact of crowd behavior and mob mentality,” she said. “People give up individual identity to support the norm of the group and affiliation with the group and end up behaving in ways they wouldn’t otherwise individually.”

In such tense conflicts, Futrell said, the natural cues that people use to understand appropriate behavior get skewed.

“It’s not surprising in a combustible situation, when people are on edge, once an aggressive move is made, it cues to others that it’s OK,” he said. “This is the norm at that moment, and they act.”

Forensic psychologist Laurence Miller, of Boca Raton, Florida, said there’s a misunderstanding about the motivations of those who join fringe groups — that they have an ideology and search for a group when, really, it’s the other way around.

“People will pick a belief system that best matches their personalities and their identities,” he said.

But he emphasizes that humans are complex. In the Deep South, it was common for otherwise upstanding citizens — mayors, sheriffs and judges, among others — to be members of the KKK.

“You can have people who put on a hood and march with a torch and take their kids to the playground,” Miller said.

KHN reporter Melissa Bailey contributed to this story from Boston.