Should Canada send ailing Filipina caregiver back to PH to die?

Should Canada send ailing Filipina caregiver back to PH to die? 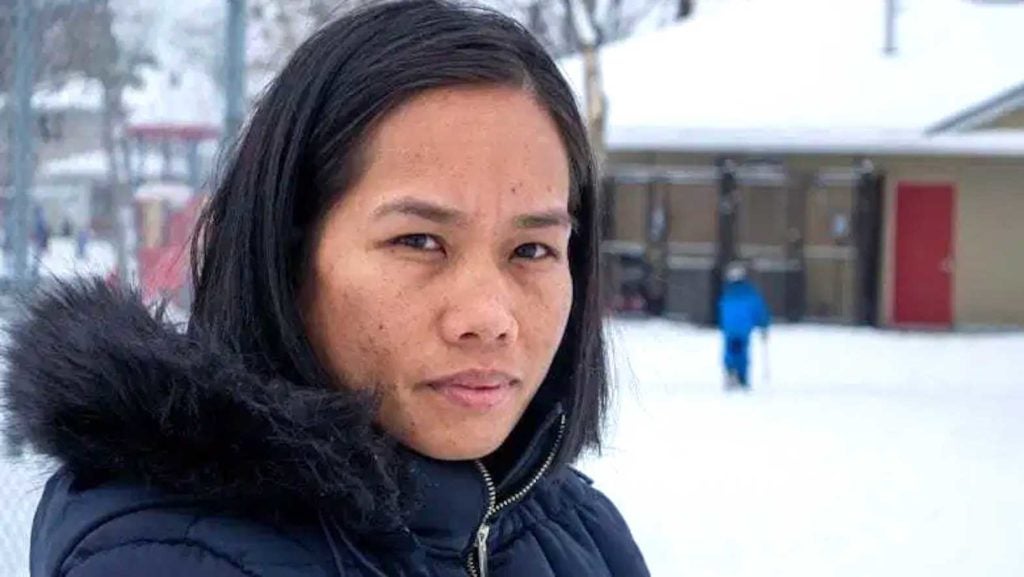 Caregiver Kherin Dimalanta faces the difficult choice to either stay in Canada to continue her dialysis treatment or return to the Philippines to die. (Photo: CBC)

“How could Canada send somebody home to die in front of their children, just because we have to pay for the medical treatment? It doesn’t feel Canadian to me,” opines Dimalanta’s employer, Dr. Cathy Kyeremanteng.

Perflexing questions indeed. What would you choose dear readers?

But while we ponder the question, Kherin Dimalanta may not have the luxury of waiting.  Almost two years after she filed to stay in Canada for humanitarian reasons, no decision has been made on her application. And the clock is ticking.

The 33-year old Filipina caregiver faces the prospect of being returned to the Philippines where she faces certain death as she cannot afford the cost of her dialysis treatment.

Dimalanta immigrated to Canada three and a half years ago under the federal government’s Live-in-Caregiver visa and worked for a couple who are both doctors in Ottawa.

But six months after she arrived, Dimalanta went for a routine blood test as part of an insurance application and discovered she had chronic kidney disease, the CBC reported.

That diagnosis shattered Dimalanta’s dream of becoming a Canadian permanent resident as she is no longer ‘medically admissible’ under Canada’s immigration regulations.

Dimalanta’s nightly dialysis costs around $40,000 a year. That’s almost twice the annual health-care cost threshold set by the Liberal government in 2018. Prospective immigrants who would cost the health-care system more than $21,204 a year are ineligible for permanent residency because they’re deemed an excessive burden, according to the CBC.

But her employer, Dr. Cathy Kyeremanteng believes that rule shouldn’t apply to people who were already working legally and paying taxes in Canada.

“How could Canada send somebody home to die in front of their children, just because we have to pay for the medical treatment?” she asks. 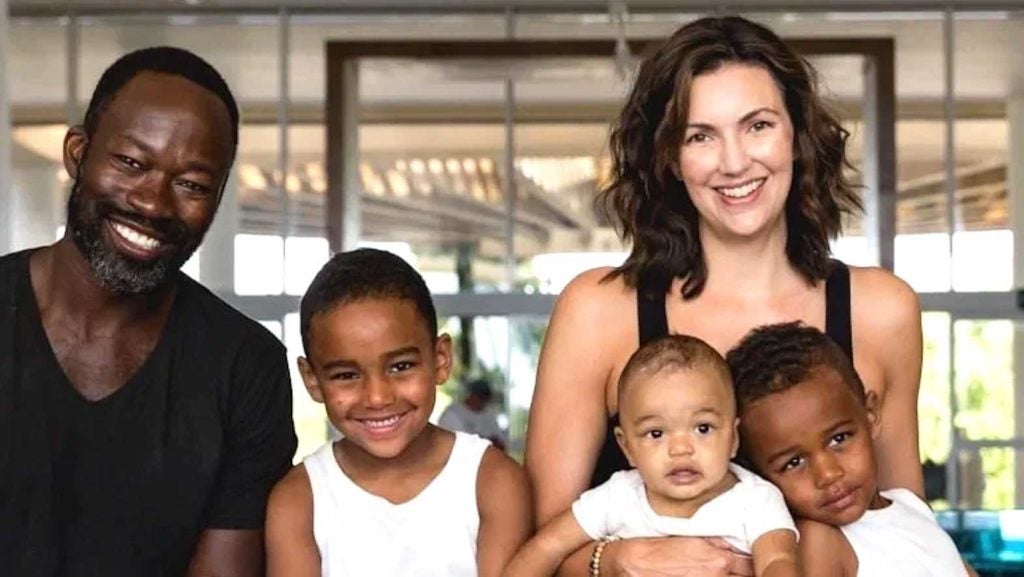 “She fell sick while she was here, by no fault of her own,” Kyeremanteng said.

“How could Canada send somebody home to die in front of their children, just because we have to pay for the medical treatment?… It doesn’t feel Canadian to me.”

“We would not have been able to do what we did through the pandemic, to continue our work, if we did not have help at home,” she told CBC.

Dimalanta has applied for permanent residency on humanitarian and compassionate grounds because she cannot afford dialysis treatment in the Philippines. Without it, her doctors have told her she would die.

While she waits for the humanitarian appeal, a process that often takes years, she has applied for both a temporary resident permit and an open work permit so that she’s eligible for OHIP, (Ontario’s medical program) and has the freedom to return to the Philippines to see her children.

Almost two years later, no decision has been made on Dimalanta’s application.

While Dr. Kwadwo Kyeremanteng, a regular contributor to CBC, goes to work in the ICU and his wife, Dr. Cathy Kyeremanteng, sees patients at her private psychology practice, Dimalanta is at home caring for their three young boys.

‘How could Canada send somebody home to die in front of their children?’

According to the CBC, Immigration, Refugees and Citizenship Canada was unable to provide a comment by deadline on the situation facing people who, like Dimalanta, are already living and working in Canada, but are not medically admissible. 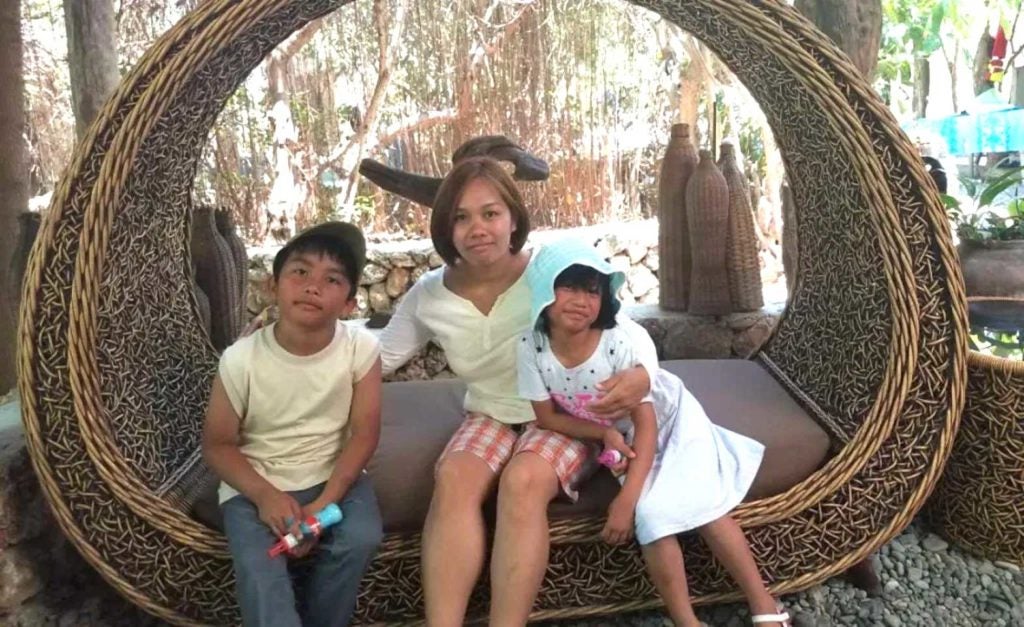 The last time Dimalanta saw her children Jeremy, left, and Jillian, right, was in April 2017, before she came to Canada to work as a live-in caregiver. CONTRIBUTED

“It illustrates the structural problem in our immigration system,” said Jamie Liew, an associate professor of law at the University of Ottawa.

Liew says that while highly skilled immigrants often come to Canada with their permanent resident status pre-approved — which means they’re not at risk of being sent home if they get sick — low-skilled migrant workers can only apply for permanent residency after a few years.

“We, for whatever reason, don’t value [them] the same way … despite the fact that a lot of skilled migrant workers provide essential services, as we’ve seen through the pandemic,” Liew said.

She has “implied status,” so she’s allowed to continue to work and pay taxes, but every few months she must appeal to the OHIP review committee for continuing coverage. She can’t risk leaving the country in case she’s not allowed back in.

It’s now been almost four years since she last saw her children.

“My kids will always say, ‘Don’t worry, Mama. Just stay there and get well.’ Even if I ask, you know, what gift do you want for Christmas? It’s, ‘Don’t think about us, just get well,’” Dimalanta told CBC.

The fight to scrap Canada’s Live-In-Caregiver Program (LCP) has been a long and arduous and oftentimes thankless struggle. Many activists have long since died fighting to have the laws changed, laws that they argue are medieval and treats caregivers as indentured slaves.

The federal government has responded with ‘crumbs’ thrown into the advocates’ table to appease them and perhaps keep them silent.

Political parties of all stripes has not shown the political will to grapple with the problem.

With a little tinkering here and there, the government pretends to solve the recurring problem of Canada’s child care needs. Instead of instituting a National Child Care Program as advocates are calling for, it chooses to continue the LCP, the less costly and inhuman alternative.

The story of Kherin Dimalanta will not be the last.