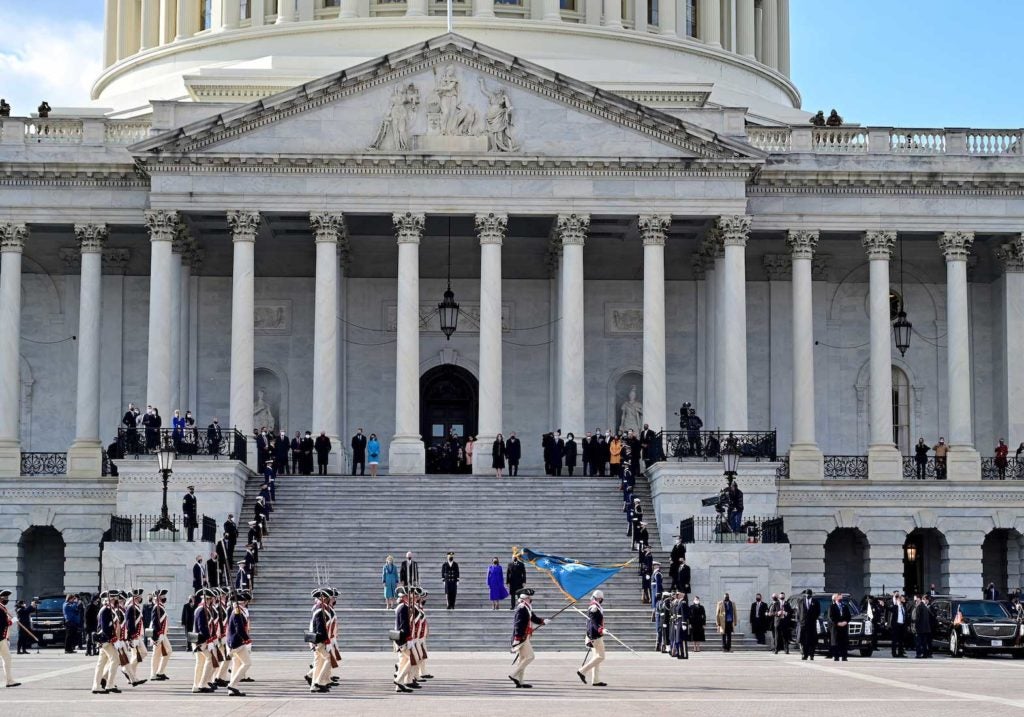 WASHINGTON – The United States could face a heightened threat of domestic extremist violence for weeks from people angry at Donald Trump’s election defeat and inspired by the deadly storming of the U.S. Capitol, the Department of Homeland Security warned on Wednesday.

The advisory – which said there was no specific and credible threat at this time – comes as Washington remains on high alert after hundreds of Trump supporters charged into the Capitol on Jan. 6 as Congress was formally certifying President Joe Biden’s election victory. Five died in the violence.

“Information suggests that some ideologically motivated violent extremists with objections to the exercise of governmental authority and the presidential transition, as well as other perceived grievances fueled by false narratives, could continue to mobilize to incite or commit violence,” the department said in a national terrorism advisory.

Biden’s inauguration last week occurred under heavy security, with more than 20,000 National Guard troops on duty. Officials have said about 5,000 troops will remain in Washington for the next few weeks, when Trump will face his second impeachment trial in the Senate on a charge of inciting insurrection.

Trump spent two months peddling the false narrative that his defeat in November’s presidential election was the result of widespread voter fraud. He urged a crowd of thousands of his followers to “fight” in a fiery speech before the Jan. 6 violence.

The DHS advisory said domestic violent extremists were motivated by issues including anger over COVID-19 restrictions, the 2020 election results, and police use of force.

It also cited “long-standing racial and ethnic tension -including opposition to immigration” as drivers of domestic violence attacks.

DHS warned that the attack on the Capitol could inspire domestic extremists to attack other elected officials or government buildings.

“This step is wildly overdue, and I applaud the Biden administration for taking it,” Senator Mark Warner, the top Democrat on the Senate Intelligence Committee, told Reuters.

DHS typically issues only one or two advisory bulletins in a year. The bulletins have mostly warned of threats from foreign terrorist groups.

The last one, issued by the Trump administration in January 2020, declared Iran a state sponsor of terrorism and designated Iran’s Revolutionary Guard Corps as a foreign terrorist organization.

Biden last week directed his administration to conduct a full assessment of the risk of domestic terrorism. The assessment will be carried out by the Office of the Director of National Intelligence in coordination with the FBI and DHS, White House spokeswoman Jen Psaki told reporters.

“The January 6th assault on the Capitol and the tragic deaths and destruction that occurred underscored what we have long known: the rise of domestic violent extremism is a serious and growing national security threat. The Biden administration will confront this threat with the necessary resources and resolve,” Psaki said

MOST READ
usa WWII surrender of Corregidor, the rock wasn’t that solid
usa Is it game-over for TikTok? US FCC commissioner wants Apple and Google to remove the app
usa A first look at Chris Brown’s new album, ‘Breezy’
usa The Apple AR/VR Headset Is Coming! Here Is What We Know So Far
usa Two gunmen dead, six officers wounded in shootout at Canadian bank
usa Two Filipinos in Hawaii nabbed for allegedly stealing $260 worth of fruits
usa Fil-Am lawyer wins ‘Miss Texas’ crown
DID YOU KNOW?
Top 12 Resorts in Puerto Rico for 2022
5 Best Noise Cancelling Headphones of 2022
The Shakti Mat: Does It Really Work?
12 Best Travel Cameras to Capture Every Moment in 2022
Top 10 Best Fitness Trackers on Amazon
How to Shop for Engagement Rings Without Breaking the Bank