Problems threaten the accuracy of 2020 US Census 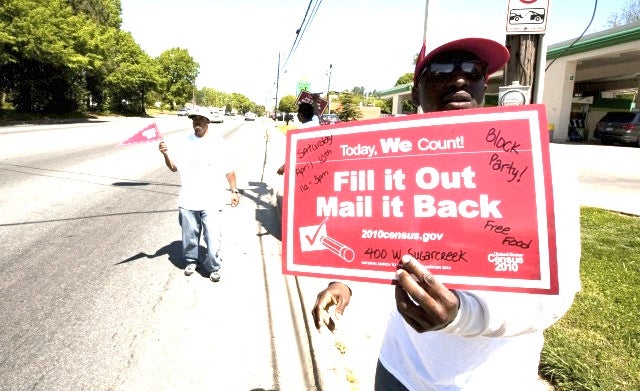 During a teleconference hosted on Thursday, August 24, they said a leadership vacuum, budgetary concerns and a climate of uncertainty surrounding immigration policy are adversely affecting the U.S. Census Bureau’s (USCB) ability to prepare for one of the federal government’s most important tasks.

The Bureau’s challenges are compounded by the fact that 2020 will also be the first year it aims to use web-based technology and other new data collection tools on a wide scale.

“I am increasingly worried about the Census Bureau’s ability to pull off a successful count, one that counts all communities equally,” said Lowenthal. She went on to say that “the operations and activities most at risk are those that are specifically designed to enumerate historically hard-to-count communities more accurately.”

In the past, the poor, people of color, and members of immigrant communities have not been fairly represented by census data, according to the National Association of Latino Elected Officials and Appointed Officials (NALEO), Arturo Vargas.

He and other participants in Thursday’s conference said the Trump administration’s hard-line stance on immigration might further depress participation rates among people fearing the deportation of their family members.

Participants in Thursday’s conference said the voices of immigrants are needed to draw a comprehensive illustration the American people, and the USCB will work to preserve the privacy of all respondents.

However, budget cuts are potentially impeding the Bureau’s ability to draw information from those communities. The USCB has had to cancel or drastically scale back a number of test exercises for programs designed to count underrepresented populations in the upcoming census.

Changes to data collection methods to be widely implemented in 2020 include in-language questionnaires, the option for participants to respond online, and tablet based apps that will replace the physical documents carried by field enumerators. The USCB must also operate a brand new IT department to manage web-based solutions.

“Unless there is sufficient funding … there may be gaps that won’t get discovered until it’s too late,” said Asian Americans Advancing Justice President and Executive Director, John Yang. “Any gap in discovering deficiencies in the use of technology is most likely to affect, and hit hard, communities of color and other communities that are hard to reach.”

Unless legislators move to restore funding for the census, the USCB is being pushed to do more with less. Lowenthal said the bureau currently plans on fielding only 250 local offices and 300,000 temporary census takers in 2020, compared to the 500 offices and over 700,000 census takers deployed in 2010.

The agency has lacked a national director since John Thompson resigned from the role at the end of June. The USCB is currently headed by Associate Director Ron Jarmin.

Decisions regarding the allocation of approximately $600 billion in federal funding will be based on data garnered from the decennial national census. That information also plays a critical role in shaping the congressional districts that outline how voters participate in government.

“There’s really too much at stake to ignore the growing threat to a successful census,” said the President and CEO of the Leadership Conference on Human Rights, Vanita Gupta during Thursday’s conference. “Being undercounted in the Census deprives already vulnerable communities of fair representation and public and private resources.”