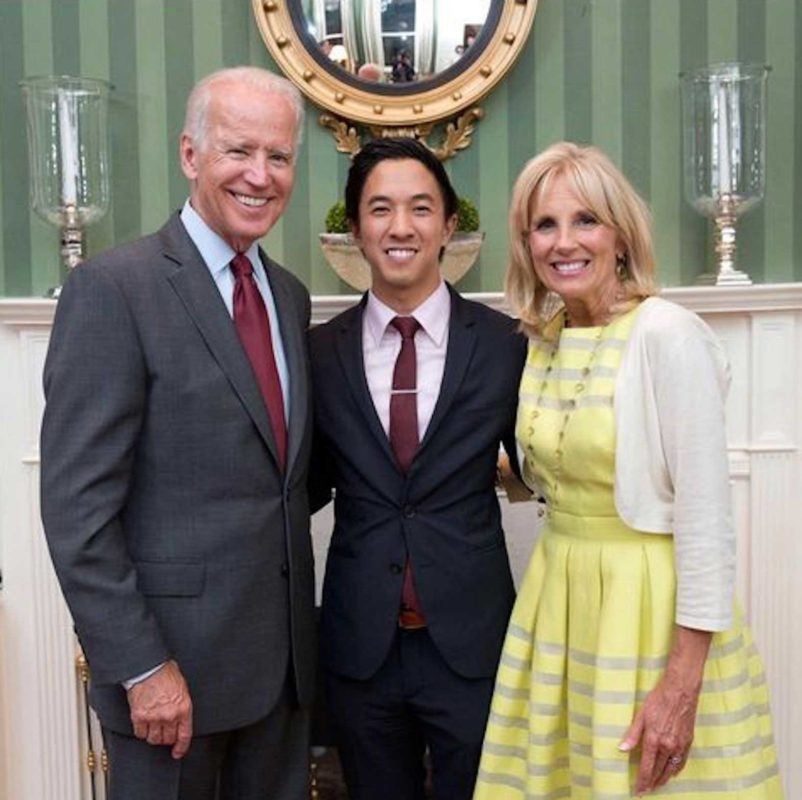 WASHINGTON, DC —Filipino American Jason Benjamin Alinea Tengco has been named White House Liaison for the U.S. Office of Personnel Management, among several political appointees to the office that the Biden-Harris Administration announced.

The appointees will work alongside OPM civil servants in support of the Biden Administration’s declared aim of building a federal work force that reflects the diversity of the United States.

Tengco recently served as the Chief of Staff for the Biden-Harris campaign’s Coalitions Department and then was the Asian American and Pacific Islander (AAPI) Outreach Lead on the transition team. Before that, he served as Executive Director of the National Federation of Filipino American Associations, National AAPI Outreach Director for Hillary Clinton’s 2016 campaign, and Deputy Director of the White House Initiative on AAPIs. Jason has a B.A. in Political Science from UCLA and a Master’s in Public Affairs from UC Berkeley’s Goldman School of Public Policy.

“President Biden made a promise to the American people that he would assemble diverse and talented teams that look like America, and today he continues to fulfill that promise,” said Chris Canning, incoming Chief of Staff. “We are looking forward to joining the hard working and committed civil servants at OPM to support and empower the federal workforce.” OPM’s team of political appointees reflects the Biden-Harris Administration’s commitment to diversity, with more than 85% of OPM First Week appointees identifying as people of color, women, or LGBTQ.

OPM works in several broad categories to lead and serve the Federal Government in enterprise human resources management by delivering policies and services to achieve a trusted effective civilian workforce, with over 80% of federal employees living and working outside of the Washington, DC area.

MOST READ
usa Stranger in Calgary park verbally abuses family chatting in Ilocano
usa 8 Reasons Why You Should Subscribe to a Meal Kit Delivery Service
usa Quo vadis, Philippines?
usa University of Hawaii fetes Fil-Am graduates
usa You’re Doing It Wrong: How to Use Long-Tail Keywords to Gain Traffic
usa Stephen Curry vs. Luka Doncic matchup highlights Warriors-Mavs playoffs
usa US advisory panel to assess COVID boosters for children
DID YOU KNOW?
How to Dispute a Debt and Win | Simple Tactics
The 12 Best Lat Exercises for Muscle Growth
Countdown to summer: tips for learning how to surf
User Guide: How to Track a Lost iPhone
The Best Filipino Food to Try When Visiting the Philippines
Water Filter Pitcher: The secret to having clean water at home