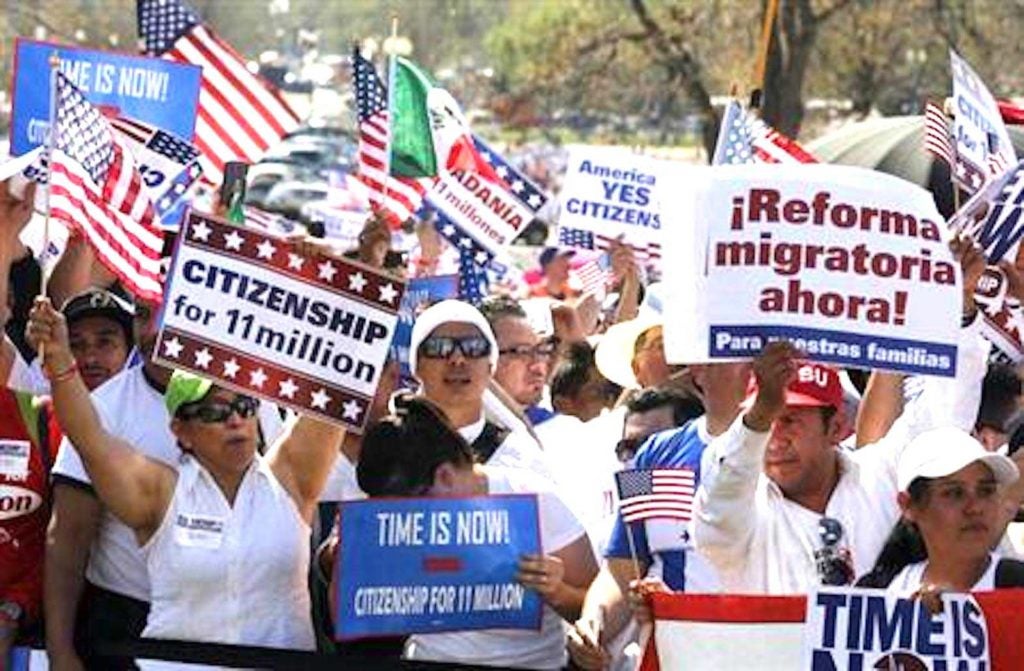 On his first day in office, President Joe Biden will introduce hundreds of pages of immigration executive orders that will cover most of the policies he pledged to change. With several provisions that are proposed, the relatives of more than 4 million Filipinos residing in the United States, who are still waiting to migrate, are looking forward to major changes in policies. Below are 7 immigration-related agenda that may have the most impact for Filipinos.

Deferred Action for Childhood Arrivals (DACA) recipients are immigrants who arrived in the United States at a very young age.

After several attempts to pass legislation to confer legal status to this category of immigrants and the failure of Congress to pass law, former President Obama issued an Executive Order giving these young immigrants protection from deportation and issuing them employment authorization. When President Trump came into office in 2017, one of his first executive actions was to rescind the DACA program. More than 800,000 DACA recipients were affected by Trump’s rescission of the program. Court litigation ensued and the Supreme Court affirmed the legality of the DACA program. While the U.S. Citizenship and Immigration Services started implementing the DACA protections to initial applicants, it did so only a few months ago leaving thousands of DACA recipients still in limbo about their status.

During this pandemic crisis, more than 200,000 DACA recipients are considered essential workers. Thus, in the Biden proposal, green cards or permanent immigrant visas will be granted to DACA recipients with a pathway to U.S. citizenship in three (3) years.

As soon as Filipino veterans became U.S. citizens, they started filing petitions for their children. As the system in place takes more than 20 years to be current due to the severe backlog, most of the veterans who came in 1990s have already passed away.

In the last 5 years, approximately 8,000 veterans are still alive, but they have been slowly diminishing in numbers. The Obama Administration proposed a Parole program specifically for the families of the veterans to enter the United States and be reunited with their veteran parents who are now of advanced age and sickly. This parole program is the Filipino World War II Veterans Parole Program. This Program only has a 5 year validity until 2021. Last December 2020, the Trump administration issued a notice to rescind the FWVP after 60 days of comment period.

President Biden should consider supporting legislation that will give immediate green card status to families of the veterans; or, if not, extend the FWVP program.

Family unity is very important to immigrants, and this applies most specially to Filipino immigrants. Petitioning immediate relatives by U.S. citizens is faster than petitioning adult children and siblings. For those being Petitioned from the Philippines the waiting period for visas to become available for adult married children and siblings of U.S. citizens takes approximately 20 years. And for those who are unmarried adult children, the waiting period is approximately 10 years.

With the pandemic crisis, even those whose visas are available who waited more than 20 years are not being processed at the U.S. Embassy because of the Trump Presidential Orders banning certain immigrants from entering the United States. Visa applications of parents and fiances of U.S. citizens are also put on hold at the U.S. Embassy.

President Biden should reform the immigration system by adding more visas to the Family based category to reduce the backlog and make it faster for U.S. citizens or green card holders to petition their family members. Trump’s Presidential Proclamations 10014 and 10052 banning the entry of immigrants and processing of their visas at the U.S. Embassy must be revisited and rescinded.

Pathway to Citizenship for Undocumented Immigrants

About 2% of the 11 million undocumented immigrants are unauthorized Filipino immigrants. These are mostly those who fell into the cracks because of the broken immigration system leaving them no option to legalize their status.  These unauthorized immigrants are with their family members in the U.S., are hardworking and regularly pay taxes. It is just an opportune time to provide them a pathway to U.S. citizenship.

The Biden administration is introducing the immigration reform bill that will allow unauthorized immigrants an 8 years pathway to citizenship by granting them green cards after 5 five years and allowing them to obtain U.S. citizenship in 3 years. This proposal is the centerfold of the immigration bill introduced by Biden and needs to be passed by Congress to become effective.

One of the salient features of the Trump legacy on immigration is not just curbing illegal immigration but also legal immigration. Deeply disguised as promoting national interest, the public charge rule also known as the wealth test prohibits the grant of immigrant visa if the petitioner or the beneficiary does not have enough financial resources to show that the beneficiary will not rely on public assistance for their subsistence. Restrictive rules were issued making it difficult for US citizens with meager incomes to be reunited with their families. There is also the 2019 Trump “uninsured ban” rule where those coming to the United States must be able to show proof within 30 days of arrival that they have health care insurance coverage. All these restrictive rules have become barriers to lawful immigration and it is cloaked in a way that benefits the U.S. when in fact it is based on the Trump administration’s assumption that immigrants are a drain to the nation’s resources. This has to change. Most of Filipino immigrant families are educated and bring their skills and knowledge to flourish and succeed in this country. President Biden should rescind the restrictive changes made by the Trump administration related to the public charge rule.

During this global pandemic, the Filipino immigrants who are admired most as heroes are our health care workers. We have many Filipino caregivers, physical therapists, medical practitioners and nurses. These essential workers have proven their worth especially during this time of crisis. Current immigration law makes it difficult for most healthcare workers to obtain their immigrant visas. Even when the priority dates for employment-based third preference became current for Philippine nationals, it is usually still subject to long delays of months or years for the healthcare professionals to migrate to the United States. The increasing need for the essential healthcare workers had never been critical and President Biden should consider re-establishing a temporary visa category for nurses like before such as the H1C and H1A visas. This category will make it faster for healthcare workers to enter the United States.

Other Employment Based Visas

Philippines was included again in the list of those countries eligible to participate in a temporary working visa program or the H2B. Realizing how it will be in the best interest of the U.S. to make sure that the Filipinos are added to the workforce in the construction of military bases in Guam. This is a positive development. But also, there are Filipinos who are holders of H1B, J and L visas that have been affected by the Presidential Proclamation banning them from entering except those covered by litigation. President Biden should rescind this proclamation and reverse the H1B regulatory changes that Trump released prior to his departure from the White House.

All 7 immigration issues are just a few of the immigration priorities of the Biden Administration. As we maintain our faith in the new administration, we also hope that the Democratic led Congress will find it a priority to pass the Biden’s immigration reform bill for all these provisions to have a meaningful impact on our Filipino immigrants and their families.

(Atty. Lourdes Santos Tancinco, Esq. is a San Francisco based immigration attorney and an immigrant rights advocate. She may be reached at 1 888 930 0808, [email protected] or facebook.com/tancincolaw, or through her firm’s website at www.tancinco.com)