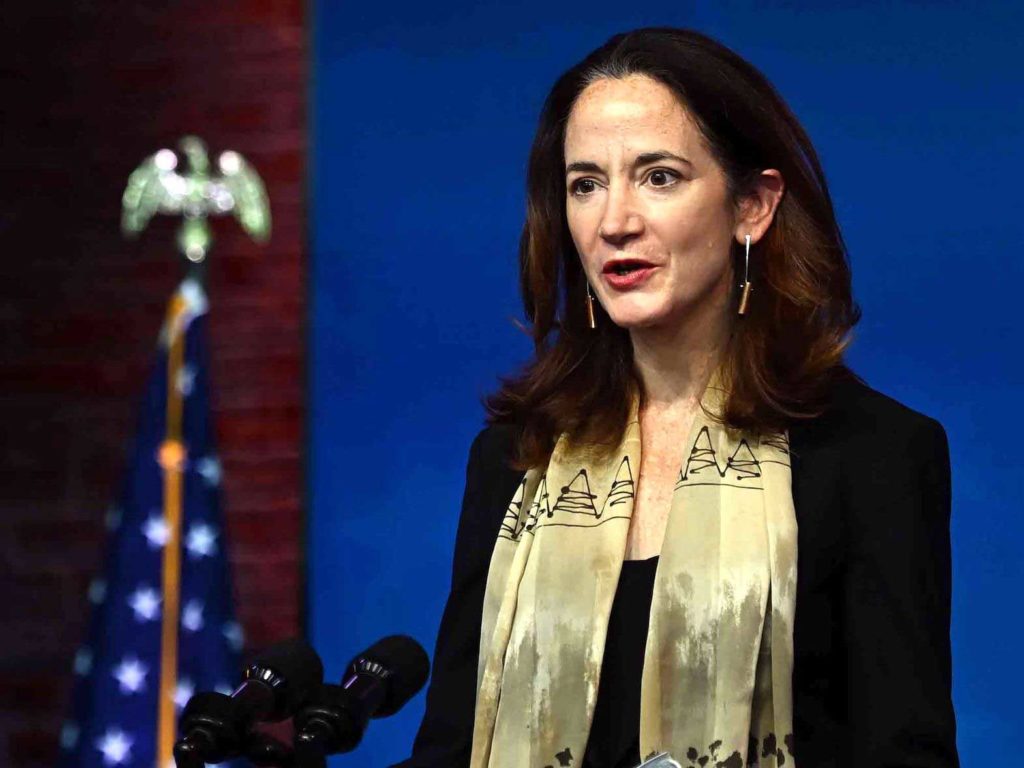 Avril Haines, a former top CIA official nominated to be director of national intelligence (DNI), also said the US espionage community would step up its focus on China as a key threat. AFP

President-elect Joe Biden’s pick for intelligence chief said Tuesday she would remain apolitical and would seek to reestablish confidence with allied intelligence bodies, after the turmoil of the outgoing Trump administration.

Avril Haines, a former top CIA official nominated to be director of national intelligence (DNI), also said the US espionage community would step up its focus on China as a key threat.

“To safeguard the integrity of our intelligence community, the DNI must insist that, when it comes to intelligence, there is simply no place for politics — ever,” she told the Senate Intelligence Committee, which is vetting her nomination.

“The DNI must prioritize transparency, accountability, analytic rigor, facilitating oversight and diverse thinking —- not as afterthoughts, but as strategic imperatives that bolster our work and our institutions.”

Haines’ three DNI predecessors were dragged in to President Donald Trump’s political battles, especially over his rejection of the intelligence community’s assessment that Russia interfered in the 2016 election on Trump’s behalf.

He repeatedly labeled the country’s spies “the deep state” conspiring to undermine him, and sought to enlist some more politically supportive officials to bolster his fight against impeachment a year ago.

Haines, 51, was deputy director of the CIA and then deputy national security advisor in the 2009-2017 administration of president Barack Obama — when Biden was vice president.

As the first woman in the DNI job, she would oversee and coordinate all 18 bodies of the US intelligence community, including the CIA, the National Security Agency and FBI counterintelligence, and would be responsible for the president’s regular intel briefings.