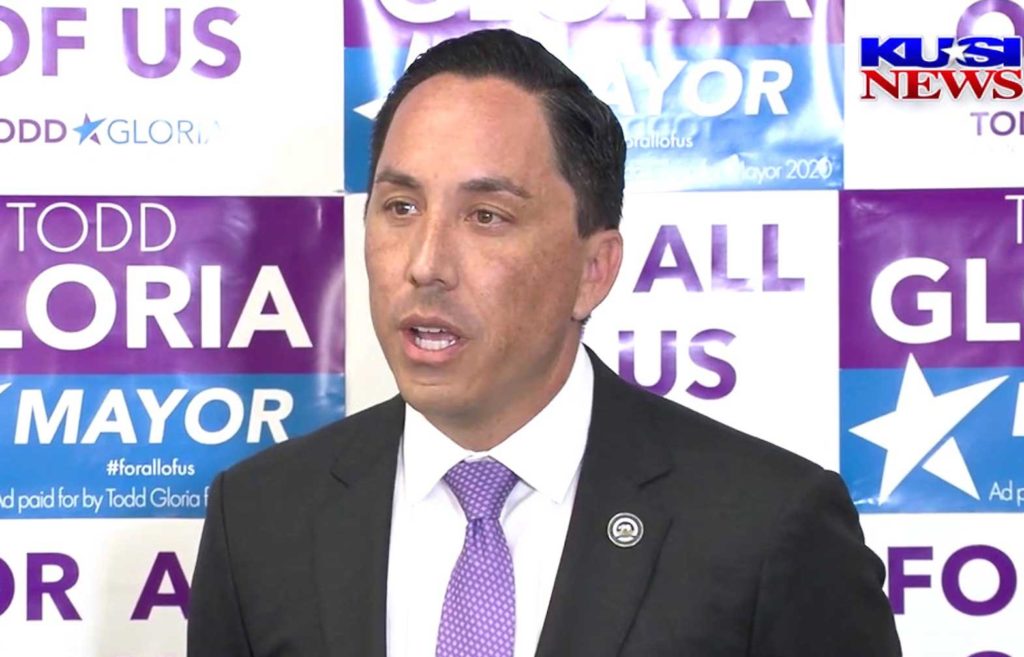 Mayor Todd Gloria has distinguished himself from his predecessor in three ways, according to a KPBS News report.

The city currently charges SDG&E fees in exchange for letting the utility to keep its gas and power lines on the public right-of-way.

Gloria is preparing to set new terms could include more money for the city’s general fund and stronger commitments to renewable energy, according to KPBS News.

Gloria’s predecessor was reluctant to legally punish businesses for violating and state restrictions aimed at stopping the spread of Covid-19. Many restaurants have been ignoring the state’s ban on outdoor dining.

Gloria, however, backs the restrictions and on December 30 signed an executive order directing the San Diego Police Department and City Attorney’s Office to cite and prosecute violators among the businesses.

Last week, a judge invalidated Proposition B, the 2012 ballot measure that denied defined-benefit pensions to all newly hired city employees except police officers.

The prevailing law requires cities to negotiate with unions representing their workers before cutting benefits. In 2018 the state Supreme Court found that the city had violated state labor law when it placed Prop B on the ballot, with the clear intent of evading that requirement to meet with the unions.

Gloria’s predecessor was one of Prop B’s original champions. Gloria, in contrast, opposed Prop. B and praised the judge’s decision last week to have the measure invalidated.

It remains to be seen how far Gloria’s alliance with city employee unions will go, as pandemic- caused budget shortfalls means negotiations public employee unions over salaries and benefits may get tougher, KPBS News noted.

MOST READ
usa Filipino’s mansion selling for $25M, the priciest in Orlando, Florida
usa Flying Saucers: What We Know of UAPs and UFOs
usa 8 Reasons Why You Should Subscribe to a Meal Kit Delivery Service
usa West Virginia man pleads guilty to sex with 14-year-old in PH
usa Pentagon ‘committed’ to understanding UFO origins
usa Project PEARLS to hold benefit for scholarships for the poor
usa Tesla removed from S&P 500 ESG Index and Musk tweets his fury
DID YOU KNOW?
How to Dispute a Debt and Win | Simple Tactics
The 12 Best Lat Exercises for Muscle Growth
Countdown to summer: tips for learning how to surf
User Guide: How to Track a Lost iPhone
The Best Filipino Food to Try When Visiting the Philippines
Water Filter Pitcher: The secret to having clean water at home