Trump to pardon over 100, but may not include self

Trump to pardon over 100, but may not include self 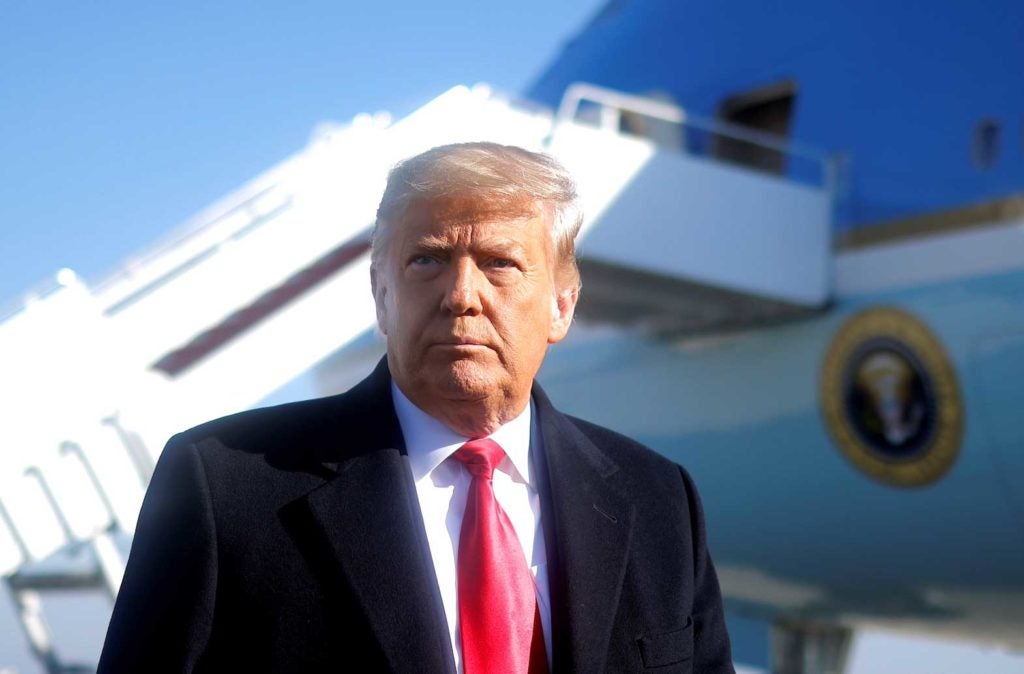 U.S. President Donald Trump looks on as he speaks to the media before boarding Air Force One to depart Washington on travel to visit the U.S.-Mexico border Wall in Texas, at Joint Base Andrews in Maryland, U.S., January 12, 2021. REUTERS/Carlos Barria

WASHINGTON – U.S. President Donald Trump at this point is opting not to issue a pardon for himself as he prepares an expansive list of more than 100 pardons and commutations for release on Tuesday, a source familiar with the effort said.

White House advisers have said Trump has privately debated with advisers whether to take the extraordinary step of issuing a pardon for himself but some administration officials have cautioned Trump against a self-pardon because it would make him look guilty.

Many scholars have said a self-pardon would be unconstitutional because it violates the basic principle that nobody should be the judge in his or her own case.

Others have argued that a self-pardon is constitutional because the pardon power is very broadly worded in the Constitution. Historical texts made clear that the nation’s 18th century founders discussed self-pardons, but opted not to include an explicit limitation on that power.

Trump was impeached by the Democratic-led House of Representatives last week on charges of inciting the storming of the U.S. Capitol on Jan. 6 by pro-Trump protesters. His case is to face a Senate trial and if convicted, he could be disqualified from seeking another run for the presidency in 2024.

The source, speaking on condition of anonymity, said so far Trump does not plan to pardon himself and also does not plan to issue preemptive pardons for members of his family, another subject he has discussed privately with advisers.

Trump, who has already issued two waves of pardons in the past month, met advisers on Sunday to finalize a list of more than 100 pardons and commutations, the source said.

CNN reported that Dr Salomon Melgen, a prominent eye doctor from Palm Beach who is in prison after being convicted on dozens of counts of health care fraud, is expected to be on the clemency list.

The source said the clemencies were expected to be issued on Trump’s last full day in office on Tuesday. Skipping the inauguration of President-elect Joe Biden, Trump leaves on Wednesday morning to begin his post-presidency at his Mar-a-Lago club in Palm Beach, Florida. His presidency ends at noon on Wednesday.