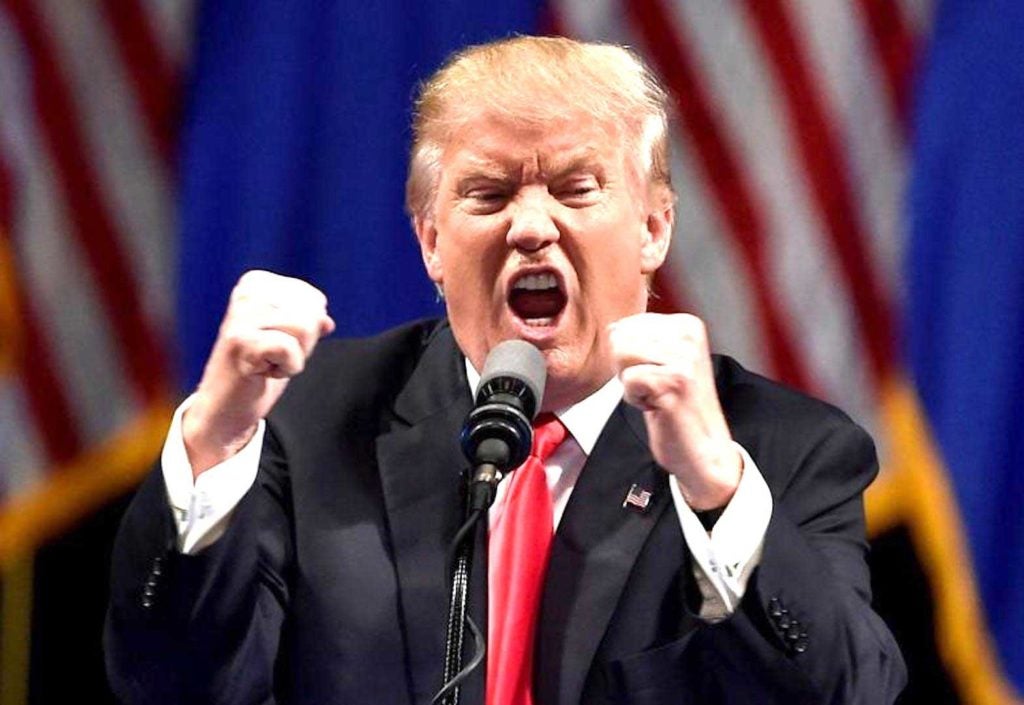 NEW YORK—On January 6th, Donald J. Trump instigated the rioting and invasion of the Capitol by right-wing thugs in an attempt to overturn the Congressional certification of Joseph R. Biden and Kamala Harris  as the next president and vice-president. It was an act of a demented narcissist who refused to accept the outcome of an election his own administration described as the most fair, honest, and secure in history. Fortunately, the attempted coup failed but not before it resulted in five fatalities—including a Capitol Police officer, ironically, a Trump supporter—the desecration of the legislative chambers, and the near-miss of these same thugs holding hostage and even killing Mike Pence and other legislators.

For this, Trump has been deservedly impeached again, the only time in US history that a president has been impeached twice. He has earned every vilification thrown at him. Equally deserving of vilification—and being booted out—are his Enablers.

It’s easy enough to pin numerous charges on Public Enemy No. 1, but Trump would not have gotten this far were it not for his Republican backers, who shot down the first attempt to expel him from the presidency. They stood by and encouraged him, all the while kissing his ass and licking his boots in a display of amazing dexterity. Acting as his Praetorian Guard, in a Faustian bargain, they overlooked the unhinged president’s criminal conduct—and their own assessment of his massive character faults in 2016—so long as he was their useful idiot, instrumental in furthering their corporate-friendly, environmentally harmful, judicially narrow, and racist agenda.

That the attempted coup transpired on January 6 is rich in irony. Two millennia ago, on that day in Bethlehem, the Magi made a pilgrimage to greet and honor the newly born Christ, with gifts of incense, myrrh, and gold. In this 2021 version, not the Magi but the MAGA horde came bearing “gifts” of faux patriotism, conspiracy theories, and a level of intelligence a rock would recognize.

Some Republicans, including at least two Cabinet heads, seemed to live up to the moment by having their own political epiphany, recoiling in apparent disgust over the dangerous, irresponsible, and criminally liable rhetoric of a demagogue. These sudden gestures of solidarity were welcome. But they were not due to epiphanies, if we are to go with Webster’s definition of the word: “a sudden manifestation or perception of the essential nature or meaning of something”; “an illuminating discovery, realization, or disclosure.”

These gestures were a way of avoiding responsibility, a washing of hands, of duplicitously acting as though they were men and women of conscience come to their senses.

Au contraire: these gestures were anything but acts of an awakened conscience. They were those of cowards and hypocrites, first-class opportunists, rats deserting a sinking ship. They were Enablers par excellence, a coterie led by honorable men as Mitch McConnell, Lindsey Graham, Kevin McCarthy, Jim Jordan, Ted Cruz, and Rudy Giuliani. For four years,  they looked on with benign and somewhat paternalistic attitudes as the one-man wrecking crew Donald J. Trump did his damnedest imitation of Godzilla.

Lindsey Graham: “Trump is a race-baiting, xenophobic, religious bigot. You know how to make America great again? Tell Donald Trump to go to hell!” Furthermore, “If we nominate Trump, we will get destroyed. And we will deserve it.” Graham would go on to become Trump’s golfing buddy.

Ted Cruz: “He doesn’t know the difference between truths and lies. He lies with practically every word that comes out of his mouth.” (Trump would later insult his wife, describing her as ugly, and imply that Cruz’s father was involved in the assassination of JFK.) In the aftermath of the November 3rd election, Cruz supported Trump’s baseless allegations of widespread voter fraud by proposing the creation of a commission to look into these charges. He not just turned the other cheek, but wagged his tail, begging Trump to pat him on the head.

Troubling too were the pitiful security arrangements. Why was the Capitol so easily breached? And the response to this mostly white mob seemed respectful, in contrast to the overly aggressive manner in which peaceful Black Lives Matter protesters last summer were treated.  When the rioters were exiting the Capitol, none were arrested. White privilege? No question. Trumpism has revivified the morally corrupt racial and cultural hierarchy that forms a large and dark part of the American ethos.

But there are also the lowercase enablers, people who should know better, but prefer myopia to a broader view.  There are Filipinos living here who have been among the most devout worshippers at the altar of Donald J. Trump. In spite of the abundant, clear-cut evidence of Trump’s racism and continued assault on democracy, they cling to the notion that their skin isn’t brown, that black is bad, and white is best—what I call PCTSD or Post-Colonial Traumatic Stress Disorder. They cling to these beliefs as those lost at sea cling to their life rafts.

The well-meaning and the believers in the goodness of America have said and will continue to keep saying, that what we saw on January 6th is not America. They mean well but in doing so overlook the fact that what we witnessed is also what America is. The dark side of this country has become so much more tangible, up close and depressingly personal, with Donald Trump as its avatar, attended to by his minions.

The Senate must now do the right thing: impeach Donald J. Trump and bar him forever from holding any public office. Copyright L.H. Francia 2021