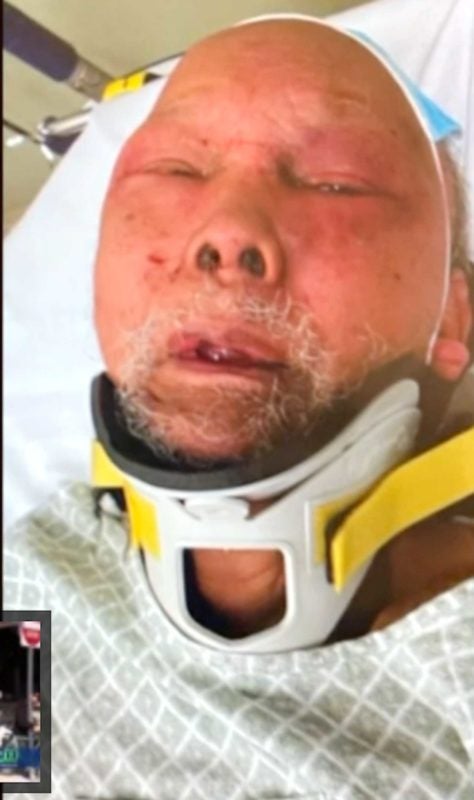 PHILADELPHIA — A New Year’s Eve home invasion left an 83-year-old Filipino man bound, gagged and with injuries that sent him to the intensive care unit.

Intruders broke into Mauricio Gesmundo’s North Philadelphia home and “duct-taped his legs, duct-taped his arms,” according to his son, Geo Gesmundo, who said he was “still in disbelief” over the horrible crime.

The perpetrators got away with over $30,000 that was in the home. Police said no arrests have been made as the investigation continues.

The elder Gesmundo is now in the ICU at Temple University Hospital with brain bleeds but in stable condition, according to a CBS News report.

Police said Gesmundo was beaten with closed fists around the head and face and was only found once his family returned to their home on Fairhill Street after celebrating the new year.

“I just don’t understand how anyone can do this to any human being, let alone an 83-year-old,” Geo Gesmundo told CBS News.

He said his father has lived in the home for 41 years and wants justice for a man that he describes as someone who would do anything for his family and his community.

MOST READ
usa Climate change may wash out traces of earliest Filipino settlers in U.S.
usa Open Letter to Manny Pacquiao
usa Kourtney Kardashian and Travis Barker have announced their engagement!
usa Nets’ Kyrie Irving’s vaccination stance threatens NBA season
usa ‘Yndios Luzones’ were in America before the Pilgrims
usa The best small business management tools for digital transformation
usa What is a DAO? – How does it unleash the power of blockchain?