Dear Trumpy Filipinos, are you still with him?

Dear Trumpy Filipinos, are you still with him? 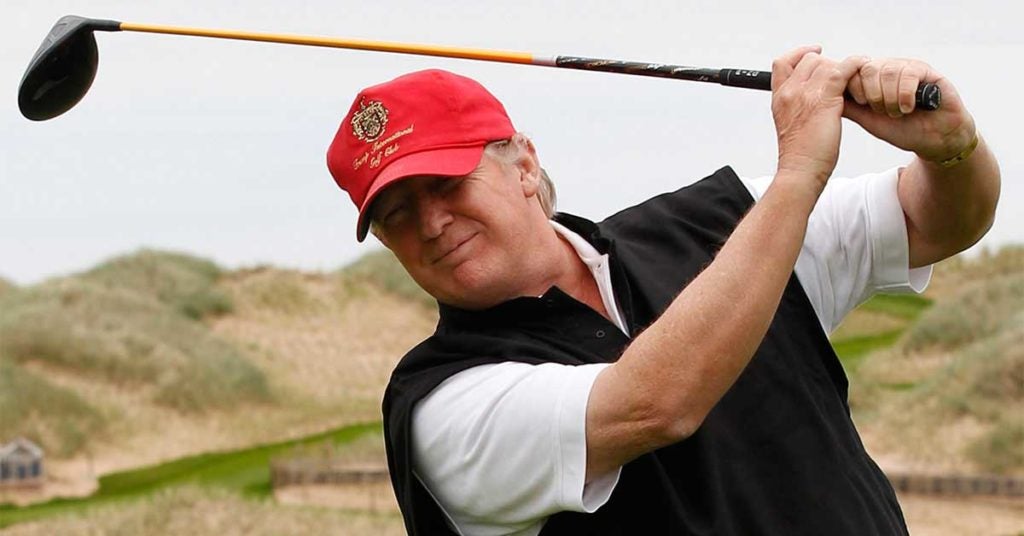 At every point of a major transgression in the four years of Trump, I’ve often wondered when blind loyalty to Donald Trump would end? Not just from Filipinos, but all Republicans.

After the Muslim ban? After mothers were ripped from their babies at the border? After the first closure of the government? After his ignorant “sh—hole nation” comment? After the impeachment? After the convictions of his campaign manager and close associates? And on and on.

Folks, we are dealing with arguably the least qualified, most corrupt president in American history, one who begins to make Duterte look like a statesman.

And yet at least a third of all Filipino Americans supported Trump in the last election. But now it seems he’s managed to screw himself. Just in the last week, Trump  vetoed the Defense authorization  bill because of a provision in it benefiting his archenemies. You mean Russia? China? Nope, the social media companies.

Trump also dragged his feet on a $900-billion pandemic relief bill that his last remaining allies, like Treasury Secretary Steve Mnuchin, helped get passed before Christmas. And then he betrayed Mnuchin and other Republicans and went home without signing the bill. The art of no deal?

I was celebrating my very Zoomy Christmas when news broke that Trump finally did cave and sign the bill on Monday.  Why? He’s setting us up for his final Trump con.

You can’t be the hero of the pandemic you helped spread if you don’t pass out some money to the people you’ve hurt.

And there are a lot of them. The millions of jobless in desperate need of assistance. The renters staving off eviction. The small business owners forced to shut down. The hungry Americans going without a meal.

Not to mention the friends and families of the more than333,000  people who died in our country in the Covid-19 war.

If you’re Trump, you’ve got to say that  as commander-in-chief you did something more than play another 18 holes. You’ve got to do something that really makes you the anti-populist populist that you are.

Trump could’ve vetoed the Pandemic Aid bill and let the Congress override him. But that gets him nothing. He’d have to brag about losing. And it doesn’t even matter about the additional $2,000 the House voted in Monday. Nor does the possible override of his Defense bill veto.

It’s coming. Just you wait. The big story of 2020 will be this–it never happened.

Just like the election. Just like the decisive Trump loss in the electoral college and the popular vote.  Just like climate change. And anything else you want to add to the Trump-molded season of denial.

You saw how many people didn’t wear masks and insisted on traveling and gathering for the holidays.  The deniers are real.

It’s the story of 2020, the year truth was challenged again and again and never fully restored. It will be the ongoing story of our times. We’ve got a few more weeks of Trump, and it’s likely to get worse, if the first batch of pardons are an indicator.

Pardons aren’t meant to allow bad behavior and shoot a middle finger at the rule of law.

Pardons are for showing mercy and understanding. Not for the self-dealing to reward loyalists willing to break the law to further the president’s interests. Flynn, Manafort, Stone, Kushner? Trump could have pardoned any number of people. How about those being held in immigration detention centers, or those being “iced down” for deportation and separation from families? That would show empathy, mercy, and understanding.

But the Trump pardons all come as if granted by the accomplice in the crimes being pardoned. And to make it all more unseemly, they’re topped off with a wink and a nod to white privilege.

Watch for more of the same to Trump family, friends, and even to himself, which would be the ultimate erasure of bad behavior in keeping with the 2020 theme.

But it did. We lived through it.

As I review the year, from last January to now, the stories are similar. They’re just variations of the con–the unfolding, ongoing con of the presidency of Donald J. Trump.

We kicked off the year with the impeachment of the president and his military killing Iran’s second in command, essentially an act of war done without Congressional approval.

Normal? No. But everyone went along with it. And those issues are long forgotten.

As long as Trump is president, by virtue of his position, we must pay attention—to him. He’s also managed to make every story about him, his reaction, or our reaction to his reaction, because he keeps acting unpredictably. Without empathy or care about his office, his people, our country, our democracy.

In an ordinary year, George Floyd, and our country’s continuing reckoning on race, , would have been the top story. It still is important.

But beyond the image of Officer Chauvin’s knee to Floyd’s neck, I will remember the Asian Americans tear-gassed on television during a #BLM protest at the White House.

And then Trump bringing in extra forces to move out the people so he could hold a bible at a church as a photo-op.

Even the biggest story, the pandemic, is all about what Trump did or did not do. He managed to make Asian Americans experience the ultimate in xenophobia—to be Asian in American and scapegoated for the virus, mask mandates, and lockdowns. All of it.

For Trump to joke about the “kung flu” or to continue to use the phrase “China Virus” or “Chinese Virus,” was inflammatory and reckless. He knew what he was doing. And the results were detrimental to our community. More than 3,000 Asian Americans experienced transgressions from others that ranged from angry epithets to violent knife-wielding rage.

And when we weren’t being maligned for being Asian, we were on the front lines fighting the virus, like the nurse Gem Scorp in Elmhurst. Queens, who tested positive for Covid while being forced to work without proper PPE.

But save this column because it’s coming. The denial. 2020? He’ll l say it never happened. Not the way we saw it. This column is your free inoculation, to reassure you that yes, it all happened.

Trump will say he saved us all by getting the vaccine in record time. He didn’t save us all. In fact, it’s still unclear if there will be enough of vaccine for everyone and whether the distribution will go smoothly. Experts say getting one dose is a waste. You need the second. At this point, we are short of the vaccinations goal so far, by about 19 million.

Trump will continue to say he acted quickly to deal with the virus, even though as Woodward’s book “Rage” points out, he didn’t.

Trump will look back at 2020 and continue to claim he is a victim of election fraud, even when the courts say he wasn’t.

He will claim he won, even when the votes say he didn’t. He will continue to lie persistently because at some point, people just give up and forget.

We can’t let the deniers win. Not on Jan 1, 2021. And not in 2024. Never forget? Like Pearl Harbor. Like other major events. The threat to democracy remains real as long as Trump is in power. Don’t forget that, especially in January, when I imagine Trump will make some last ditch effort to hang on to the office he hates.

He should know by now that though he may no longer be the president,  despite his denials, he’ll be wearing that 2020 sash forever. It was Trump’s ghastly and garish year. He made it happen, with the help of ninety-nine percent of the establishment Republicans. And the consequences are too real.

We’ll all be paying for it for a long, long time. But for now, it’s time for the country to unite behind one big idea: Trump is done.

Emil Guillermo is a journalist and commentator. He writes a column for the North American Bureau of Inquirer.net. See his vlog at www.amok.com