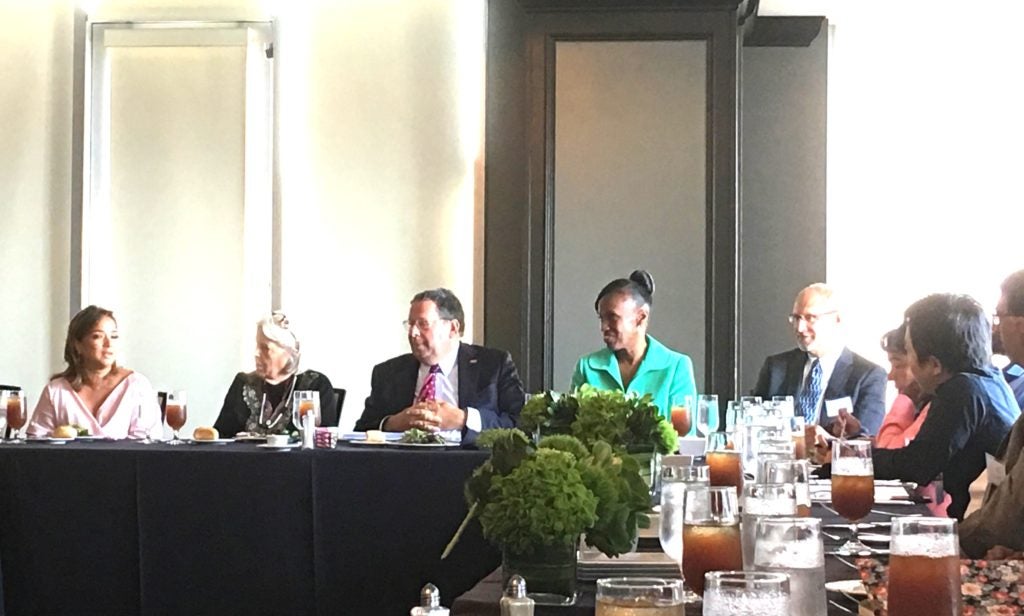 SAN JOSE, California –Despite its global reputation as a cradle of technological innovation, California has an internet connectivity problem – and Silicon Valley is no exception.

Among California residents making more than $75,000 a year, some 94 percent have access to the internet in their homes. But among those earning less than $35,000 a year, the percentage goes down to 62%.

That’s according to David Cohen, the senior executive vice president of Comcast, speaking at a luncheon for ethnic media in San Jose.

It’s meant that what Cohen calls “the transformative nature of the internet” – its capability to equalize access to information – has only been transformative for certain people, and hasn’t been equal at all.

Comcast’s Internet Essentials program, now in its sixth year, is “an attempt to close the digital divide,” says Cohen. The national program provides a low-cost broadband internet connection (less than $10 a month) to certain low-income households. Qualifying households have the option to also purchase a desktop computer or laptop for less than $150, and have access to digital literacy training.

Comcast just announced the expansion of Internet Essentials to San Jose with grants to four local nonprofits to support digital literacy, in addition to adding San Jose to a growing list of cities where there’s a pilot program in low-income senior housing.

For the most part, families are eligible if they have children who qualify for the National School Lunch Program. Over time, Comcast has been increasing eligibility for the program – it’s now open to residents who receive federal housing assistance as well.

Nationally, some 4 million people now have an internet connection because of the program.

A UC Berkeley Institute of Governmental Studies poll in June of this year found that the individuals least likely to have an internet connection were those earning less than $20,000 a year, those who lack a high school degree, those with disabilities, immigrants, seniors, and Spanish-speaking Latinos. Cohen notes that more than half of the people now connected through Internet Essentials are Hispanic.

The need to level the playing field around internet access is becoming more urgent, says Cohen, as the opportunity to access information about jobs, education, health care, and current events has largely moved online. And it’s not just adults, he notes – it’s now common for kids to need an internet connection in order to do their homework.

Indeed, the Berkeley survey found that nearly 90 percent of households with children use their internet connection to assist with a child’s homework. And more than a third of residents lacking an internet connection reported feeling disadvantaged when it comes to accessing education, health information, and the news.