U.S. loses one life to COVID-19 every 33 seconds in deadliest week

U.S. loses one life to COVID-19 every 33 seconds in deadliest week 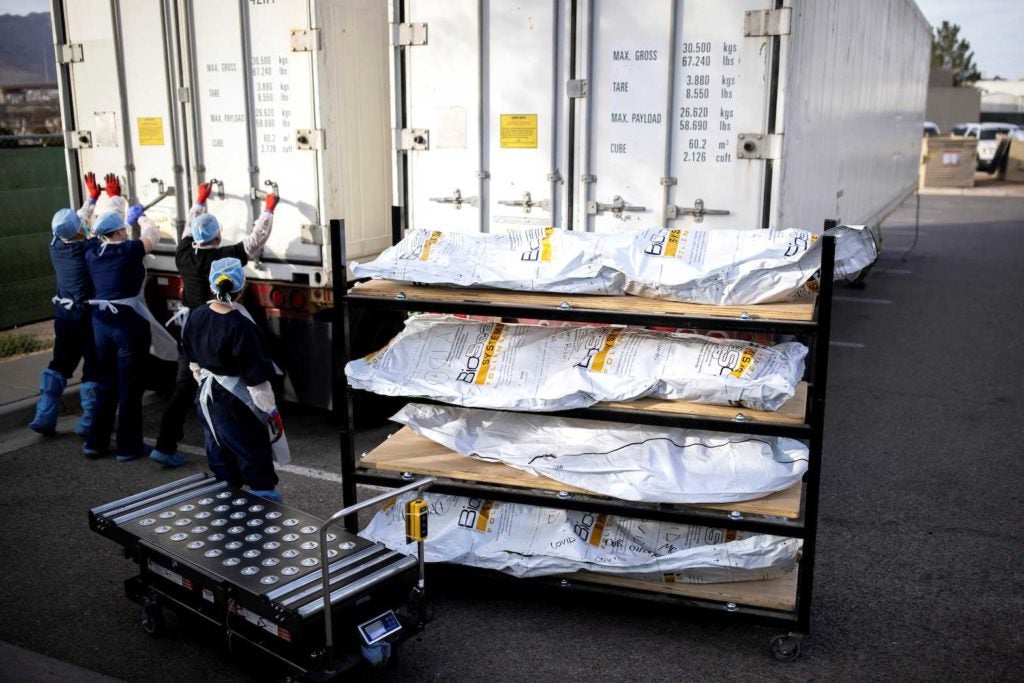 In the United States last week, someone died from COVID-19 every 33 seconds.

The disease claimed more than 18,000 lives in the seven days ended Dec. 20, up 6.7% from the prior week to hit another record high, according to a Reuters analysis of state and county reports.

Despite pleas by health officials not to travel during the end-year holiday season, 3.2 million people were screened at U.S. airports on Friday, Saturday and Sunday.

Health officials are worried that a surge in infections from holiday gatherings could overwhelm hospitals, some of which are already at capacity after Thanksgiving celebrations.

And while the country has begun to administer two new vaccines, it may be months before the inoculations put a dent in the coronavirus outbreak.

The number of new COVID-19 cases last week fell 1% to nearly 1.5 million. Tennessee, California and Rhode Island had the highest per capita new cases in the country, according to the Reuters analysis. In terms of deaths per capita, Iowa, South Dakota and Rhode Island were the hardest hit.

Across the United States, 11.3% of tests came back positive for the virus, down from 12% the prior week, according to data from the volunteer-run COVID Tracking Project. Out of 50 states, 31 had a positive test rate of 10% or higher. The highest rates were in Iowa and Idaho at over 40%.

The World Health Organization considers positive test rates above 5% concerning because it suggests there are more cases in the community that have not yet been uncovered.