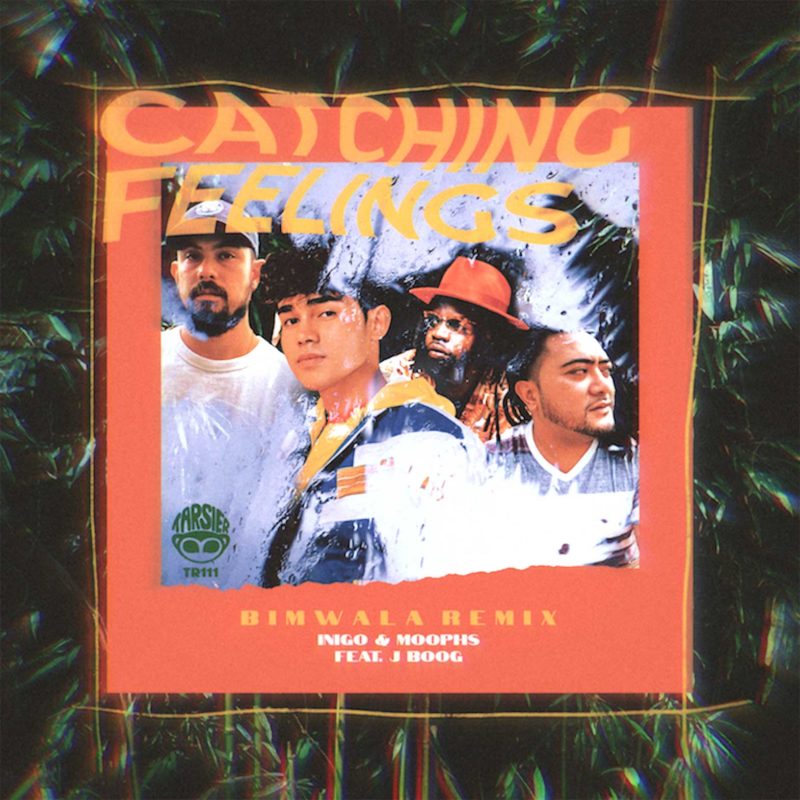 LOS ANGELES — Filipino artist Inigo Pascual was at a magazine cover photo shoot in New York when the idea for a reggae remix of his 2019 hit “Catching Feelings” was born.

Someone on set had begun playing it on guitar and singing a reggae version of it, prompting a conversation about how great it would be to record a version of it in that genre, he said in an email.

It didn’t take too long for the idea to come to fruition.

During his world tour last year for the original single, Pascual met two-time Grammy nominated reggae producer Bimwala, who sent a remix of the song a few months after their meeting. Pascual said that as soon as he and his team heard the song, they knew they wanted to release it.

The latest remix of “Catching Feelings,” featuring reggae and African elements, and an added verse from reggae artist J Boog, was released Friday on all music streaming platforms.

Roslynn Alba Cobarrubias, ABS-CBN Global head of music & myx Global Platform, said in an email that the collaboration is the first across Asia, the U.S. and Africa. She added that this is the first time a song written by an artist born in the Philippines was played on top U.S. terrestrial radio stations, including 99 Now in San Francisco, IHeartRadio’s Jamn 95.7 San Diego with Dennis Blaze and Power 98 in Guam.

The original song, released last year, had already been remixed a number of times. Some of the collaborations feature rapper Ruby Ibarra and an acoustic version with producer Moophs. Pascual said the previous remixes of the song have been great in their own way, the latest one is Pascual’s favorite because he can imagine it being performed at a big music festival with people singing along and dancing to it.

“When I was in Hawaii, I loved listening to the radio and how their radio stations play island and reggae music that adds to the vibes when you are there,” he said. “I think this song fits not only those stations but anyone’s playlist of ‘feel good’ songs.”

In creating the remix, Bimwala reached out to J Boog, who in a statement said he was excited to participate in the project. He also said he was inspired to write the third verse after listening to the lyrics Pascual wrote.

Pascual said the song itself has a happy vibe, while the lyrics illustrate the vulnerability of someone developing feelings for another person.

“In Tagalog we describe it as ‘kilig,’ and I feel like a lot of people aren’t able to express that sometimes,” he said. “I wanted to write a song that could explain that feeling for them.”

J Boog said the verse he wrote came from the perspective of an older brother looking at an iffy situation of a person getting into a relationship because he started catching feelings for a girl.

“By giving him insight on my personal experiences – I wanted my words to show ‘catching feelings’ is more than just falling in love with a pretty face,” he said. “There’s so much more to love than what a smile can bring.”

Pascual said he hopes the latest remix of “Catching Feelings” will help listeners get through whatever they may be enduring at this time, particularly with some cities going through a second lockdown and the difficulties of the coronavirus pandemic.

“People have experienced challenges from being in long distance relationships in quarantine to not getting to travel to their favorite destinations, and [I hope] this song, when people hear it, puts them in a good mood.” he said.