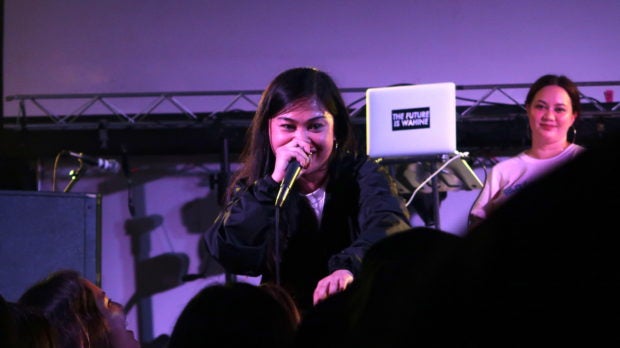 HONOLULU — This has become quite the year for Filipina American rapper Ruby Ibarra. From her album Circa91 soaring among Millennials to the scholarship program she created for women of color, the Filipina rapper is beginning to make her mark in the world.

Recently, Ibarra even traveled to the islands to headline in a fundraiser concert for the ethnic studies program at the University of Hawaii.

“It was very timely because we are working on the second and third leg of the Circa91 tour right now so we are continuing to promote the album, and it just so happened that they wanted to create a show for the spring time right now on campus and we would definitely want to have a tour date in Hawaii as well,” Ibarra explained.

Ibarra’s earliest memory of music, specifically with rap, began when she was a little kid. When her family moved to California from Tacloban, Philippines, the only album her mother brought with her was a small cassette tape by one of the pioneers of hip hop in the Philippines, Francis Magalona. This was the only music that would play in their house for the first year of living in the United States, and it came to the point where Ibarra memorized all the lyrics.

“Being a little kid at the time, I didn’t fully grasp the concepts and themes that Francis Magalona talked about in his music; but now reflecting back and thinking about it, it’s kind of beautiful. It came full circle,” Ibarra stated. 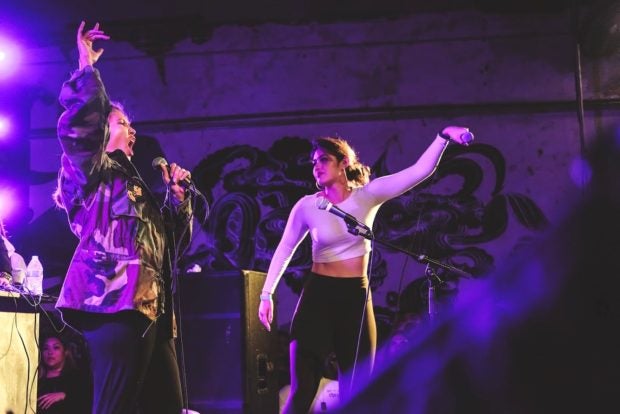 “The artist that I am now and the topics that I talk about are pretty much aligned with what Francis was talking about in that album. This was during the early 90’s and he was talking about things like colorism and social political justice,” Ibarra added.

Ibarra naturally gravitated to hip hop because of its very rhythmic nature and the sound it brings to the ears. Hip hop has a long history in the San Francisco Bay area where the rapper resides; it’s the soundtrack of their neighborhoods.

Just like Francis Magalona, Ibarra talks about social justice and colorism in her music, sharing her personal experiences growing up. She relates how her aunts constantly compared her light skin tone to her sister’s darker one and added negative connotations. As a little girl, she was instructed to use whitening soaps, lotions, and other beauty products.

“It wasn’t until college where I took Asian American Studies courses and read about Filipino literature was I able to start a dialogue with my peers and my mother. I got a better grasp of what colorism was and why it is still prevalent,” Ibarra stated.

For freshman Ciera Lasconia, playing a part in the planning of Ruby Ibarra’s concert meant a lot. The student of Filipino, Hawaiian, Spanish, Chinese, and Portuguese ancestry grew up on the eastside of Kaneohe and attended Kamehameha schools, becoming more immersed in her Hawaiian culture. She did not begin to learn about her Filipino roots until she attended the University of Hawaii at Manoa and joined the Ethnic Studies Student Association.

“Something that ESSA has been doing for a long time is hosting artists who make really meaningful music. Professor Rod helps the talented artists and activists come and what we do for the association as a fundraiser is we have a concert,” Lasconia explained. “Every artist that we had at the concerts talked about activism, identity, and their place on the island as an individual.”

Before the concert, ESSA holds an event called “Inside the Ethnic Studies Studio,” where Professor Rod would bring an artist in and hold a Q and A. This brought in many Filipinos, much to Lasconia’s surprise because she never saw that much representation on campus before. The event sparked a lot of emotion and inspiration as people shared that the impact that Ruby Ibarra’s music brought.

“I want people to know that this was not only a concert. This was a tiny piece of movement towards being proud of being Filipino or whatever ethnicity you are and just showing that women in the community are very powerful,” Lasconia stated.

“I have never experienced that feeling of standing around a bunch of other people who were Filipino and we were all collective and proud of our heritage. I can’t thank Ruby Ibarra enough for allowing me to experience that feeling, for being proud to be Filipino,” Lasconia further shared.

Initially, Ibarra believed that the end game of a music career was winning a Grammy and getting signed to a major record deal. But seeing the impact her music has on a lot of people is something that she could not wrap her head around.

“It leaves me speechless to know that these themes resonate with a lot of people and people can identify with. They feel like they can see themselves in the music. It has made me realize that as an artist, my ultimate goal is to just continue creating music that people can relate to and making sure that people have a voice.” 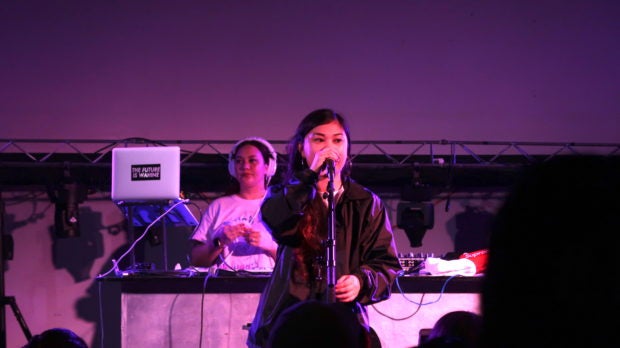 As a Filipina American, Ibarra has had her share of doubting her identity and wondering if she was ever Filipino enough. With Circa91, she hopes people feel represented in some way, despite her limited ability to represent vast experiences of the immigrant story. The success of her album has received has served as a reminder that people are waiting for their stories to be told and do want to have a voice and feel represented.

“I think it’s a matter of people using their voice, whether it’s through poetry, music, art, or stories,” Ibarra stated. “Creating our own stories and own representation can make the younger generations can see that we don’t have to look a certain way and that we don’t have to have that colonized mentality of thinking that we have to have that mestiza look or that white look. It’s really a matter of engaging in these deep conversations with our families and something that we need to continue the conversation.”