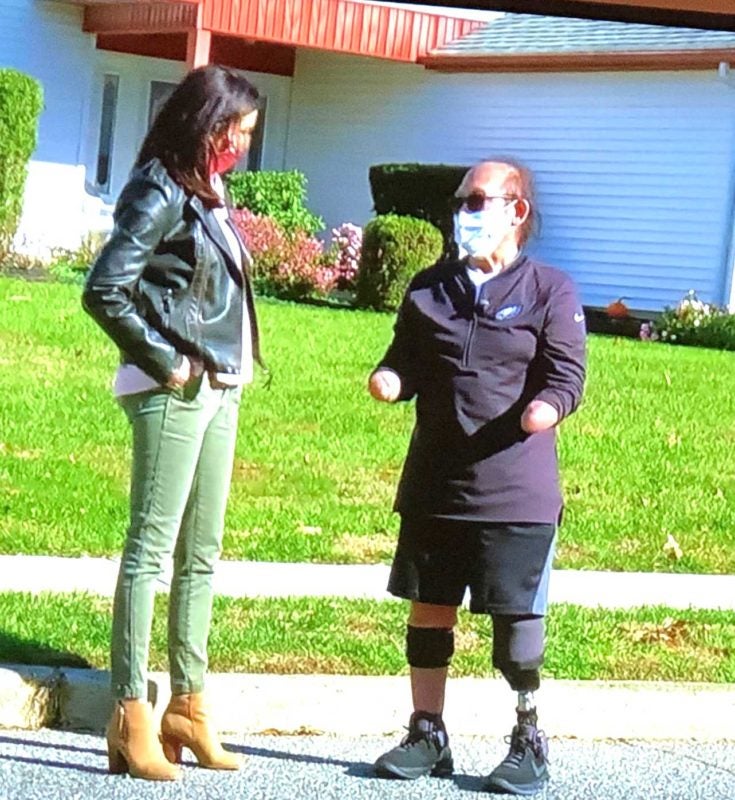 Karate master Mark Torregosa had won raves for his quick moves with his arms and legs.  In a twist of fate, however, he had to lose his limbs in order to live, earning admiration from the hosts of a national daily television program that closed their Monday, Dec. 7 episode with his “message of resilience.”

CBS This Morning co-anchor Gayle King introduced the “remarkable story of perseverance and recovery” about the 64-year-old Filipino American who credits his “miraculous” survival in his “faith in God,” according to reporter Meg Oliver.

Torregosa enjoyed good health, said Oliver.  And yet in April, a strange feeling overcame the husband, father and grandfather.  A little discomfort did not deter him from reporting to the martial arts studio, thinking he could expend the malaise with a good workout.  But what he had contracted was more than the onset of the flu. It was the virus that the world knew nothing about and that would be especially deadly to people around his age with pre-existing medical issues. 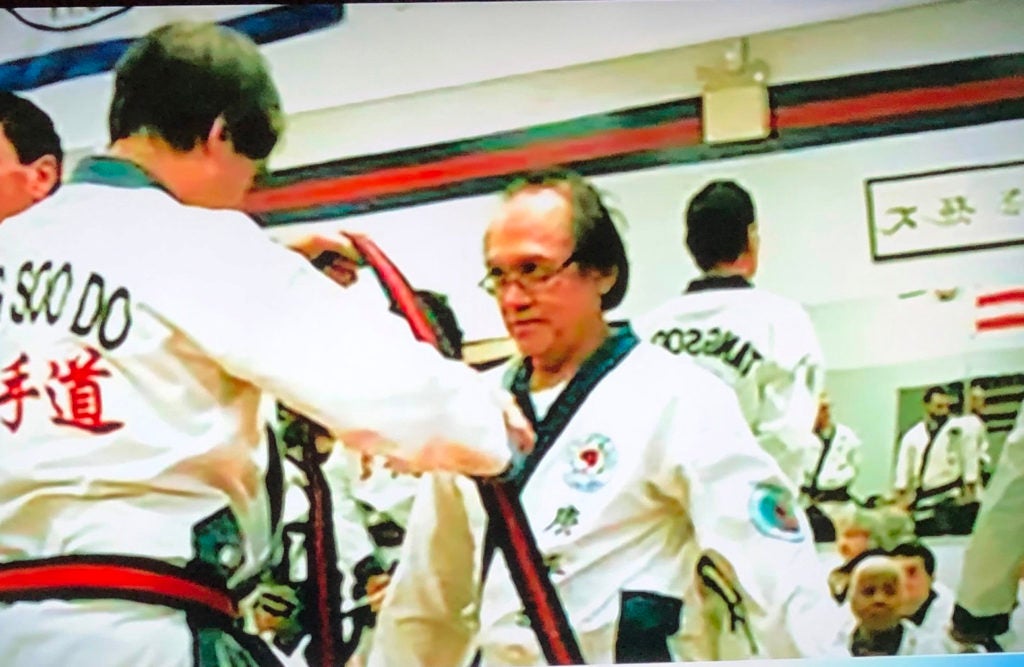 The medical technologist is also a karate master.  Screengrab by CMQUEROL MORENO

Torregosa became among the earliest to contract Covid-19 and one of the lucky ones to survive the mysterious illness.

The report did not cover how he was infected.  Nor did it say that his wife, Alina Torregosa, is a renowned RN and nursing director in the New Jersey, which INQUIRER.net learned from her social media accounts after reaching out the family by phone and email (the family has not responded as of press time) .

By the time Torregsa got home the day he felt under the weather, he was running a temperature, battling chills, and barely catching his breath.  Before the night was over, he suffered two cardiac arrests.  Rushed to the hospital, he was found to have acute respiratory stress syndrome — fluid flooding his lungs — that kept him in the ICU for three weeks.

His condition worsened with his extremities turning purple because severe obstruction of the arteries were reducing oxygen flow to his lower limbs.   Called Limb Ischemia, the condition is characterized by pain, pallor and pulselessness, among some symptoms. 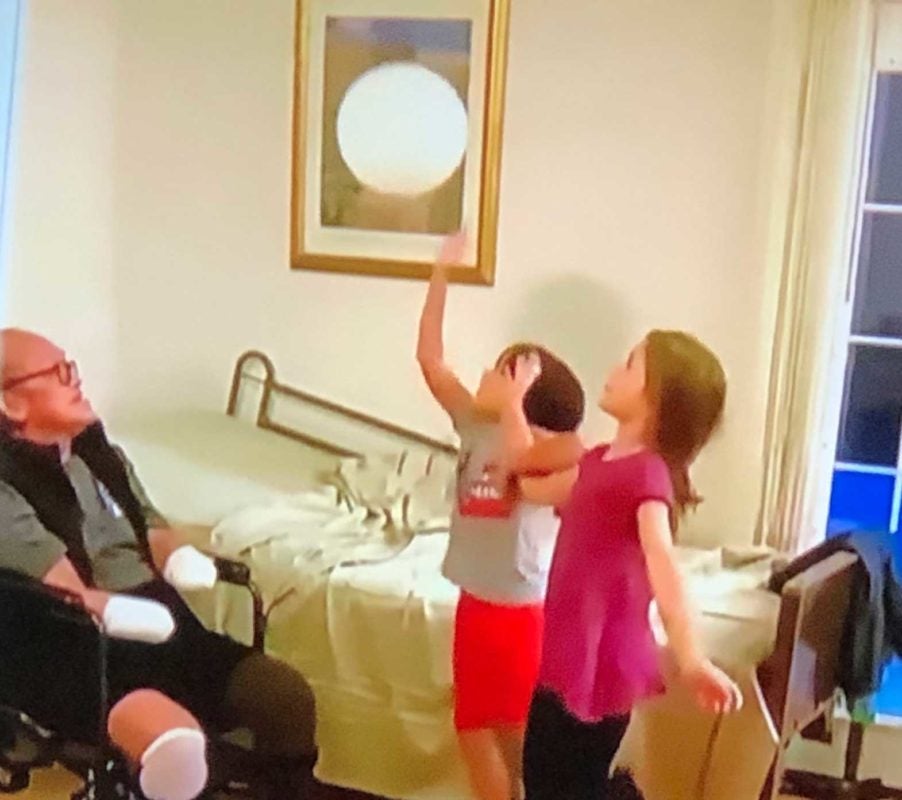 Critical limb schemia may be treatable in some cases, but not in this one.

Son Chris Torregosa could hardly hold back tears recalling how tightly he hugged his father upon arrival at the hospital “not knowing if it would be the last time,” given the grim outcomes of the contagion.

The next recourse rested on authorization from the Torregosa family.  They weighed the consequences, considering the athletic patriarch’s strong sense of independence.  With hesitation, they gave consent to have both his arms, left leg and part of his right leg amputated.  It was the only way he would survive. 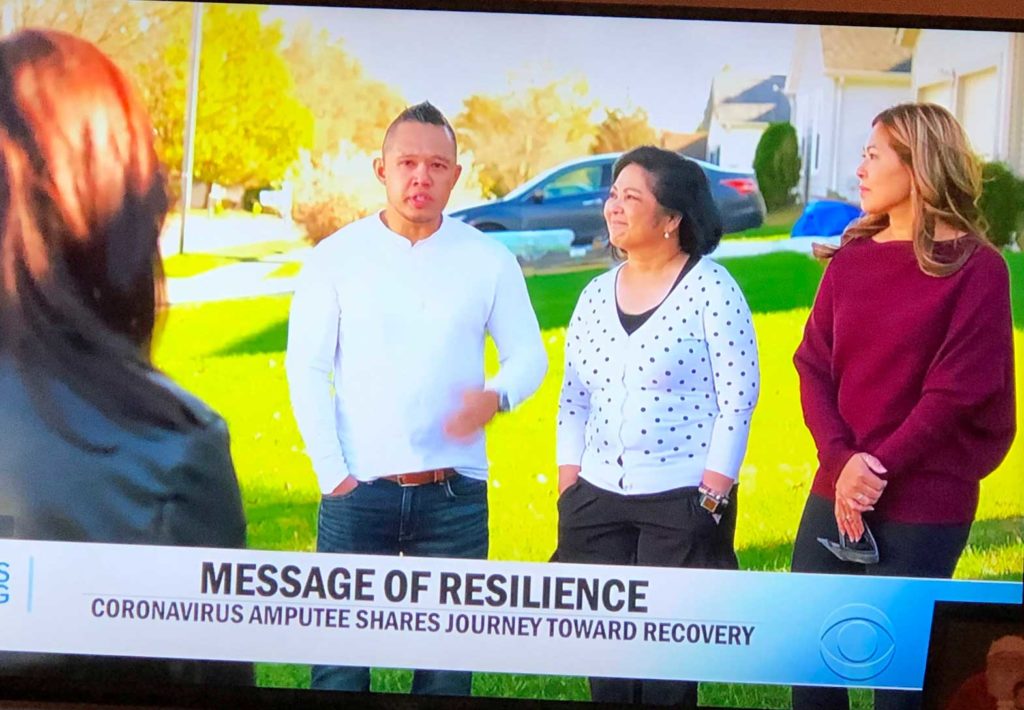 “We really thought he might be angry for a while, like he might be depressed he’s gonna have to rely on us… for the things that he was able to do, when he was awake,” daughter Pamela Costagnola told Oliver.

Their concerns proved unfounded.  Post-surgery, Torregosa did not question his family ‘s decision for amputation, trusting how they came to the conclusion.  His thoughts hovered on the future rather than the past.

“I never thought of the amputations at all or linger on the thought of losing my limbs,” Torregosa said.  His contemplated how to get up, learn to walk again.  He already began exercising his brain.

“The best weapon is the mind, everything else goes through the mind; your choices — physically, spiritually, it’s always the mind,” he made a self-fulfilling declaration.

Though his body ailed, his brain was sharp as ever.  A medical technologist by profession, Torregosa needed no coaxing to get moving with physical therapy.  In about two weeks, he was up and about, ready to indulge in favorite activities — karaoke with his wife, playing with his grandchildren, strolling in the sunshine. 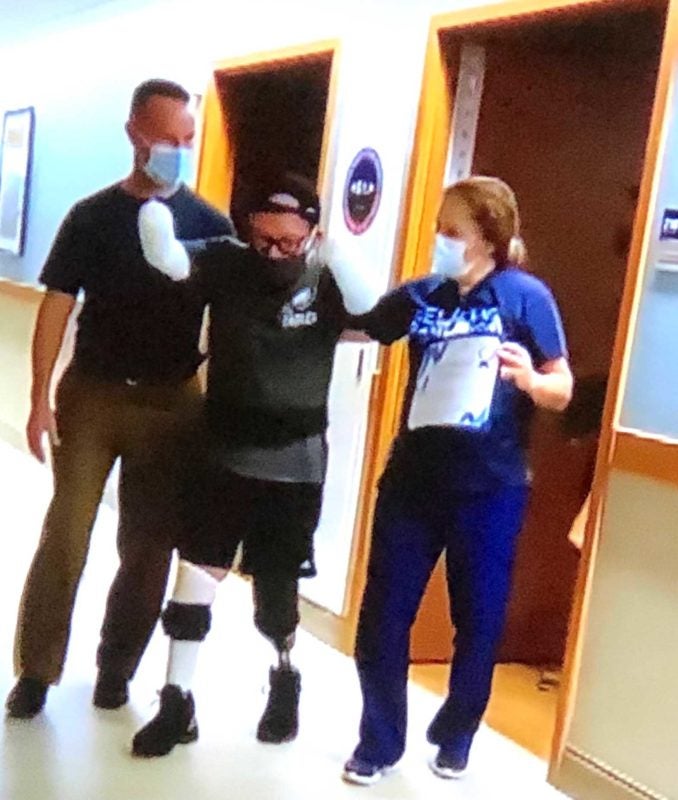 He spent 98 days in hospital to be discharged on his own, sans assistance, hoisting his arms victoriously.  “Believe it or not I’m so happy to breathe, I’m just happy to live for the day” he expressed gratitude, and enthusiasm for his therapy sessions ongoing to this day.

Alina Torregosa said she was elated to spend “every waking moment” together.

Torregosa did not mind that millions would see him on diverse media platforms re-learning how to feed himself, rolling on his stomach to get up on his knees when previously he could stun with a vicious hack and flying kick.

The entire family is loyal to the Philadelphia Eagles.  Screengrab by CMQUEROL MORENO

His interviewer summed up his motivation to be featured in a network marquee program as a way to educate viewers to understand the cost of the illness that has claimed over 275,000 to date in the United States and infected millions around the planet.

“Sometimes we don’t believe what we don’t see,” Oliver quoted Torregosa. “He wants people to see the devastating impact that he  suffered as  a healthy person so hopefully more people will take it (Covid-19) seriously.”