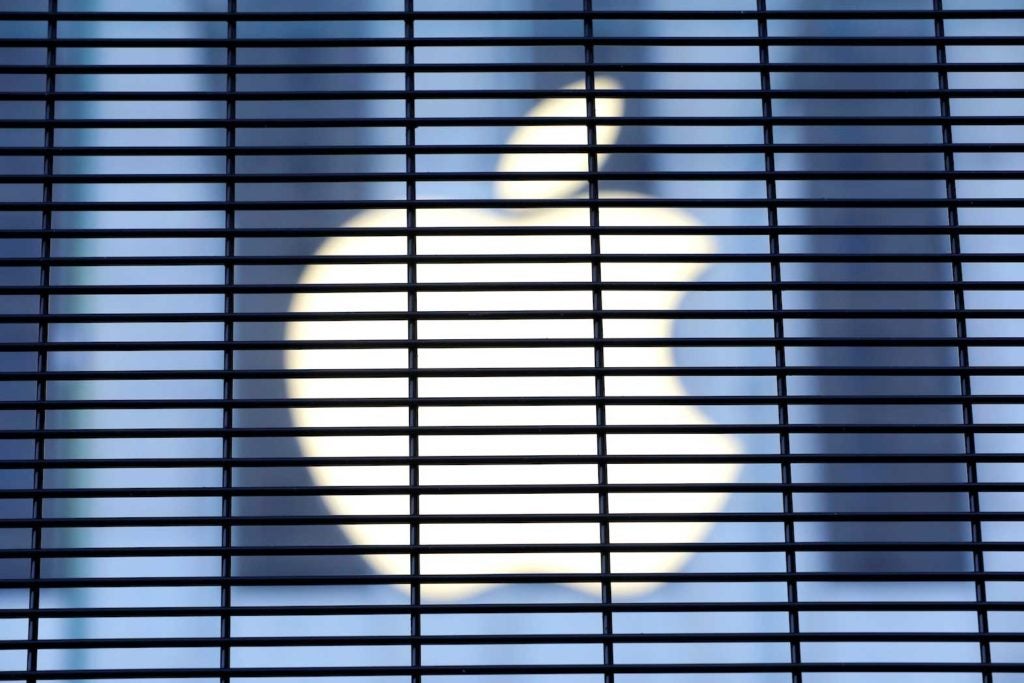 The Apple logo is seen through a security fence erected around the Apple Fifth Avenue store as votes continue to be counted following the 2020 U.S. presidential election, in Manhattan, New York City, U.S., November 5, 2020. REUTERS/Andrew Kelly

Apple Inc. said on Wednesday it plans to start a program to lower its App Store commissions for software developers who make $1 million or less in proceeds each year from the store, but some of the company’s critics called the move “window dressing.”

Apple takes a 30% cut of most purchases made on the App Store, although the commission drops to 15% for subscriptions that remain active for more than a year.

The iPhone maker said developers will automatically get the lower 15% rate if they generate $1 million or less in proceeds – defined as the portion of store purchases that the developer keeps – in a calendar year.

Apple’s App Store fees and rules have come under fire from large firms such as Microsoft Corp <MSFT.O>, Spotify Technology SA <SPOT.N>, Match Group Inc <MTCH.O> and Epic Games as well as startups and smaller companies that allege the fees deprive consumers of choices and push up the price of apps.

“This would be something to celebrate were it not a calculated move by Apple to divide app creators and preserve their monopoly on stores and payments, again breaking the promise of treating all developers equally,” Epic Games Chief Executive Officer Tim Sweeney said.

In reply to its critics, the iPhone maker had said its rules apply evenly to developers and that the App Store provides an easy way to reach its huge base of users without having to set up payment systems in the 175 countries where it operates.

The move will affect a broad swath of developers, but it was unclear how big the financial impact would be for Apple.

Moody’s estimates that lower commissions will impact less than 1% of Apple’s revenue and operating profit and it will benefit from the goodwill from thousands of small developers.

“Apple’s announcement that it cut its commissions in half for software developers earning less than $1 million annually from its App Store is credit positive,” said Raj Joshi, Moody’s senior credit officer.

Based on the publishers it tracks, analytics firm Sensor Tower said 97.5% of iOS developers generated less than $1 million per year in gross consumer spending. But those same developers contributed only 4.9% of the App Store’s 2019 revenue.

However, Gene Munster of Loup Ventures, a longtime Apple analyst, estimated the small developers covered under the program make up 20% of Apple’s App store revenue. He lowered his estimate for Apple’s store revenue in its next fiscal year to $14.2 billion, a $1.6 billion reduction from his estimate before the policy change and about 0.5% of Apple’s overall revenue.

The App Association, a group sponsored by Apple, said in a statement the “reduced commission for small businesses will allow them to put additional resources towards scaling up and innovating new products and services.”

Match Group said Apple’s rules still forced developers to use its payment system even when Apple competes against those developers.

“And if you manage to grow your revenue over $1 million, they then double their cut – arbitrarily – making it even harder for the startup to continue to grow,” the company said.

Spotify, which is pursuing an antitrust complaint against Apple in Europe, said it hopes “regulators will ignore Apple’s ‘window dressing’ and act with urgency to protect consumer choice, ensure fair competition, and create a level playing field for all.”

Apple said the new program will start on Jan. 1 and it will give more details on which developers qualify next month.