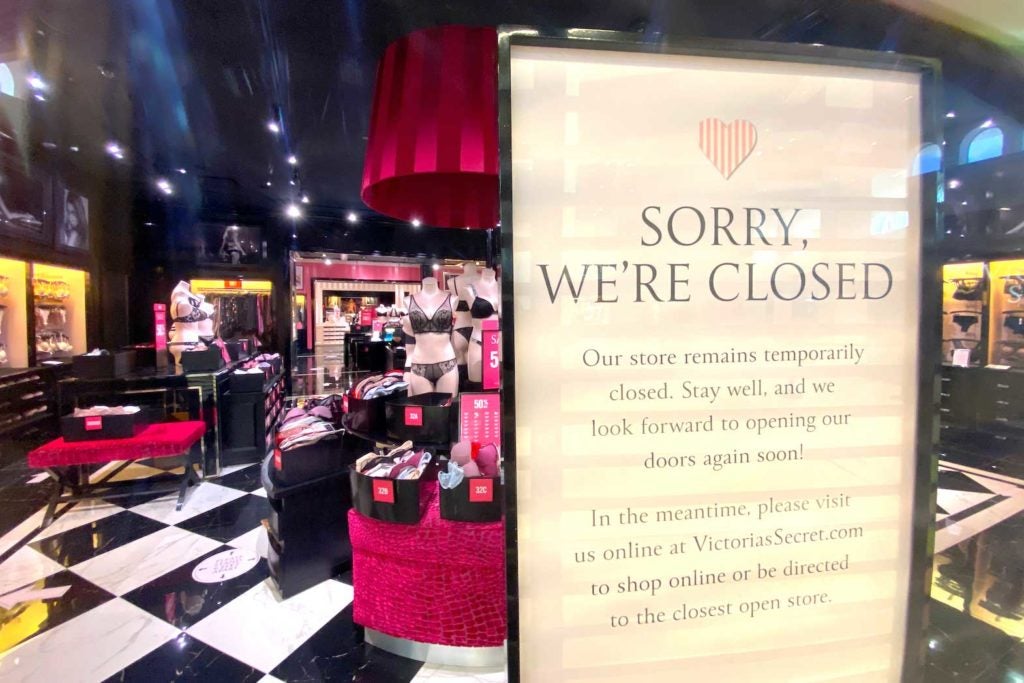 A closed Victoria’s Secret store is seen at an indoor shopping mall before the mall closes again due to new restrictions by the State of California during the global outbreak of the coronavirus disease (COVID-19) in Carlsbad, California, U.S., July 14, 2020. REUTERS/Mike Blake

The coronavirus is a bigger risk to the U.S. economy than a prolonged dispute over the presidential election result, according to a Reuters poll that showed the near-term economic recovery was slowing more than previously thought.

With around 11 million COVID-19 cases, the United States is by far the hardest-hit country and while a potential vaccine provides some optimism the outlook remains uncertain, the Nov. 10-16 poll of over 100 economists found.

The recent progress toward COVID-19 vaccines pushed Wall Street shares to a record closing high last week, despite a surge in new cases and jitters over President Donald Trump’s refusal to concede the U.S. election to Joe Biden.

Over 90% of economists, or 53 of 57, said elevated coronavirus cases were the bigger risk to the economy for the remainder of this year rather than further uncertainty surrounding when the election results will be made official.

Asked if their forecasts were based on recent progress of a COVID-19 vaccine, 57 economists who responded to a separate question were almost evenly split, suggesting the tonic for Wall Street sentiment is not yet seen as a full public health and economic turning point. With no prospect for swift new spending support from Congress, the economy, now adrift, may weaken again.

“Fiscal support has largely dried up for now, leaving disposable income lower in the final months of the year. But the largest risk is that the third wave of the coronavirus is likely to worsen with colder temperatures,” said David Mericle, chief U.S. economist at Goldman Sachs.

“Renewed lockdowns in Europe are a reminder that the U.S. also faces significant downside risks this winter.”

It’s been whiplash for the economy this year, plunging into the deepest contraction in at least seven decades of 31.4% in the second quarter to the fastest-ever expected growth of 33.1% last quarter.

Gross domestic product (GDP) was forecast to grow an annualized 3.7% this quarter and 3.0% in Q1, a downgrade from 4.0% and 3.7%, respectively, predicted last month.

Those were the sixth and third consecutive monthly downgrades, respectively.

The range of forecasts, -5.6% to +7.4% for this and next quarter, highlights exceptional uncertainty despite these surveys’ solid track record for accuracy this year.

“We suspect manufacturing, construction and most retail will remain open, but restrictions on other sectors will still come at a huge economic cost with millions of jobs potentially at risk,” said James Knightley, chief international economist at ING.

“We fear the December-January period will be tough on both a human and an economic level with a probable negative GDP print for the first quarter.”

In the interim, much will depend on public health through the coming winter months.

U.S. Federal Reserve Chair Jerome Powell and European Central Bank President Christine Lagarde both say the economy was still in for a tough time even if the development of a potential vaccine was reason for some optimism.

“One of the biggest unknowns about the Biden administration is how it will approach China. It is possible tensions will ease, as the president-elect seeks to boost the economic recovery,” said Kevin Loane, senior economist at Fathom Consulting.

“However, it appears equally likely the Biden administration will be more effective in rallying U.S. partners to impose restrictions on their economic links with China, perhaps worsening U.S.-China trade relations as a result.”