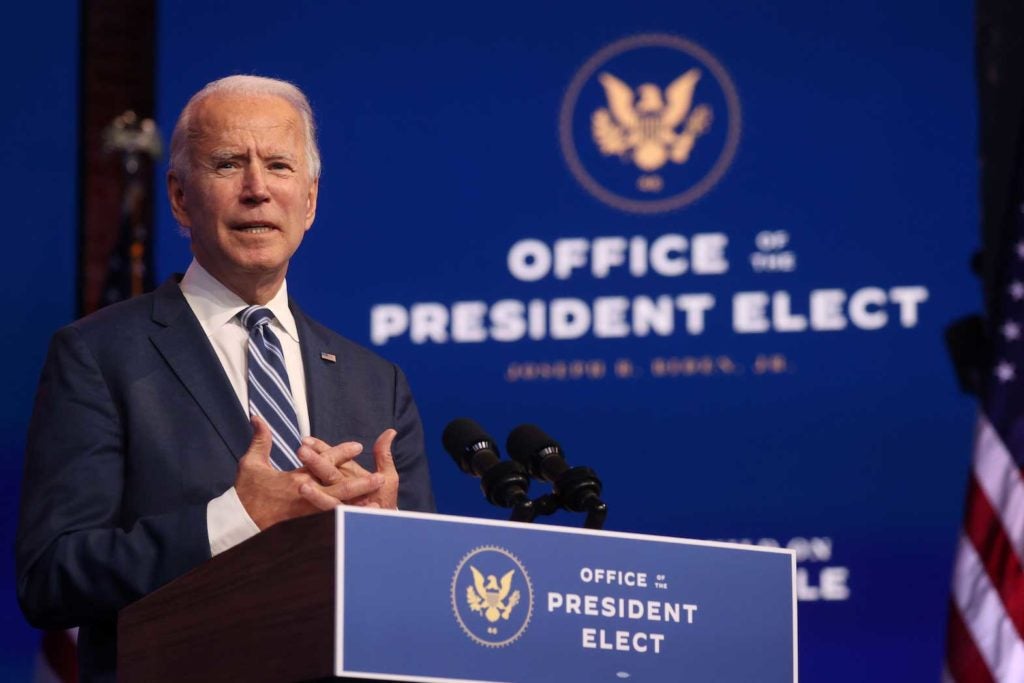 WASHINGTON – U.S. President-elect Joe Biden will further lay the groundwork for his new administration on Wednesday as President Donald Trump pursues a flurry of longshot lawsuits challenging the election results in an effort to cling to power.

Trump has declined to concede, instead lodging unsupported charges of election fraud that have gained little traction.

Judges so far have tossed out lawsuits in Michigan and Georgia brought by Trump’s campaign, and legal experts say the litigation has little chance of changing the outcome of the Nov. 3 election.

Nearly 80% of Americans, including half of Republicans, say Biden is the rightful winner, according to a Reuters/Ipsos poll released on Tuesday.

Trump’s refusal to accept defeat, even as world leaders congratulate Biden and look to their future relations, caps a tumultuous four years in office with the United States deeply polarized, ravaged by the coronavirus and torn by racial division.

But Trump’s supporters, who as of the latest count gave him more than 72 million votes compared to Biden’s 77 million, have delighted in his combative style and shattering of norms. Trump has eschewed a public concession or the pledge of cooperation typically offered by outgoing presidents.

“It’s an embarrassment, quite frankly,” Biden told reporters on Tuesday. “How can I say this tactfully? I think it will not help the president’s legacy.”

Trump’s fellow Republicans have largely stuck with him, saying he has a right to contest the result. Texas Lieutenant Governor Dan Patrick said Tuesday he would pay up to $1 million from his campaign account to people who come forward with evidence of voter fraud.

But privately, some say Trump must soon produce significant evidence or exit the stage.

Senator Rob Portman of Ohio, a state that Trump won handily last week, said in a statement on Tuesday that Biden is leading in enough states to win election “and President Donald Trump’s campaign must produce evidence to support allegations of election fraud.” Portman added that he hoped states and courts would move “expeditiously” to resolve the matter.

Trump suffered another possible setback on Tuesday when Democrats on the House of Representatives Oversight Committee said a postal worker who claimed he witnessed ballot tampering in Pennsylvania had recanted his allegations, according to the Postal Service’s internal watchdog.

Biden plans to meet with advisors on Wednesday who are helping him prepare to take office on January 20, 2021.

He has tapped finance, trade and banking regulation experts for his transition team that range from core Democrats to progressive activists, reflecting ongoing debate within the party about how to address climate change, wealth inequality and other issues.

Biden secured the presidency on Saturday after television networks concluded he had won Pennsylvania and Nevada, giving him 279 Electoral College votes, more than the 270 needed to take the White House.

In order to remain in office, Trump would need to win all three undecided states plus overturn the results in one or more states already in Biden’s column.

On Wednesday, Trump will place a memorial wreath at the Tomb of the Unknown Soldier in Arlington National Cemetery to mark Veterans Day. It will be his first public appearance, other than two golf outings, since an angry White House news conference last Thursday.

The Trump administration is not cooperating with Biden’s team, which has been unable to move into federal government office space or tap funds to hire staff.

U.S. Secretary of State Mike Pompeo on Tuesday predicted a “second Trump administration,” in comments at odds with congratulatory phone calls from the leaders of Britain, France, Germany and Ireland to Biden.

Trump installed loyalists in top positions at the Pentagon, one day after firing Defense Secretary Mark Esper, which could potentially make it easier to use U.S. troops to respond to domestic protests.