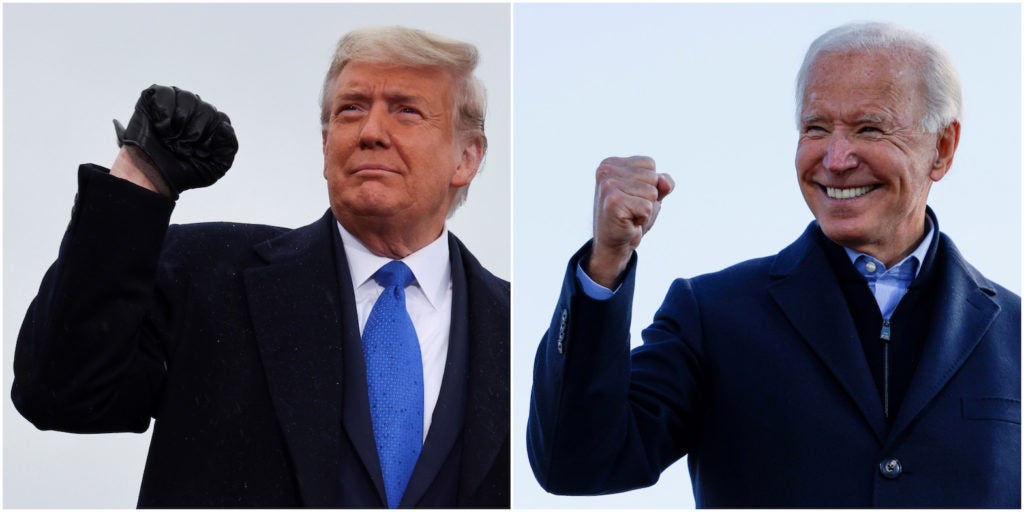 President-elect Biden won in counties accounting for 70% of the country’s economic output, and also in places that were generally doing better under the Republican incumbent than was “Trump country,” according to an analysis of the Nov. 3 election results released by the Brookings Institution on Tuesday.

The study showed Biden’s unweighted gross domestic product share was higher even than Democratic presidential nominee Hillary Clinton’s 64% in 2016, after he flipped the electoral results in populous places like Maricopa County in Arizona and Tarrant County in Texas that had favored Trump four years ago. 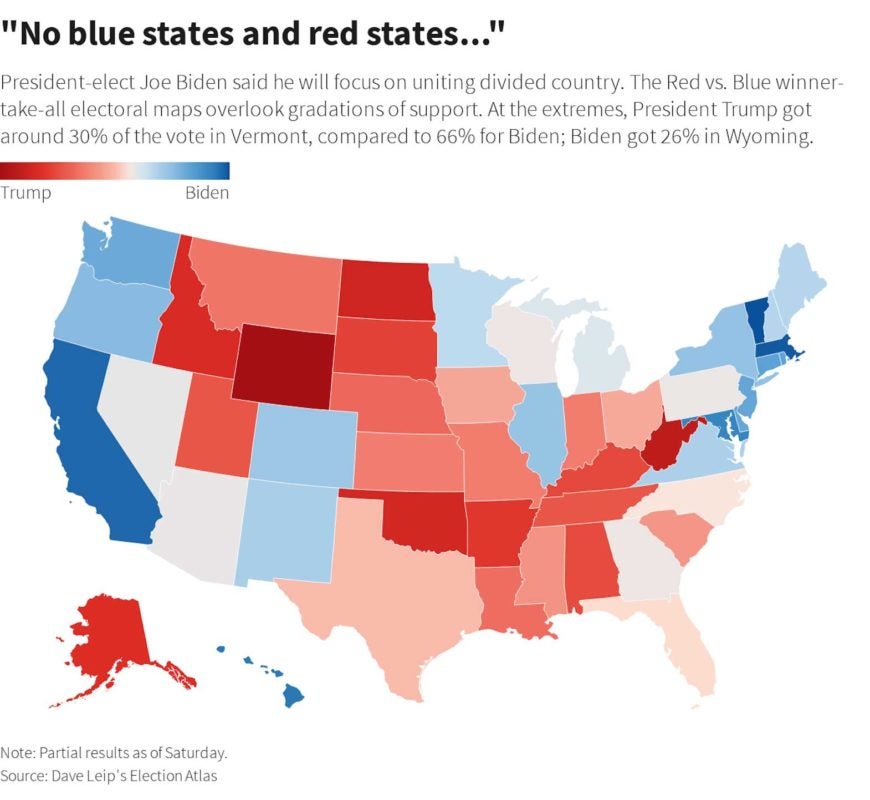 In one sense the result is not surprising: GDP follows population, and, just as the Republican base is concentrated in thousands of less populated counties across the country’s mid-section, the Democratic base is centered in the more populated cities and particularly East and West Coast metropolises like Los Angeles, New York and Atlanta, which was key to Biden’s apparent win in Georgia.

Those cities are where the country’s most productive workers and companies are based, even if Trump, despite his focus on the economy, has portrayed them as uniformly troubled rather than the foundation of U.S. wealth.

The Republican Party “reflects an economic base situated in the nation’s struggling small towns and rural areas, remains frustrated, and sees no reason to consider the priorities and needs of the nation’s metropolitan centers,” Muro said. “That is not a scenario for economic consensus or achievement.”

Of course, even in Democratic strongholds, Trump got votes. While Vermont remains deeply blue-based in terms of vote share and Wyoming a deep red, much of the country blends more toward the middle, and the 2020 election showed the group of competitive states widening from traditional battlegrounds like Florida and the Midwest to include Sun Belt states like Georgia and Arizona.

However, in Trump’s case the results may follow other logic. Analysis of the results showed he faced little blowback from voters in places that supported him in 2016 and which have been hit hardest by the coronavirus. Indeed, his vote share often increased in those places.

But neither was he necessarily rewarded for the strength of the economy before the pandemic.