Filipino verbally attacked by racist aboard a Vancouver area bus

Filipino verbally attacked by racist aboard a Vancouver area bus

Danilo Jimenez Jr. said he was on his way work when he briefly made eye contact with the man. The latter started yelling at him with racist slurs like “g-0k”, “fa—ot”, “chi–k”, “ni–er.” SCREENGRAB CTV

VANCOUVER, B.C. – A Filipino immigrant was left shaking and shaken when he became the target of a racist rant aboard a Metro Vancouver bus last Friday morning.

Danilo Jimenez Jr. said he was on his way work when he briefly made eye contact with the man. The latter started yelling at him with racist slurs like “g-0k”, “fa—ot”, “chi–k”, “ni–er.”  Jimenez began recording the incident for fear of what the man, who stood up and walked towards him, might do. 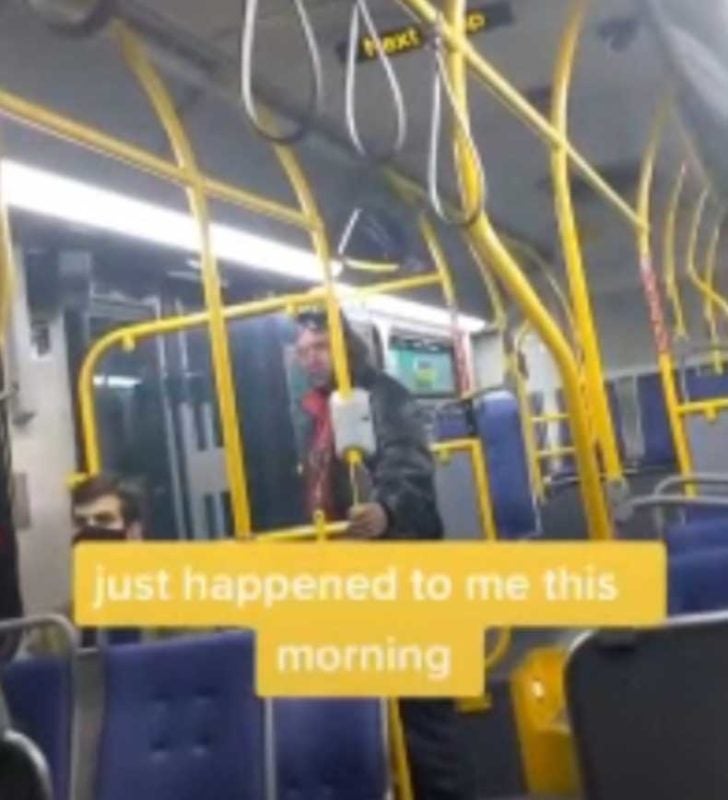 An unidentified man shouted racial slurs at a Filipino immigrant aboard a Vancouver area bus. SCREENGRAB

The video begins with the man telling Jimenez to stop taking pictures and asking if Jimenez wants “a shot in the head.” The bus driver finally warned the man, “You can’t talk to passengers like that.” The man got off the bus, still shouting slurs.

Jimenez said he worries about getting on the bus again, for fear that the man might be on board. “I’m a little scared for myself and for my family now,”

Metro Vancouver Transit Police are investigating the incident, and spokesperson Const. Mike Yake told CTV News they take situations of this type “extremely seriously.” He urged members of the public to call police as soon as they can when they witness racist abuse or other altercations on public transit.

Jimenez said he was disappointed that other passengers said or did nothing as the verbal assault was happening. He said he avoided speaking out about racism before, but he feels that such incidents are becoming more common and they should not be tolerated.