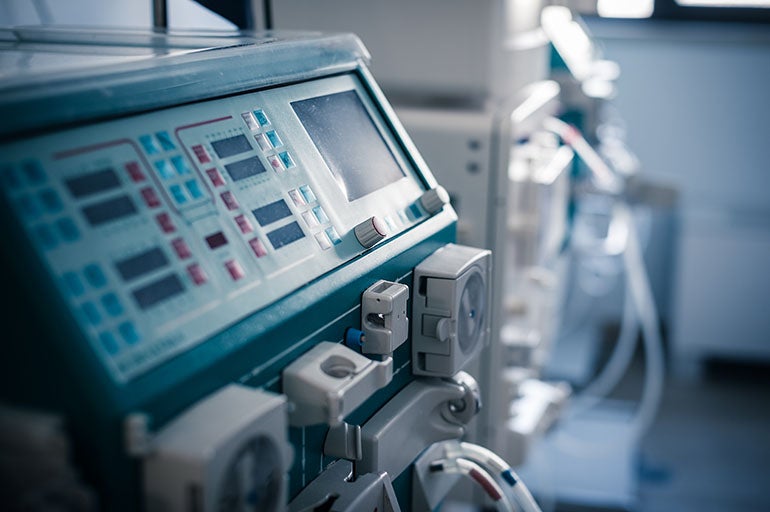 The number of Californians who are getting care at dialysis centers has jumped in recent years — but not because kidney disease is more prevalent.

The reason is that people are living longer with end-stage renal disease, said Anjay Rastogi, a professor of nephrology at UCLA’s David Geffen School of Medicine. The number of new cases has generally leveled off in recent years, Rastogi said.

“The same number of patients are being put on dialysis, but they stay on dialysis,” he said.

More than 139,000 kidney patients sought treatment at dialysis clinics around the state last year, a rise of about 46 percent from about 95,000 eight years earlier, according to data from the Office of Statewide Health Planning and Development (OSHPD).

Rastogi said dialysis patients are living longer because treatment of medical conditions that are frequently associated with kidney failure, such as cardiovascular disease and infections, has improved.

“Previously, there was very high mortality of patients on dialysis,” said Rastogi. In a way, he said, the higher number of dialysis patients “shows that we do a better job,” of managing them.

The number of stand-alone clinics in California where patients receive dialysis has also increased over the past eight years, from 420 in 2009 to 543 last year.
The state’s dialysis industry is largely controlled by two for-profit corporations: Denver-based DaVita Kidney Care and Germany’s Fresenius Medical Care, which together own nearly three-quarters of the clinics in California. As the demand for dialysis has grown around the country, both companies have expanded by acquiring smaller dialysis providers.

Dialysis is on the radar screens of state lawmakers — and organized labor — this year. A California bill that will be considered by the legislature this month would require minimum staff-to-patient ratios at dialysis centers, as well as more time between patients for staff to prepare, and regular inspections.

The labor union behind the legislation, Service Employees International Union-United Healthcare Workers West (SEIU-UHW), says the rule would protect the safety of patients.

The union has also co-sponsored a state bill that would require dialysis centers to spend at least 85 percent of their revenue primarily on direct patient care. If the clinics didn’t meet that spending threshold, they would be required to issue refunds to non-government insurers.

SEIU-UHW says it intends to use the November 2018 ballot as a backup plan for the two dialysis bills. If the staffing ratio bill does not become law, the union hopes to advance a ballot initiative that incorporates both bills. If the staffing ratio bill is signed into law, the union plans to put a more narrowly focused proposition on the ballot, asking voters to cap what dialysis centers spend on items not related to patient care.