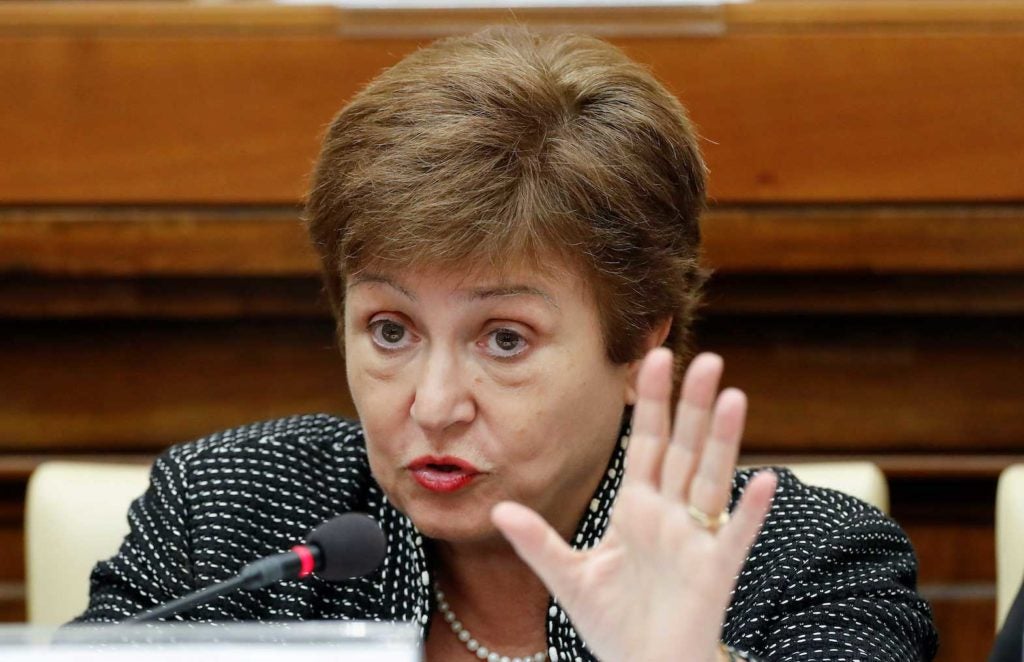 Speaking at a news conference after a meeting of the IMF’s steering committee, Georgieva also called on the United States and China to keep up strong economic stimulus that could help boost a global recovery. Reuters

Speaking at a news conference after a meeting of the IMF’s steering committee, Georgieva also called on the United States and China to keep up strong economic stimulus that could help boost a global recovery.

She emphasized the need for vaccines to be distributed evenly across the world in both developing countries and wealthy nations, to boost confidence in travel, investment, trade and other activities.

“If we may make fast progress everywhere, we could speed up the recovery. And we can add almost $9 trillion to global income by 2025, and that in turn could help narrow the income gap between richer and poorer nations,” Georgieva said.

“We need strong international cooperation and this is most urgent today for vaccine development and distribution,” she said.

Equitable and affordable access to COVID-19 therapeutics and vaccines globally will be key to avoiding long lasting scars on the world economy, the IMF’s International Monetary and Financial Committee said in its statement.

Georgieva also said she had “no doubt” that the U.S. Congress and the White House would ultimately agree on another spending package but was uncertain about the timing. Some $3 trillion in U.S. stimulus spending earlier this year “has been an important positive impulse and we would like to see how it would be continued again,” she said.

The committee said private creditors’ and official bilateral creditors’ participation in debt relief for poor countries is essential, with Georgieva adding that “further private sector participation is still needed, and it remains an outstanding issue.”

The G20 on Wednesday approved a six-month extension to mid-2021 of the Debt Service Suspension Initiative (DSSI) that freezes official bilateral debt payments, and said they would consider a further six-month extension in April. But private creditors and lenders outside the Paris Club are not fully participating.

“We are disappointed by the absence of progress of private creditors’ participation in the DSSI, and strongly encourage them to participate on comparable terms when requested by eligible countries,” the steering committee said, while encouraging “the full participation of official bilateral creditors.”