'Trying Hard,' a film on gay Filipino in Nashville, debuts

‘Trying Hard,’ a film on gay Filipino in Nashville, debuts 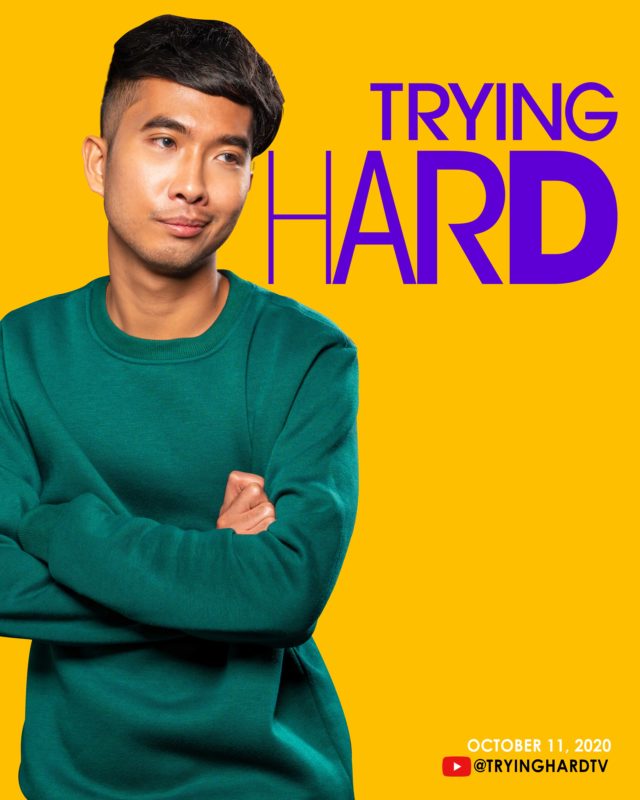 Trying Hard follows the intimate story of Maki, a gay person of color from the Philippines working and living in Nashville, Tennessee. Over the course of the series, Maki, played by Bonifacio, attempts to navigate dating in the U.S., while trying to overcome insecurities and familial pressures amid the challenges of being a gay foreign worker.

Trying Hard premieres on LGBT History Month and Filipino American History Month in the U.S. The eight-episode series tackles a variety of issues surrounding queer foreigners in the U.S. such as cultural and language barriers, identity crisis, stereotypes, body image, and assimilation.

Set in the American South, filmed in Nashville, Trying Hard incorporates the music of both indie and established female, LGBT, and BIPOC artists from Nashville, New York City, Montreal, Toronto, and Manila.

Trying Hard follows the release of the annual “Change the Narrative, Change the World” report (see full report here) by Jose Antonio Vargas’ media advocacy group, Define American and Norman Lear Center at USC Annenberg. The report reveals that the portrayal of immigrants on U.S. television has slightly improved, but there’s work to be done for more accurate representation.

It showed that 22% of immigrant characters are associated with some sort of crime – an overrepresentation – although it is down from 34% in 2018. In addition, 63% of immigrant-identifying characters were undocumented, while the real-world figure is only 37%. Asian and Pacific Islanders immigrants continue to be underrepresented with 12% in 2019, while in reality it is 26%.

Bonifacio created, wrote, produced, and stars in Trying Hard. Born and raised in the Philippines, Bonifacio worked as a news producer for broadcast giant GMA Network Inc. from 2011 to 2014. His team won a George Foster Peabody Award for its 2013 coverage of Supertyphoon Yolanda (Haiyan).

He later moved to the U.S. in 2014 to study M.S. Television Management at Drexel University in Philadelphia. After graduation, Bonifacio relocated to Nashville in 2016 to work at CMT, a ViacomCBS cable channel. To make friends in Music City, Bonifacio took improv classes at Third Coast Comedy Club where he ended up performing regularly.