What Fil-Ams should know about Ranked Choice Voting

What Fil-Ams should know about Ranked Choice Voting 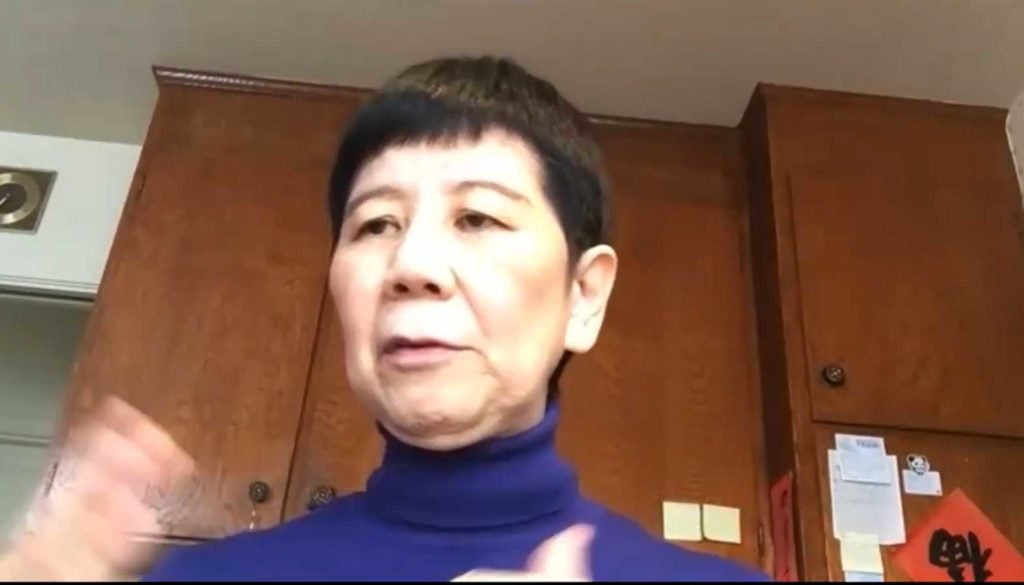 Political education can be as simple as taking participants to City Hall to witness public officials in action, says Anni Chung, executive director of Self-Help for the Elderly. SCREENGRAB

SAN FRANCISCO — The U.S. elections are less than four weeks away, and yet more and more people of color are shying away out of fear or confusion over voting guidelines and consequences, says Sandy Close, director of Ethnic Media Services.

Close was hosting an online news conference on the singular significance of the Nov. 3 ballot. The “stakes couldn’t be higher for all of us to prove that we have a functioning democracy,” Close stresses.

She was joined by Jason McDaniel, an associate professor of political science at San Francisco State University, and Anni Chung, executive director of Self-Help for the Elderly (SHE).  The scholar and the advocate explored reasons for the disengagement of voters of color and strategies to spur their political involvement.

They agreed that the deterioration of public discourse from the highest level of government can turn off voters from effecting change, as they did in 2002, when they approved a new system called Ranked-Choice Voting (RCV).  However novel and a blessing the process seemed like then, some responses point to the contrary today, 18 years later.

Ranked Choice Voting was first adopted by San Francisco voters in 2002 as an amendment to the City Charter.  The first time the system was implemented was in the 2004 mayoral election of former Supervisor Gavin Newsom.

The argument in favor of the system claims that it eliminates the need for a separate runoff election, when no candidate gets a majority vote; RCV determines winners quicker while saving taxpayer dollars.

But the process is not as simple as it may seem; in fact McDaniel includes it among “barriers” that discourage eligible voters from actually exercising their right.

Unlike traditional voting, RCV requires voters to select their candidates by order from a table of columns and rows.  Candidates’ names are listed on one side of the ballot followed by columns marked First, Second, Third and so on. San Francisco sets the maximum order at 10.

Voters may make one first choice only, or as many as 10 next choices from first to 10th.   In the 2018 mayor election, SF voters could mark their top three choices.

Simple?  So far.  But here’s where the head-scratching starts.

“It’s the math,” Close echoes a common plaint about the system. “I didn’t understand how the calculus worked.”

Some votes are tossed out in some instances, as when the first choice has more than one marking, or what’s called an “over vote.”  And then there’s the “under vote,” “continuing” vote,” and “exhausted vote.”

Voters do not have to figure those out, unless they truly dig numbers or simply don’t trust the staff at the Dept. of Elections who, per McDaniel, ”do a good job.”

So when all choices are counted, last-placers eliminated and their votes re-allocated to the next top choices, who wins?  The one with the most first choice marks.  Even if that candidate had been trailing someone with the most number of votes but was ultimately toppled in the final round — that’s ex-state Senator Mark Leno in 2018.

The system befuddled even Gov. Gavin Newsom, who has admitted his consternation to AP:  “If you can explain it to someone in less than two hours, you have mastered an understanding of something I have never fully understood.”

If RCV is so complicated, why did voters favor it?  Berkeley, Oakland and San Leandro are among Bay Area cities that also have adopted the system.

Eve Pena of the Dept. of Elections says the system shows that “all candidates matter,” not just the popular ones.  She also assured that errors do not automatically eliminate the ballot as each is reviewed  the department’s human staff and may be corrected if “intent” is proven, as in the case of crossed-out choice along with another marking.  Absentee voters may request another ballot if they want to make a correction.  And each ballot may be reviewed by the voter to check how it was received.

McDaniel says some viewed RCV as an ideal option that offered “enhanced choice” and “a pathway to racial and ethnic equity especially in local elections.”

“Progressives and liberals perceived it to help their candidates,” he says.  “The goal was to help voters who have English as a second language.”

McDaniel himself, however, disagrees with the theory that expanded choices will increase participation by reducing negative campaigning and polarization.

His own research finds that “the vast majority doesn’t have multiple choices of candidates” and that “electoral reformers overestimate that voters had strong interest in many candidates.”

He reiterates how the “complexity of the system presents barriers to participants.” He says he has found that RCV actually “decreases voter turnout” and raises “higher probability of ballot errors,” although the “negative effect diminishes over time.”

He does have good news:  “We can inform voters, help them understand the system” by education and outreach to eventually encourage them to participate in the process.

Longtime advocate for the underserved in the counties of San Francisco and San Mateo, Anni Chung has been educating her staff and SHE participants about the power they can wield despite the confusing voting system.

Calling RCV a “challenge for the elderly,” she admits that the system is “a mystery to me, even now,” deepening her empathy with limited-English voters.

Chung’s agency provides group meals, housing, and health care counseling to older Americans of Asian background. They have told her that they’re afraid to vote precisely because of the process that can intimidate even the state’s governor.  Language used for propositions also can confuse both native English speakers and learners, she said. 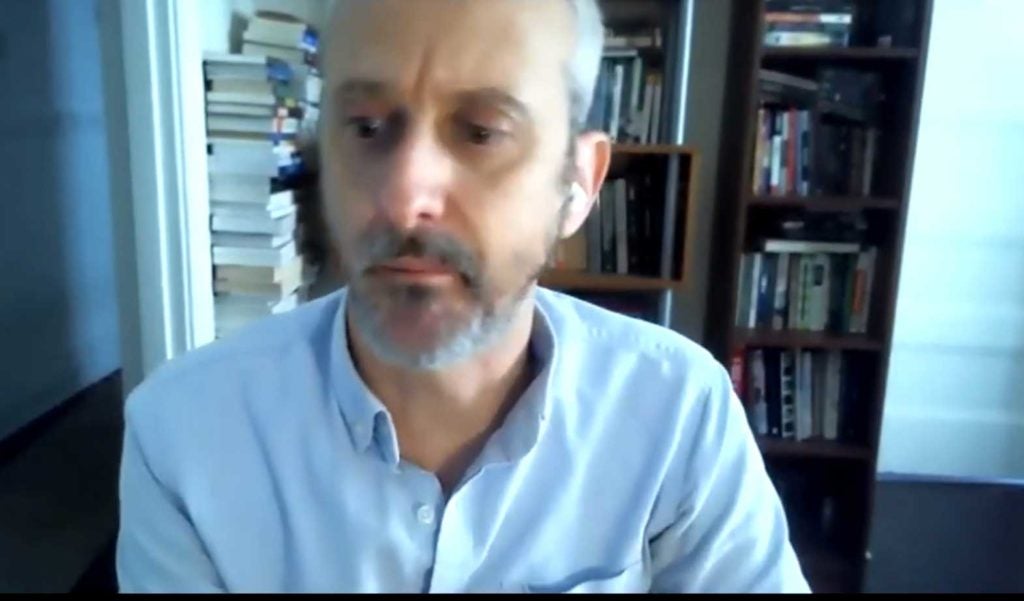 “I assure them (community members) they have nothing to fear if they vote with their heart.  There is no right or wrong, just express your choice.  If you’re uncertain or don’t understand something, leave it blank, but vote for the candidate who represents your values and matters that you are concerned about or make sense to you.”

Chung touts SHE’s and the Dept. of Election’s bilingual workers who diligently “help the seniors understand” the steps in voting.

Chung has seen the number of registered voters in her community grow in the last decade.

Chung praises the city and county’s language access ordinance, strengthened in 2015, as a blessing to non-native English speakers.

“Before when I’d ask a crowd how many are registered, few raised their hands.  That was 10-15 years ago.  Now with language access, majority Chinese and Asian populations can be a critical voting bloc,” she says.

Practicality is Chung’s strategy.  Her agency hosts the Women League of Voters to give presentations.  Clients go on field trips to City Hall to witness meetings and watch candidates in action.  She shows her clients where they may access resources.

McDaniel observes that voters need to “see the link between voting and services, especially in non-partisan polls,” which local elections often are.  “We need to do a better job of outreach and education.”

Attitudes must change, because the fact is, parties are not the enemy, he says, “although one party has tried to make voting difficult.” 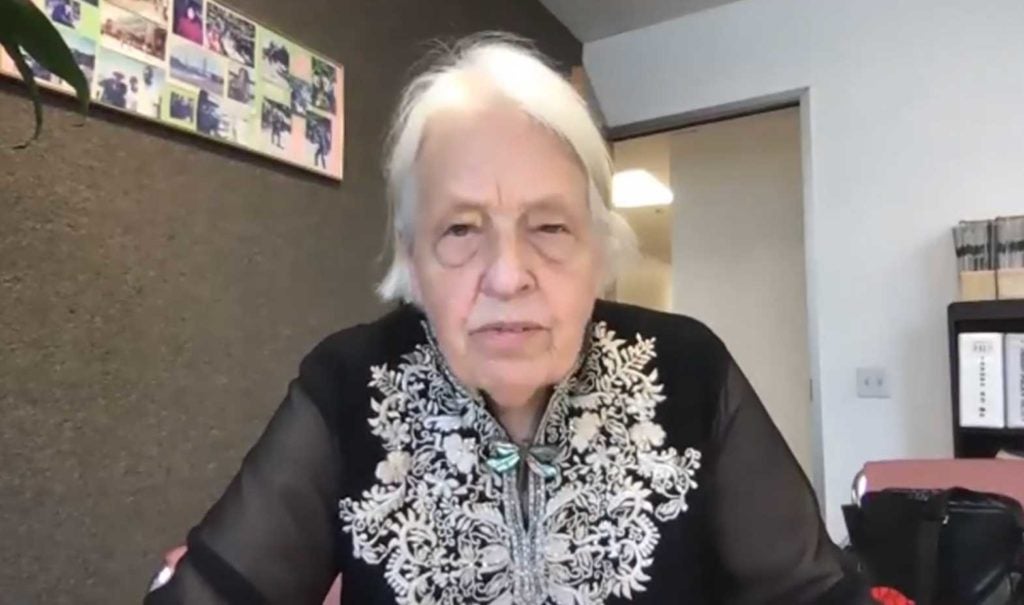 What would you say to someone who refuses to vote to avoid being entangled in a quarrel, asks Sandy Close, director of Ethnic Media Services. SCREENGRAB

“Conflict is inevitable.  We have to be a part of it” because the end result affects lives, he tells anyone who is deterred by the climate of discord in the political arena.

Voters need to see a link between themselves and the party candidate, a task that falls heavily on the parties and community organizers, McDaniel says.

Sharing his “speculative thoughts” about Fil-Ams’ lack of involvement, McDaniel, stresses the need to understand the connection between themselves and politics.

Careful to say he wasn’t criticizing Fil-Ams or any other group, McDaniel tells Inquirer.net that some in the “Fil-Am community may feel less interested in local U.S. politics because they feel a stronger connection to events in their country of origin.” The same holds true in communities where majority are foreign-born, he says.