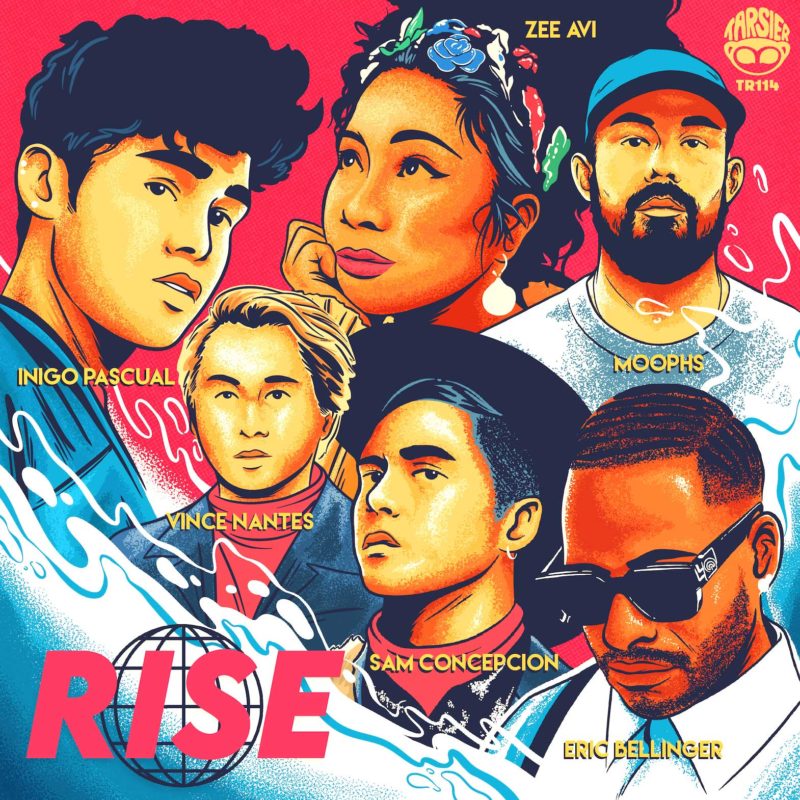 Rise speaks of keeping the faith despite the weight of all the global challenges and inequities. The song urges listeners to rise together to conquer dark times.

The track is produced by Moophs of Manila-based Tarsier Records, the leading international independent record label in the Philippines, established to connect the vibrant music scene in the Philippines with artists and audiences around the world.

The label has seen recent success with Inigo Pascual performing his hit single. “Catching Feelings,” on Jo Koy’s latest Netflix “In My Elements” special; and recent collaboration with 88 Rising’s sub-label Paradise Rising, where Tarsier artists Kiana V and Leila Alcasid were the highlights on a five-song Semilucent EP featured in Forbes and Grammy.com.

Pascual, one of the featured artists, believes that it is a blessing to be able to use music to speak to people around the world during these challenging times. His message for those who will listen to “Rise” is “to never give up.” Pascual has the Filipino word tiwala (trust) tattooed on him. He adds that one has “to trust the process and know that even in challenging times, you’ll get through it and you’ll rise above any obstacles in your way.”

Producer and Tarsier label Founder Moophs says that “No matter what or where the problem is, we’ll face it together as humans.”

For the Rise project, an animated video straight out of a comic book where the artists are portrayed as superheroes battling the 2020 monster was produced. A second music video, featuring a montage of current events with messages of hope from influencers worldwide, will follow.

In the animated music video of Rise, global concerns like COVID-19, climate change, racial and social inequality, oppression, hatred, and evil were the “villains.”

The “heroes” were portrayed to be the essential workers, defenders of press freedom, promoters of peace, advocates of racial equality and nature preservation, teachers, parents, and the 11,071 workers of ABS-CBN.

For LA-based Bellinger, the animated visuals accompanying his verse of the song depict ongoing social issues in the U.S. that need to be addressed. Pascual’s graphic novel/vector-style images to his verse show current events in his native Philippines, including the fight for social justice and press freedom.