TOFA’s 10th year lauds 100 most influential Filipinos in US

TOFA’s 10th year lauds 100 most influential Filipinos in US 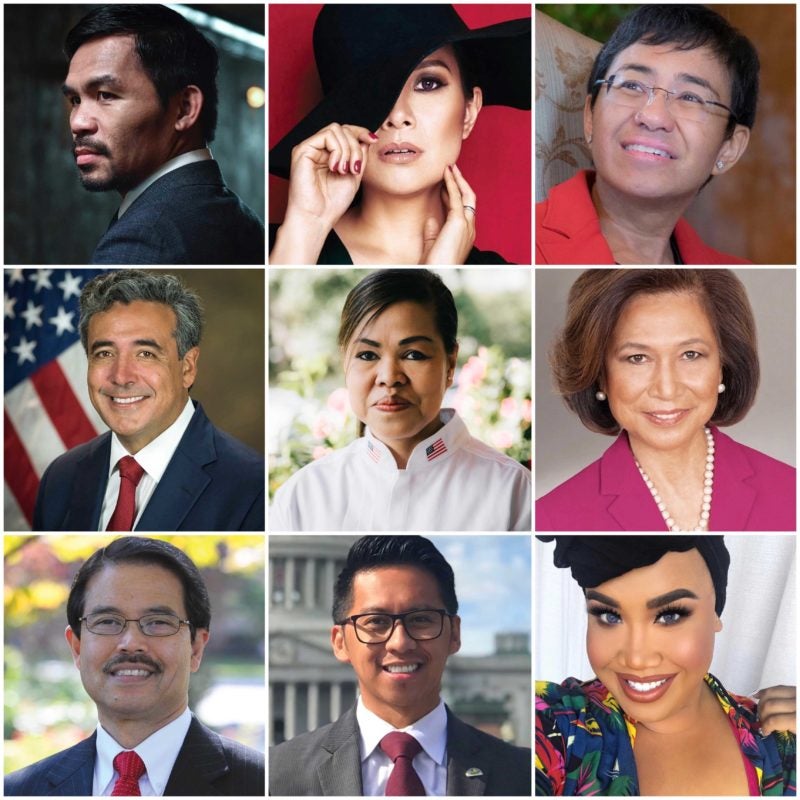 NEW YORK—In continued celebration of its 10th anniversary this year, The Outstanding Filipinos in America (TOFA) Awards is naming the 100 Most Influential Filipinos in America, its very own list of the Fil-Am community’s movers and shakers over the past decade.

“Reflecting the rich Filipino heritage, our TOFA100 honorees are the community leaders, artists and performers, industry leaders, freedom fighters, educators, healthcare workers and many more that have raised the profile of Filipinos in America,” says Elton Lugay, founder and executive producer of TOFA Awards.

“From the very beginning, TOFA Awards was envisioned to be the platform for both the high-profile and unsung heroes of the FilAm community, and we are making it extra special on our 10thanniversary with 100 honorees,” Lugay adds.

TOFA Awards is holding its 10th anniversary special on October 31. In view of Covid-19 restrictions, Carnegie Hall, the home of TOFA Awards since its inception, is closed until early next year. This brings the 10th anniversary celebration online, where Lugay aims to repeat the success of TOFA Luminaries, the first-ever virtual gathering produced by TOFA last June and a happening event that helped break most everyone’s pandemic gloom.

Dr. Boy Abunda, Asia’s King of Talk, will serve as master of ceremonies for TOFA100. TOFA Awards will be announcing more TOFA100 honorees this month through to October on its Facebook page.

Bursting on the world stage at 19 years old with his first major win, Manny Pacquiao is legendary for accumulating world boxing titles across eight weight divisions and emerging as a champion throughout four decades. Affectionately called “PacMan” by fans around the world, Pacquiao is the name and face popularly associated with the Philippines, and is regarded by Filipinos as the “pambansang kamao” or the nation’s fist. The legendary boxer has parlayed his influence to politics and philanthropy.

Blessed with a powerful voice and a perfect pitch, Lea Salonga stirs emotions with every musical performance. The “Disney Legend” is a multi-awarded actress and singer, notably the first Asian woman to win a Tony Award. Lea has toured all over the world, performing outstandingly in the West End, on Broadway and across countless sold-out concerts. She mentors Filipino singers competing in the reality TV hit shows “The Voice” of and “The Voice Kids”.

With an audience reach of more than 30 million, INQUIRER.net is considered by many as the most credible and influential source of news about the Philippines. Founded in 1985, shortly before the anti-Marcos struggle culminated with the People Power Revolution, Inquirer vows to bring balanced news and fearless views to its readers when and where it matters. The newspaper has won more than 500 awards and citations over 35 years.

As co-founder of the National Federation of Filipino American Associations (NaFFAA), the largest national affiliation of Filipino American institutions, organizations and individuals, Loida Nicolas Lewis is one of the most recognizable advocates of minority empowerment in mainstream America. Before gaining prominence as an immigration lawyer and in community service, business and philanthropy, Loida distinguished herself as the first Asian woman to pass the New York bar in 1974 and earlier, as a bar topnotcher in the Philippines. She is the widow of African-American billionaire Reginald Lewis and chairs the Reginald F. Lewis Foundation.

In 2016, Brendan Flores became the first millennial and the youngest-ever leader of the National Federation of Filipino American Associations (NaFFAA) when he was elected as president and national chairman during its 12th National Empowerment Conference. NaFFAA is the largest national affiliation of Filipino American institutions, organizations and individuals. A banker by profession and based in Florida, Brendan troops to Washington, D.C. to help in national efforts to empower Asian Americans.

Noel Francisco served as the 48th Solicitor General of the United States, the first Asian American to have held the position. Described as a “persuasive and principled advocate” in this role, he secured high-profile victories for the Trump Administration at the Supreme Court on issues such as separation of powers, due process and free speech. In July 2020, Francisco returned to global law firm Jones Day where he had previously led its government regulation practice.

As the first lay president in the 150-year history of St. John’s University, one of the largest and most diverse Catholic universities in the United States, Conrado Gempesaw further advanced the university’s Vincentian values by ensuring access to affordable, high-quality education. Since his appointment in 2014, St. John’s has attained record-breaking metrics in student enrolment, first-year retention, graduation and career placement – emerging as one of the largest providers of student aid in America today. Gempesaw’s expertise is in higher education administration, financial simulation analysis, marketing and international trade.

Maria Ressa’s fight for press freedom in the Philippines, amid widely believed political persecution by the Duterte Administration, has attracted global attention. The veteran journalist is the co-founder, executive editor and CEO of news organization Rappler, with more than three decades in broadcasting including stints with CNN and ABS-CBN. Maria has received many prestigious awards such as Time Magazine’s 2018 Person of the Year, 100 Most Influential People of 2019 and Most Influential Women of the Century.

Patrick Starrr is a beauty guru followed by millions on popular social media platforms, with about 4.5 million subscribers to his YouTube channel. Emphasizing being a “man in makeup,” he is redefining beauty for the younger generations. Patrick Simondac in real life, this Filipino American was born and raised in Florida and is now based in Los Angeles. His passion for makeup and photography has led to collaborations with established cosmetic and apparel brands, plus the founding of his very own talent management agency, the Beauty Coop.

Cris Comerford has served four American presidents, their families and countless guests at the White House. Appointed as White House executive chef in 2005, she is the first woman and Asian American to hold the executive chef position. Cris made her mark in the culinary circles of Chicago and Washington, D.C. before becoming America’s ambassador of gastronomy as a member of Le Club des Chefs des Chefs, the exclusive association of the chefs of heads of state.