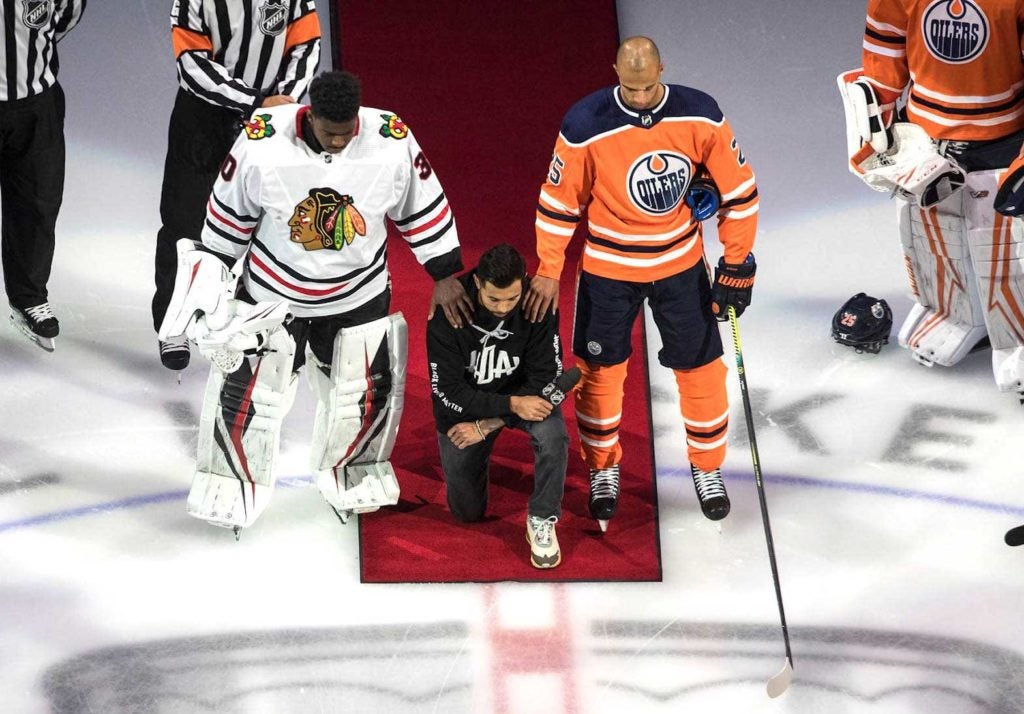 NHL player Matt Dumba gave an inspiring speech on racism and took the knee during the national anthem ahead of a Blackhawks-Oilers game in Edmonton. AP PHOTO

EDMONTON, Alberta  — Matt Dumba figured out early in his NHL career that being a minority player in a predominantly white sport carried with it some extra responsibility, so he began doing community outreach in Minnesota. Dumba is Filipino Canadian.

Dumba’s desire to take that to another level came this year after the killing of Black man George Floyd by Minneapolis police, when friend and fellow player Chris Stewart told a story about his two young, twin sons, one of whom has darker skin than the other.

“Christian asked his dad, ‘Does this mean that Connor would get shot instead of me if we did something wrong?’” Dumba recalled. “It’s so heavy hearing that from a 6-year-old who’s just been watching the news and just been around it and is growing up in this world, and that’s where I just took the stand for that generation, this generation coming up and not having to go through what some of us have.”

Dumba helped found the Hockey Diversity Alliance, was called on to give an anti-racism speech when the playoffs began and became the first NHL player to kneel during the U.S. anthem. On Sunday night, he was revealed as the winner the King Clancy Memorial Trophy, awarded for leading on and off the ice and making humanitarian contributions to his community. 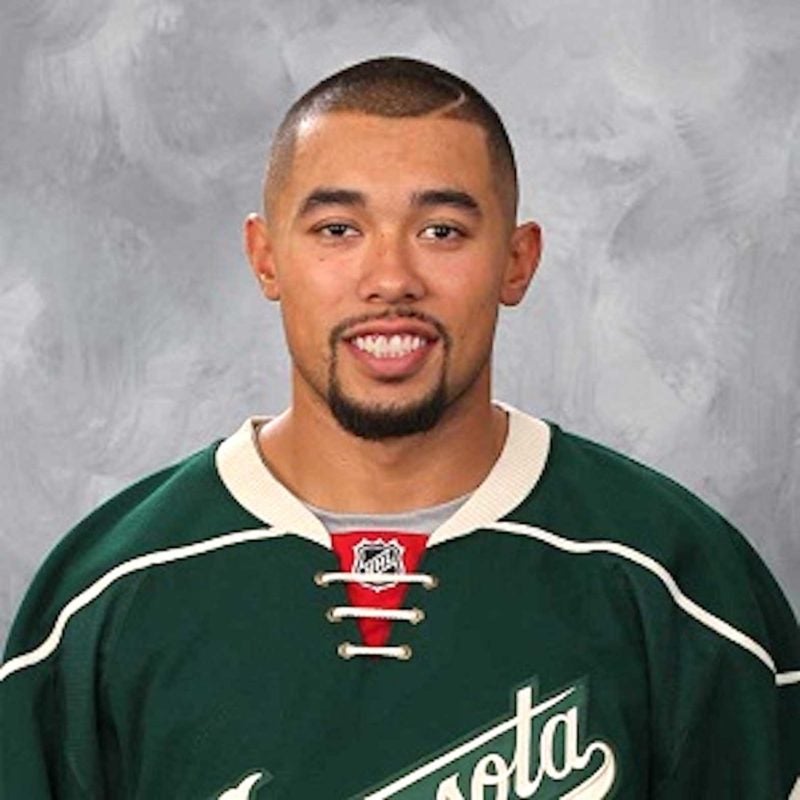 The 26-year-old Minnesota Wild defenseman, who is Filipino-Canadian, hopes this is only the start of his and the league’s efforts to combat racism.

“On a leaguewide scale, I think that’s in the works,” Dumba said. “I don’t want any of this to get swept under the rug. This for me is not just a singular moment. It’s all part of this journey that I’m committed to. I think I’m going to be committed to this my whole life.”

Dumba took a knee before one of the first games of the playoffs, which he did not play, in after speaking out against racism on behalf of the Hockey Diversity Alliance. He and several current and retired minority players formed the group earlier this summer and has shown he’s comfortable being the face of this movement.

“I spend hours and hours each week on calls with the Hockey Diversity Alliance and talking about these issues,” Dumba said. “I’m so happy (about) the position we’re in and we’re taking the steps moving forward to making hockey even better than it is now.”

The award finalists and winner are chosen by a committee of senior league executives, led by NHL Commissioner Gary Bettman and Deputy Commissioner Bill Daly. Dumba will receive a $25,000 from the National Hockey League Foundation to benefit a charity or charities of his choice, while finalists P.K. Subban and Henrik Lundqvist get $5,000 each.

In announcing Dumba as the King Clancy winner, the league highlighted the Aug. 1 speech he gave and his spearheading the “Rebuild Minnesota” initiative to assist local businesses affected by protests in the wake of Floyd’s death.