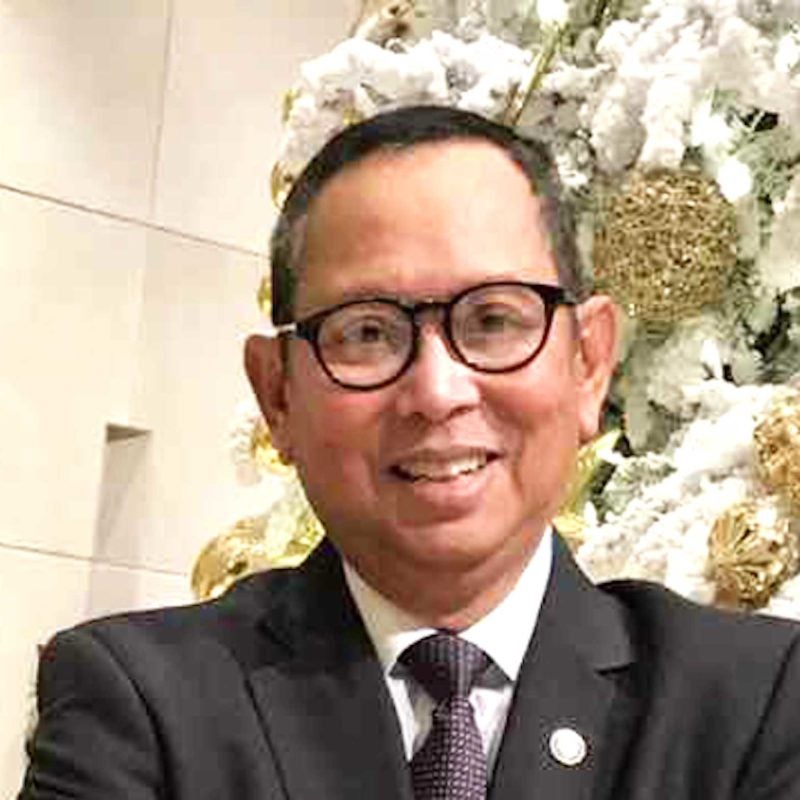 Joesan Gabarda, 71, of Michigan, collapsed in his vacation home in Calamba, Laguna and died in a hospital. CONTRIBUTED

CHICAGO -– Joesan Gabarda and his friends were supposed to have breakfast in one of the restaurants in the Twin Towers of the World Trade Center on Sept. 11, 2001. But they overslept that morning in a New York City condo of their kababayan (province mate) from Sorsogon City, Filipino American community leader Loida Nicolas

So, they decided to change their breakfast meeting to luncheon that day. But on their way to the World Trade Center, they learned that their rendezvous venue was on fire and under terrorist attack. They cancelled, and cheated death.

Joesan Gabarda confided this bit of information to this reporter some years ago. He also shared the story of his thwarted date with the Grim Reaper with our mutual friend from Sorsogon City, Bobby M. Reyes of Los Angeles.

Last Thursday, Aug. 27, Joesan L. Gabarda, 71, of Michigan, was not feeling well in his vacation home in Calamba, Laguna and died in a hospital, His grieving son, Joey, told this reporter.

It was another friend of Joesan, Willie Dechavez, also of Michigan, who first alerted this reporter of Joesan’s demise. Joey said, “Dad called me the first week of August and told me he did not feel well.  I told him to go to the hospital to get tested for COVID.

“Within 24 hours, his friend took him to CMC (Calamba Medical Center) in Laguna.  They admitted him as his O2 saturation was low.

“It was hard to get anyone to communicate back to us as to what was going on so Tony (Joesan’s brother, Dr. Tony Gabarda in Florida) and I coordinated he be transferred to Asia Medical (Center) as one of Tony’s classmates works at that hospital.

Unfortunately, the hospital was overcrowded with COVID patients, so Tony coordinated that my father be transferred to PRIMC (Philippine Rehab Institute Medical Center) in Angeles (Pampanga).

“Dr. Pio who is one of Tony’s friends from medical school owns the hospital and it is close to his wife’s family which is in Pampanga. “Once my father was transferred there, Dr Pio and his son personally watched over my father in the ICU (Intensive Care Unit).

“He beat COVID after the 10th day, but the aftermath took a toll on his body. “His right lung collapsed and once they did the CTT, he stabilized. “Two days later, he went into cardiac arrest and they were unable to bring him back. That was August 27th.” 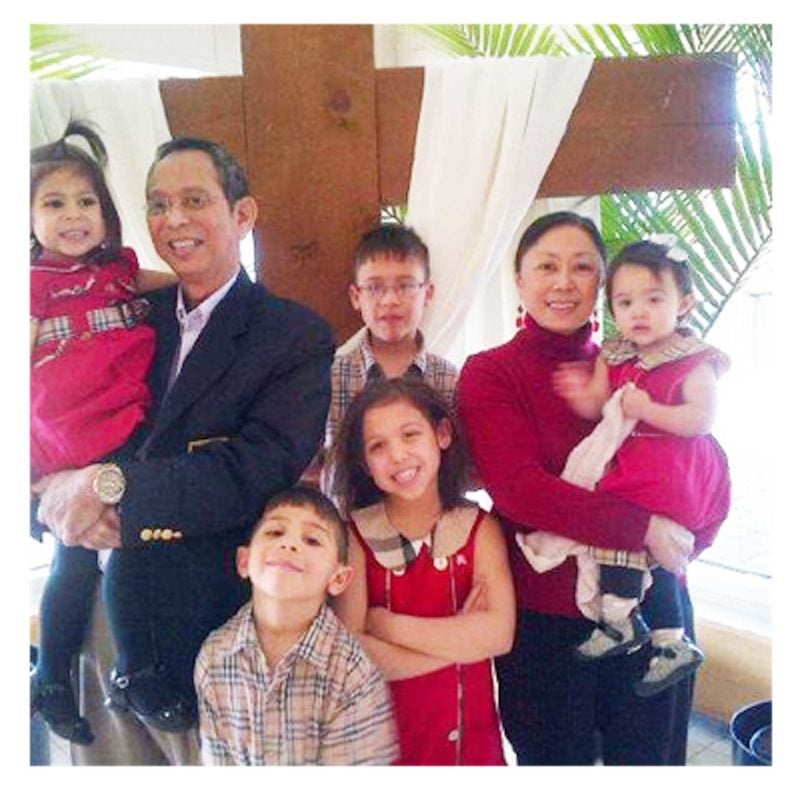 Born in Pasay City but raised in Sorsogon City, Joesan retired from Daimler Chrysler at the age of 51, after 35 years of service as a business and administrative consultant. Due to the events of Sept. 11, 2001, Daimler Chrysler offered attractive packages for early retirement to its employees, and Joesan grabbed it. He enjoyed life with two decades of golf, travel, his grandchildren and managing his assets in the Philippines.

“He was supposed to come back to the States in April for my daughter Ava’s first communion but was unable to since the country was in lockdown.” Ava is eight years old.

Joesan is survived by his wife, Corazon “Boots” Laroco, a registered nurse who worked at Henry Ford Health Care System also in Michigan; their two children, Joey Gabarda, Jr. and his wife, Erin, and Cristina Gabarda-Elsen, who works at T-Mobile for Business and West Bloomfield School District of Keego Harbor, Michigan; grandchildren; brother Dr. Tony Gabarda and sister, Alma Gabarda. The urn containing Joesan’s ashes will rest at the Columbarium at St. Hugo of the Hills Church, his parish church in Bloomfield Hills, Michigan for the last 41 years.

Bobby M. Reyes recalled that when Super Typhoon Sisang (International code name Nina) in 1987 detoured from San Bernardino Straits to Sorsogon Bay, hundreds of poor Sorsoguenos were rendered homeless. Sisang killed more than 800 people nationwide and destroyed millions of dollars of property Joesan was touched by the cry for help of his kababayans and appealed to his employer, Chrysler Corporation, to extend financial aid to the poor Sorsoguenos. 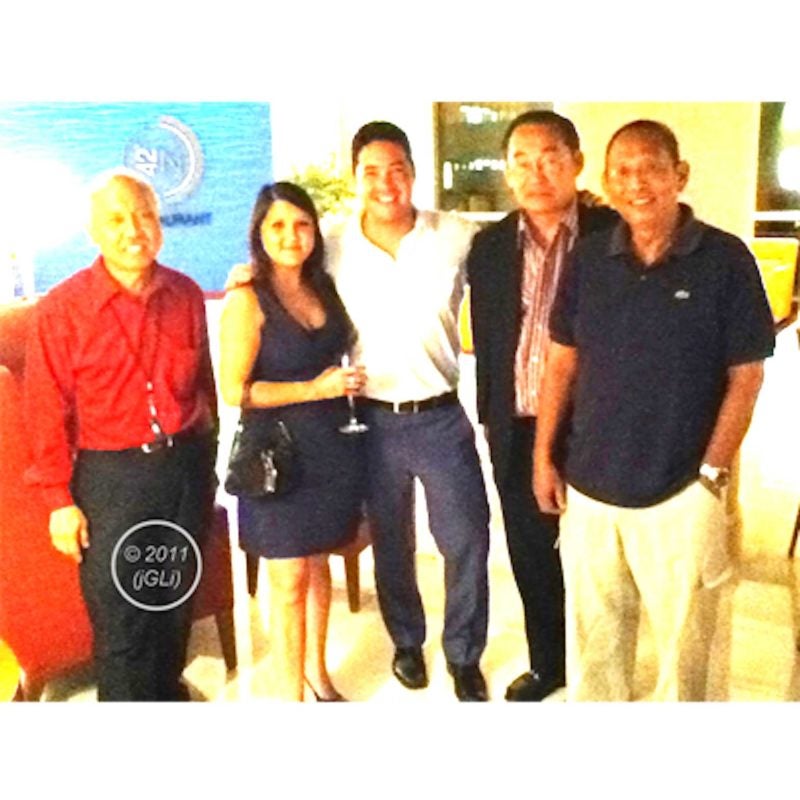 Joesan L. Gabarda (extreme right) is shown here when he hosted this  reporter (Joseph Lariosa), extreme left, and Bobby M. Reyes (second from  right) when they attended the August 2011 Convention of the Asian  American Journalists Association in Detroit, Michigan. Others in photo  are Mr. Curtis D. Jay of the NBC Network-Kansas City, and a scion of the  Lee Family of Magallanes, Sorsogon, and Mr. Jay’s friend, Ms. Brooke  Camp of CNN now with Coca-Cola Public Relations Department. (JGL Photo)

Chrysler listened to Joesan’s entreaties and gave him several thousand dollars plus his airline fare to the Philippines so he  could distribute the money personally to the victims. Local authorities ignored Joesan’s efforts because it was “Chrysler,” not his name, that figured in the aid announcements.

Bobby Reyes tried but failed in his attempt to get Joesan interested to be his running mate when he ran for governor in Sorsogon province in the 2016  elections. He told Bobby that he just wanted to help the people of the province in his private capacity.

Joesan contacted this reporter again sometime in 2015 when he broke the news that his son, Joesan “Joey” A. Gabarda, Jr., had become a car dealer. Joey, born and bred in Grosse Pointe suburb of the Motor City of Detroit, Michigan, became a managing partner of Classic Honda Midland in Texas, a dealership with 29 employees; two-thirds are white and a third Hispanic.

Joey told this reporter that he planned to expand diversity in his workplace by hiring both Asians and Filipinos “if the opportunity arises, they have an opportunity with me.” Joey had been in the Philippines in 1977 when he was only three years old. He may not have recollections of Manila, but he loved Bikol (the home region of his father) and Baguio (the birth city of his mother).© Joseph Lariosa ([email protected]