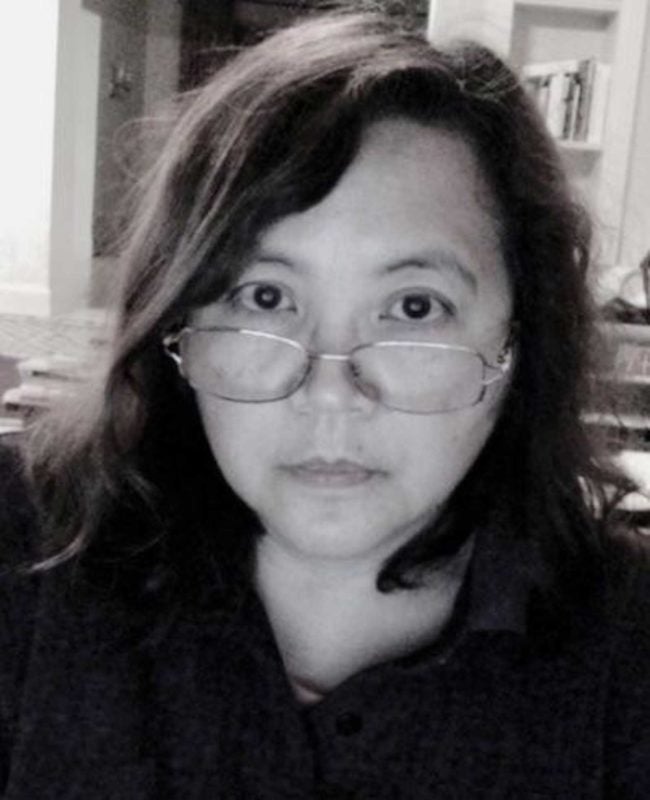 By mid-March, the world was swept by the Covid-19 pandemic. Schedules were suddenly in disarrays. Many claimed though, that it was nature’s way of telling us to slow down. Some countries closed down their borders, flights were canceled, toilet papers went out of stock, face masks became a part of the wardrobe, new terms were added to the English vocabulary – Covid–19, PUI (a person under investigation), physical distancing, lockdown, PPE, work from home, and so on.

People are not used to long confinement. But staying at home during the lockdown made some people productive and creative. But not Eileen Tabios has always been creative, Covid or no Covid. Thus was born Inculpatory Evidence.

“It took me about two months starting in March to write these poems. They were written concurrently with the unfolding of the Covid–19 tragedy,” Tabios says.

Eileen R Tabios’s Inculpatory Evidence is a collection of 10 poems translated into Thai language by Natthaya Thamdee, a professional translator and lecturer at Vongchavalitkul University in Nakhon Ratchasima Thailand. It was published by Laughing/Ouch/Cube/Productions and i.e. press, California-New York. It is also Tabios’s third bilingual edition.

The publisher describes the book as educational for presenting a discussion on translation and untranslatability, as experienced with Natthaya’s Thai translations and an Oulipian “N+7” translation of one poem by Susan M. Schultz.

“The poetry of Eileen Tabios invites us to look at what it truly means to be part of the human race, not merely a fragment of it,” according to The Poetry Shed (U.K.).

Tabios has been translated into 11 languages. She also invented Hay(na)Ku, a 21st-century diasporic poetic form in 2003. It is described as a six-word tercet with the first line being one word, the second line being two words, and the third line being three words.

From English to Thai

But this is not just about Covid–19 and poetry. Inculpatory Evidence is also about translation in a language and script many have seen, but do not understand – the Thai script.

Sometime in May, I introduced Natthaya Thamdee, a Thai colleague to Tabios via email. Natthaya is also my translator.

“I was interested in Thai because I hadn’t been translated into this language before; it’s the 11th language into which I’ve been translated. It’s a bonus that, in looking at Thai, I happen to find its images lovely—the patterning of its lines and curves are wonderful to see,” Tabios says.

Natthaya is a freelance translator. She translated subtitles of movies and TV programs from English to Thai.

In translating poetry, the feelings must be felt by the translator.

“I read her (Tabios) sample poems sent to me. I could feel her pieces of anger against something unfair and out of shape. I could feel her insurgent and activism within every single word that sincerely conveys. That’s my kind of style as well. I felt like meeting a new friend and I wouldn’t hesitate to help my friend sending those messages,” Natthaya explains. 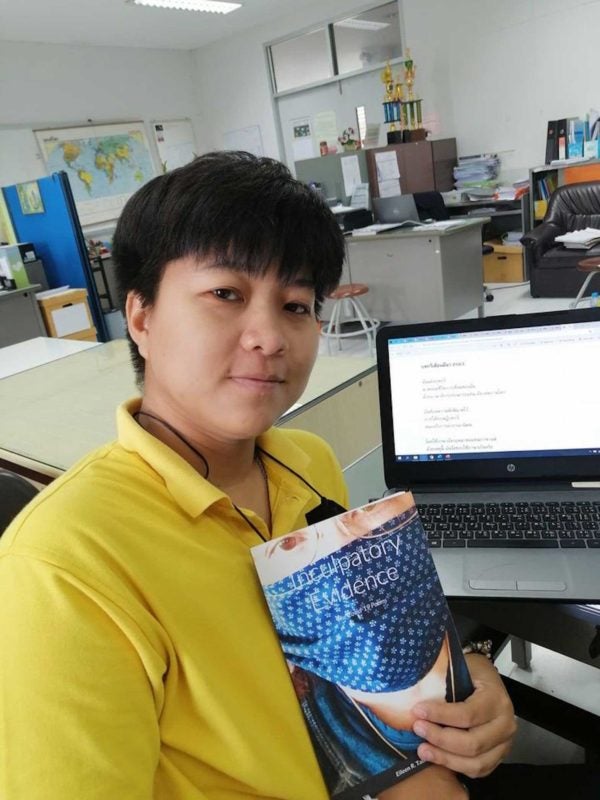 In poetry, understanding metaphors and nuances is important especially to a translator whose second language is not English and the script is not even Latin alphabet.  The two had several exchanges of emails that were included in the book. This part of the book is an excellent source for those who are planning to engage in translation.

‘No two words are the same’

Are all words created, written, or understood the same?

In poetry? No. Natthaya and Eileen Tabios call it “cultural untranslatability.”

“You have more time in translation than interpretation to fully understand both cultural denotative and connotative meanings. On the other side, interpretation, in theory, is mostly a face-to-face communication. They require different communication skills.”

For example, when Natthaya was translating Kapwa on Covid, she asked what ‘kapwa’ means in Filipino. Does it have a direct translation in English? How is it related to Walmart is out of toilet paper, or eggs, sunshine?

Then there are Hay(na)ku lines:

-that is kapwa.  But the Thai translation is unnatural. The word count is also a challenge, which Tabios also wrote in the book. Natthaya explains that conjugation is also different in Thai.

“It took me about two months to finish the Thai version as well as making the page layout in Thai fit. There’s always a problem when you have to deal with two completely different alphabets arranged together in the same book,” Natthaya explains.

For Tabios, the importance of being translated is not just to be translated.

“There should be some relevance. In this book’s case, because Covid-19 is affecting everyone worldwide, Thai readers may be interested in the book,” Tabios says.

“My interest in being translated into as many languages as possible relates to finding as many as well as varied readers for my poems. I don’t target particular readers but simply want the poems to be available to everyone, including globally,” Tabios concludes.

Inculpatory Evidence: The Covid-19 Poems is available at Laughing Ouch Cube Productions and its Lulu account. You can also send email to [email protected]