CBCP rose from the ashes of war

CBCP rose from the ashes of war 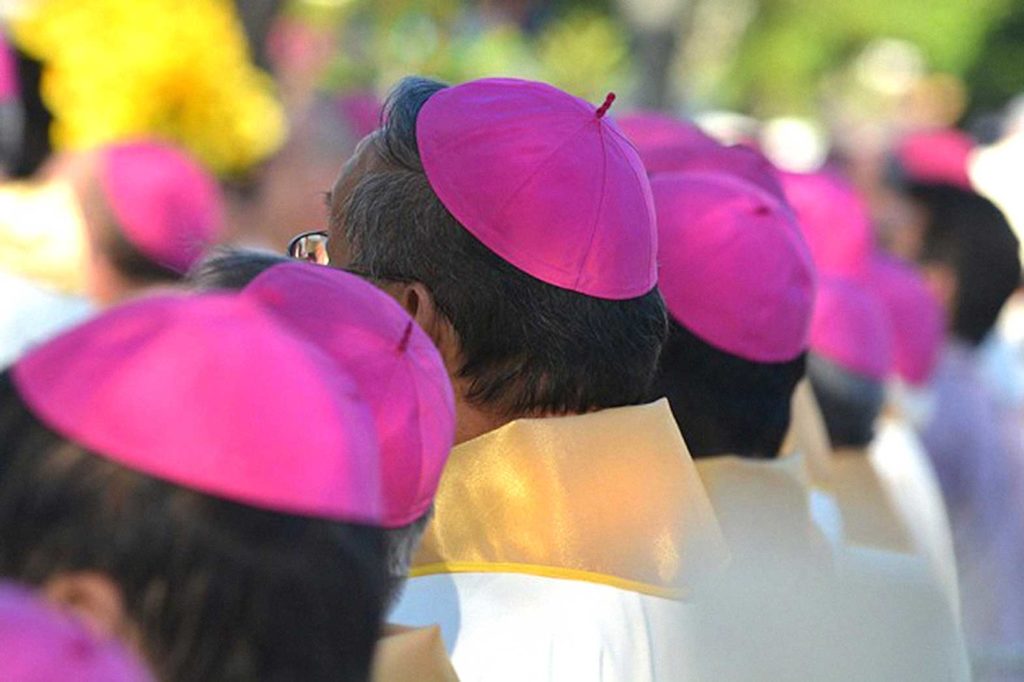 February 3 to March 3, 1945 for my lola (Teopista), my father (then a teenager), his siblings, and other Manila residents weren30 days of horror and terror. Considered one of the deadliest tragedy in Philippine history, the Battle of Manila left behind massive hunger, joblessness, homelessness, about 100,000 lifeless bodies, and hundreds of thousands wounded in both body and spirit.

Once blossoming with bright streetlights and loud sounds of music, the metropolis turned into a ghost town of demolished infrastructures and shattered buildings. After the month-long battle, those left standing saw only in the horizon the vast field of graves decorated with white crosses of the dead. Sporadic fighting continued until the very day of Japan’s formal surrender in September 1945.

I read a summary of the Japanese war crimes during World War II in Baron Edward Russell’s book The Knights of Bushido. It says, “The noble principles of the Empire of Japan were perverted by the military into a systematic campaign of torture, murder, starvation, rape, and destruction.”

And where was the Catholic Church? The Apostolic Delegate, Most Rev. Guglielmo Piani, SDB, went around and saw for himself the ugly face of the worst urban fighting in the entire Pacific that made Gen. Dwight Eisenhower (1890-1969) lament, “This is the worst destruction I have ever seen,” with the exception of Warsaw, Poland.

For one solid month, all that Manila residents heard were bomb explosions, gunfire, , and other sounds of devastation. Even as the battle in the city was raging, on February 15, 1945, Bishop Piani, SDB, took the initiative to create and organize the Catholic Bishops’ Conference of the Philippines (CBCP), originally named the Catholic Welfare Organization (CWO).

Manila auxiliary Bishop César María Guerrero was there, with Archbishop Gabriel Reyes of Cebu, Bishops Alfredo Verzosa of Lipa, Mariano Madriaga of Lingayen, Constancio Jurgens of Tuguegarao, Santiago Sancho of Nueva Segovia, and others. Not to forget, there was Fr. John Hurley, SJ, a.k.a. “Father Mercy,” who was audacious enough to face and resist all Japanese attempts to confiscate the Ateneo de Manila University property.

There, in coordination with Bishop Piani, SDB, the bishops, some diocesan and religious priests, and a number of laymen and women of brave hearts met, organized themselves, and created a plan of doable actions. Even if others lacked the firm resolve to continue doing what was right under certain conditions of adversity, these courageous volunteers didn’t even blink, much less waver, against the wall of whopping stumbling blocks.

Seeing the need for a coordinated effort, Bishop Piani, SDB, and our bishops presented the services of the newly formed CWO to US General Douglas MacArthur, who then was mobilizing all possible human resources and material assistance to aid the suffering Filipinos. “Father Mercy” was put in charge of the relief work, assisted by certain clergy, religious sisters, and proactive lay volunteers.

Within a few months of synchronized work, the CWO had distributed food, medicine, clothing, and other relief goods valued at one million pesos that time, sheltered around 10,000 half-naked and starving refugees, and assisted thousands of Allied prisoners in the internment camps in and around Manila.

Action, without neglecting the soulful reflection and without falling into the temptation of relying too much on oneself, leads to God. Pastoral PRAXIS, when intimately offered to God Almighty, is divine. The bishops, hand in hand with the civil authorities and the laity, achieved the unachievable. Ora et labora!

Our bishops knew they had to assume the sanctifying, teaching, and governing authority of Christi in good times and bad times, and that their social ministry as shepherds, particularly to the victims of war, was a constitutive dimension of the mission of evangelization (as prophets) entrusted to them.