How two friends are trying to change Washington theater scene

How two friends are trying to change Washington theater scene WASHINGTON, DC — When Filipino American Don Michael Mendoza was trying to become an actor in the local DC theater scene after graduating from American University in 2010, he was told he would have a limited future on the stage as a person of color.

His friend Regie Cabico pointed out to him that many actors of color, especially Asian American actors, are cast in the same musicals all the time like “Miss Saigon,” “Flower Drum Song” and “The King and I.”

So, while continuing to audition for parts, Mendoza began producing cabarets at BloomBars in Columbia Heights, creating his own stage.

Cabico also had interests in musical theater and spoken word poetry, and this inspired Mendoza to join forces with his friend to establish La-Ti-Do Productions in January 2012.

Every other Monday at Bistro Bistro, entertainers in the DC metro area perform spoken word or musical theater in cabaret shows. While cabaret is abundant in New York City, Cabico and Mendoza wanted to fill a void in the DC arts culture.

Cabico, in particular, wanted to highlight the value of spoken word poetry. “DC’s cabaret culture was non-existent and I knew that spoken word poetry could be a part of reinvigorating the art form,” Cabico said.

La-Ti-Do is now over five and a half years old and Mendoza and Cabico have worked with over 1,000 artists. Themes for the cabaret shows range from movie soundtracks to country westerns and the company frequently produces shows in places like New York City and Pittsburgh.

Mendoza is proud of the work that he and Cabico have tried hard to create. 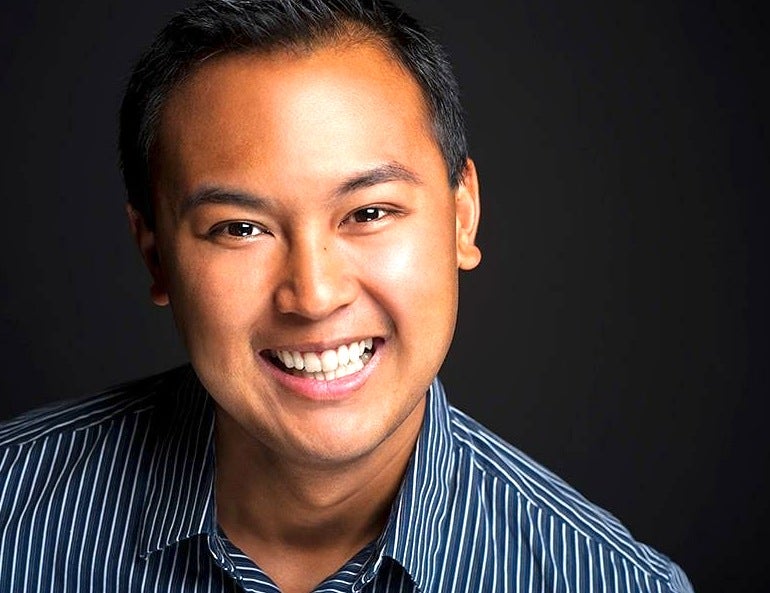 Mendoza admits the biggest challenge the company faces is shaping their identity. He confides that they are unable to define what they are since La-Ti-Do is neither a theater nor a production company but both. They are working together to get a business license and are planning on doing a retreat in August to brainstorm what defines them business-wise.

Ultimately, Mendoza’s goal is to make La-Ti-Do the “cabaret destination” for DC performers, like 54 Below (New York’s premier cabaret place) is for Broadway actors.

“It needs to be bigger and reach farther, so that is a major goal,” Mendoza said. “In the future, I see La-Ti-Do being a high-quality place for the arts.”

Mendoza’s most memorable project with La-Ti-Do was doing programming in New York at 54 Below. Mendoza was honored that the New York community recognized his company.

“In the cabaret world, that is like doing a Broadway show,” Mendoza said. “Now we have made our Broadway debut in a well-known theater space and to be in the same ranks as the Broadway actors on that stage is incredible.”

Currently, Mendoza is producing a show at Bistro Bistro, featuring the Lincoln Center national touring cast of the “King and I” called “One Night in Bangkok: An Evening of Song and Dance.” A La-Ti-Do alum connected a cast member of the “King and I” with Mendoza to host a fundraiser for Broadway Cares and Equity Fights Aids on August 14.

“A lot of producers are white, you do not see a lot of API theater producers or theater production companies,” Mendoza said. “That is important and my long-term goal is to have a seat at that table and to have a voice and opinion to help represent our community.” 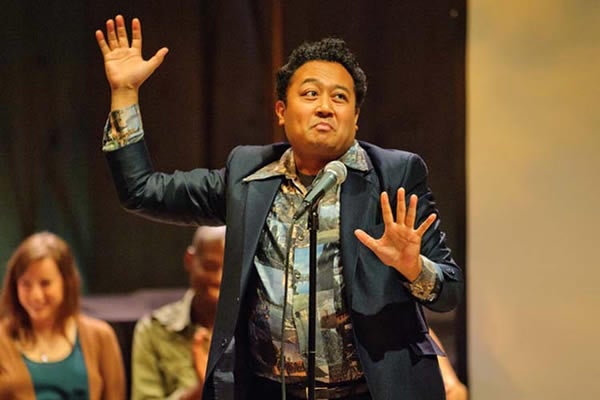 Broadway is slowly taking the steps to improve API representation. George Takei just helmed an API production, “Allegiance,” with Asian actors Telly Leung and Lea Salonga. Asian American Ruthie Ann Miles won the Tony Award two years ago for her portrayal of Lady Thiang in “The King and I.”

A big challenge that deters API actors from succeeding on the stage is the perpetuation of certain stereotypes. Oftentimes, Asian women are portrayed as meek and submissive while Asian male characters are emasculated, removing Asian American actors as romantic leads since producers and casting directors doubt they are “sexy” enough for audiences.

Mendoza believes the answer is to find more APIs willing to speak their opinion and advocate for equal representation. 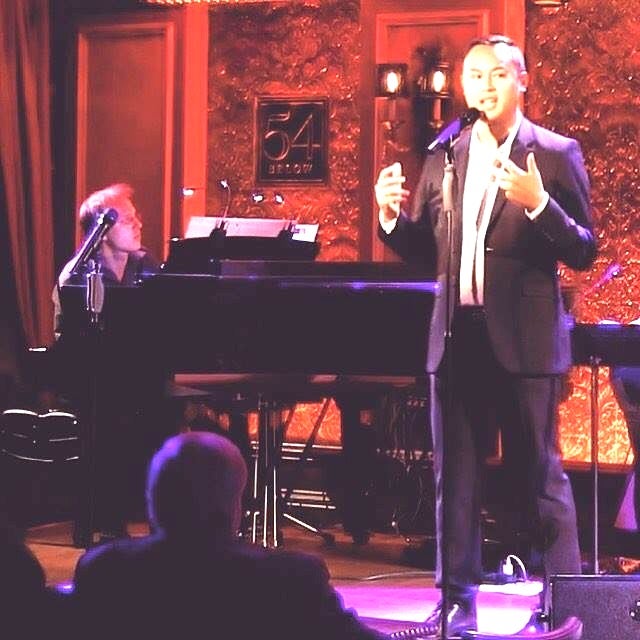 Mendoza’s proudest moment so far for La-Ti-Do was hosting a show at 54 Below in New York. CONTRIBUTED

“To be frank, Filipinos and API’s do not speak their opinion,” Mendoza said. “That is the challenge we face in the arts: carving out our image. We are being systematically oppressed in the creation of arts.”

Besides “Allegiance,” there are hardly any shows centered around Asian Americans and oftentimes, theaters fail to recognize diversity in all forms or all parts of the spectrum.

“When people think about alternative or color-blind casting, it is normally black and white,” Mendoza said. “That is what the internal struggle is and theaters do not make it easy, putting up roadblocks whether it be intentional or not.”

With the continued success of La-Ti-Do, Mendoza and Cabico plan on changing that.

“My personal hope is that I make some kind of an impact, that all this hard work Regie and I do makes some API actor or cabaret singer know it is possible for our culture to be seen,” Mendoza said.

La-Ti-Do Productions and members of the touring company of “One Night in Bangkok” will take place on Monday, August 14th at Bistro Bis. Doors open at 7:30 p.m. and the performance will begin at 8:00 p.m. Tickets are sold here.