Noise protests in US slam attacks on press freedom in PH

Noise protests in US slam attacks on press freedom in PH 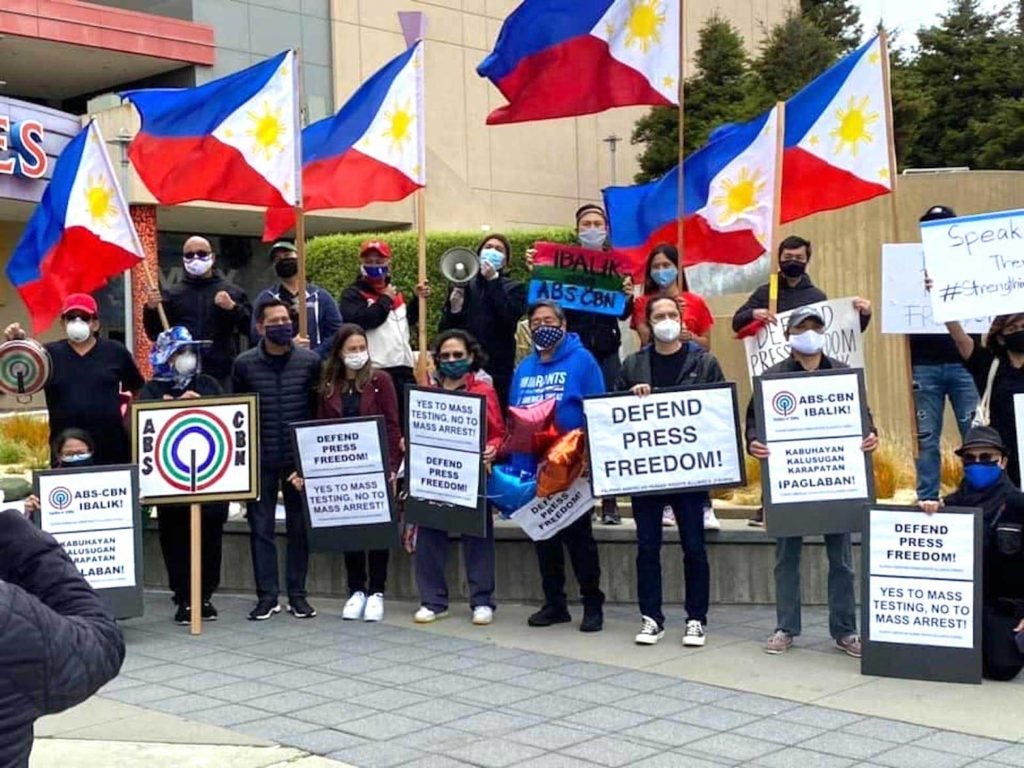 DALY CITY, California – Human rights advocates held a “Busina para sa Hustisya” noise rally to support the ABS-CBN broadcasting network, which was recently shut down by President Rodrigo Duterte and his allies in the Philippine Congress, and to protest “attacks on press freedom in the Philippines .

Local activists and employees of the network’s The Filipino Channel (TFC), held the protest in front the ABS-CBN offices in Daly City. Similar actions were held in Los Angeles and Chicago by the Filipino American Human Rights Alliance.

Raffy Lopez, chief operating officer of ABS-CBN Global, spoke before the protesters, saying, “The first thing that a dictatorship does is to take out the media. That has been done before. They already took us down. He created a new Martial Law with an anti-terror law that allows them to arrest anybody. We cannot stand for this. TFC is going to be our voice.””

Lopez thanked the protesters: “It feels really good speaking to people in a rally in front of our office and to see all the people out here against the shutdown of ABS-CBN and supporting freedom in the Philippines. It is really gratifying.”

He disclosed that the network had to “cut around 30% of our work force. We already let go of around 9,000 employees back in the Philippines, these are people that you were very close to and were like family to us. It is very painful, very painful, although TFC is still operating. Our hope is to keep TFC alive, keep it earning revenues so we can continue to support our parent company.”

Jun del Rosario, managing director for North America and Latin America, also spoke. “Maria Ressa is right. We are being bled to death by a thousand cuts. It starts with the extrajudicial killings. And  now by silencing the voices of media and everybody else who is trying to show the truth. What’s next? Our people are dying of Covid-19. And this government is borrowing another billion dollars which all of the money have never been accounted for. This is not right.”

Del Rosario said further: “We need to fight because if we remain silent, then our country is dead. Press freedom is not about entertainment. ABS-CBN is not about the teleseryes, ABS-CBN is about spreading information to the farthest hinterlands, to people who cannot afford television and only get their news though radio.”