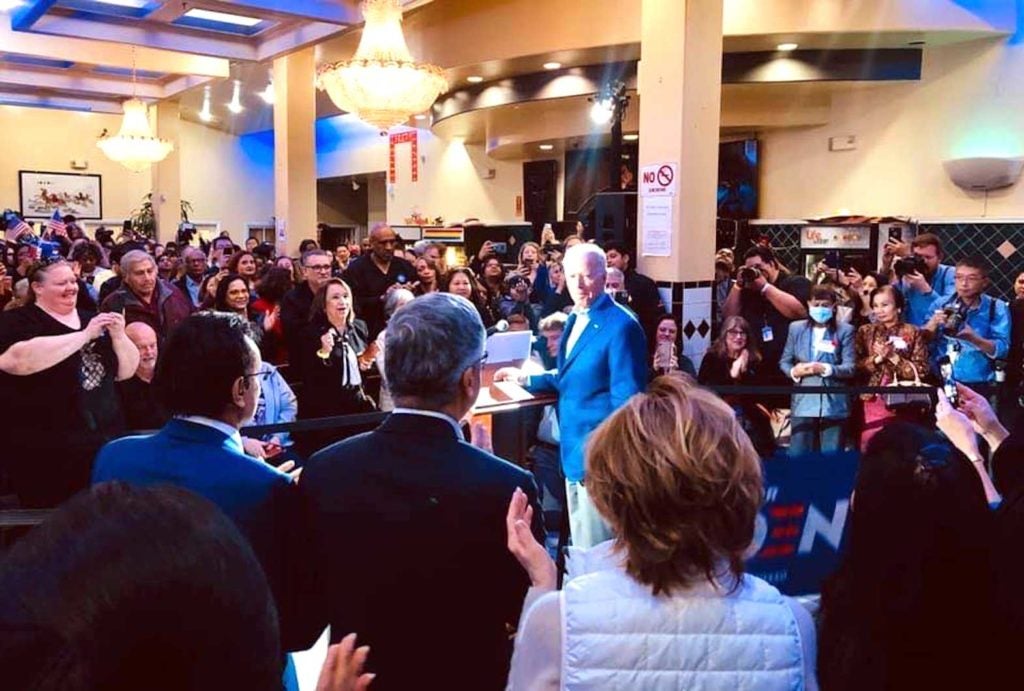 Several Filipino American leaders and elected officials are among the more than 250 Asian American and Pacific Islander elected officials, community leaders, business owners, activists and artists who have publicly endorsed Vice President Joe Biden for the US presidency.

“2020 is truly the most critical election of our lifetimes because the choice before us — and the consequences of our choices — could not be more stark. We need to elect a president who will bring leadership back to Washington, who can help re-center our nation’s moral compass, heal our nation’s soul, and bring us back to the path towards justice, equality, and integrity,” the AAPI leaders said in a statement.

Asian Americans are the fastest-growing sector of  the US population, making up close to 5% of all eligible voters this year. Chinese, Filipino and Indian Americans comprise the top three groups in the U.S. Asian electorate, according to a recent report from Pew Research Center.

California, New York, Texas, New Jersey and Hawaii are among the states with the largest shares of Asian American eligible voters, it added.

In a 2018 Asian American Voter Survey released by APIAVote and AAPI Data, 46% of total Asian Americans surveyed said they were not contacted by the Democratic Party, while 56% said they received no communication from the Republican Party. Though AAPI voters have often been overlooked by the major political parties, the bloc may continue to show influence in key races and districts, especially in battleground states like Nevada, Wisconsin, Michigan, Florida and Arizona.