Filipino siblings in NY lose both parents to Covid

Filipino siblings in NY lose both parents to Covid 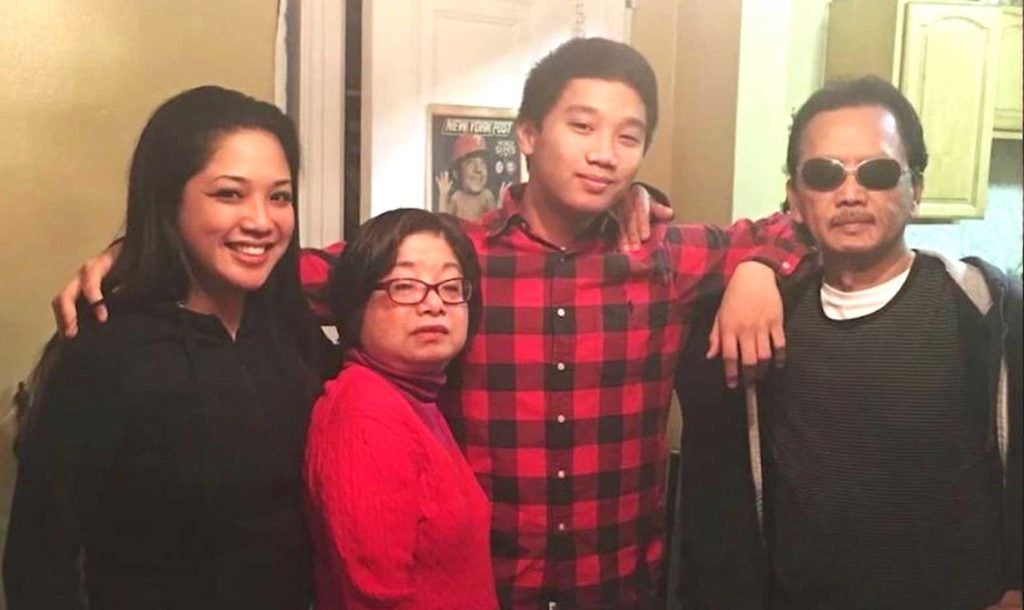 All four members of the Tobias family, 29-year-old Beverly, Loida, 17-year-old Roberto Jr. and Roberto Sr., were infected by the coronavirus. The two children recovered, but their parents died after months of struggling. (Tobias Family Photo)

NEW YORK – Both parents of a Filipino family of four in New York died of Covid-19 within a month of each other, but their two children, who were also infected, survived.

The parents, Roberto Sr. and Loida Tobias, died after struggling with Covid-19 for nearly two months. Both immigrated from the Philippines. Loida was a nurse at Harlem Hospital, and Roberto Sr. once worked as a bartender in the World Trade Center, according to CNN.

Roberto Sr. got sick in March and Loida mother fell ill shortly after, as did Roberto Jr. 17, and his 29-year-old sister, Beverly.

Both parents were admitted to the emergency room at Mount Sinai Astoria within a week of each other. Beverly eventually took herself to the ER and spent a few days at the hospital. Roberto Jr. and Beverly are still reeling from their shocking loss.

According to Roberto Jr.’s  GoFundMe page, his parents both had preexisting conditions, including diabetes.

The death his parents notwithstanding, Roberto Jr., a  senior at Frank McCourt High School, finished with a grade point average of 93. He plans to study pre-medicine and eventually neurology in college, according to the CNN report.

Robert Jr.’s GoFundMe page for his college education has raised more than $66,000. Because he is a minor, his legal guardian, an aunt, will manage the funds.