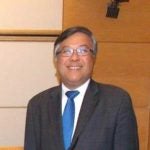 As of 2018, there were approximately 4.1 million Filipino Americans living in the United States, according to the US Census Bureau’s latest American Community Survey (ACS) data.  We are the second largest Asian American group nationally and remain the largest in over 11 states and territories, mostly in California, Hawaii, Nevada, Illinois and the New York/New Jersey metropolitan areas.

Hard-working Filipino Americans can be found mostly in the health care, education, legal, manufacturing, transportation, the arts, travel and tourism, and other key service sectors. New generations of Filipino-Americans are beginning to run for higher office.  Past office holders have included Governor Ben Cayetano of Hawaii and Congressman Steve Austria of Ohio.

Today, Filipino-Americans can proudly point to Representatives Bobby Scott of Virginia and TJ Cox of California, soon to be joined hopefully by Gina Ortiz of Texas, as members of the community.  Filipino-Americans own a variety of businesses, making up 10.5% of all Asian owned businesses in the United States as of 2007.  They employ more than 142,000 people in the country and generated almost $15.8 billion in revenue.

The Philippines’ relationship with the United States is extremely complex.  On the one hand, the Philippines was the only country in Asia to have been fully colonized by the United States.  With it came the scourge of racism and sometimes violent civil conflict.  Yet, hundreds of thousands of Filipino Americans wore the uniform of the US military starting with the War of 1812. Over 400,000 Filipino Americans alone served in World War II.

As of 2018, Filipinos and Filipino-Americans made up the largest immigrant population serving in the military.  At the same time, the United States helped liberate the Philippines from the evils of Japanese imperialism, at the cost of 37,000 American lives.  The US helped pave the way for our eventual independence, freedom and democracy, which continues to be a challenge to this day.

Having been born in Mandaluyong, Metro Manila and knowing the history of American influence in my country of birth, I have always felt an affinity and a deep appreciation for the United States for the opportunities given to me, my family and to my fellow Filipinos.  The success my family had during the presidency of Ronald Reagan helped make me a die-hard Republican in outlook.

It was a party, I felt, which believed in rewarding hard-work, maintaining a strong posture against communist regimes around the world (including helping the Philippines fight its battles against the communist New People’s Army throughout the late 70’s and into the 80’s), and providing opportunities with the least amount of burdensome regulations.

In my youth, I formed the first College Republican chapter at the University of California, Riverside.  I then served on the California College Republican, and eventually the California Young Republican, state board, alongside, of all people, current House Minority Leader Kevin McCarthy.  I was a delegate from California to the 1992 Republican National Convention in Houston, and proceeded to work on various federal, state and local campaigns.  Eventually after graduation, I landed a job with three Republican members of the US House (Jerry Lewis, Ken Calvert, and Gary Miller) as a Staff Assistant, Legislative Assistant, and Legislative Director respectively.  I was a strong supporter of John McCain and Mitt Romney’s run for the presidency.

And yet, I knew from the very beginning that support for Donald Trump was not going to be possible due to not only his obvious inexperience for this very important position, but also because of his character flaws….his narcissism, his misogyny, and now more than ever, his blatant racism.  Since the moment he stepped on the escalator at Trump Tower in New York to declare his candidacy, I knew from that very moment that the United States of America, the country that I truly loved, was in real danger as a country looked upon with respect by its allies and fear by its enemies.  His initial attacks on Mexicans as bringing drugs, as bringing crime, as being rapists, was a tell-tale sign of where we were headed as a people should he be elected President of the United States.  He has not disappointed.

From Charlottesville, to the Muslim-ban, to Tweeting “white power” videos, culminating in his racist labeling of the Coronavirus as “Kung Flu,” showed how much in the gutter the presidency has become.  If this was not enough, we now can point to over 2.8 million Americans infected, over 130,000 Americans dead, 40.1 million Americans newly unemployed, and an 11.1% American unemployment rate, all since March of 2020, as among his greatest “accomplishments.”

Therefore, I urge my fellow Filipino-American Republicans to join me, and other like-minded Filipino-American Democrats and Independents, in endorsing and wholeheartedly supporting Joe Biden as our next President.  Joe has actual solutions, not fake rhetoric, that can begin to address the very difficult challenges we, as Filipino-Americans, and as Americans in general, face in these terrible times.  Joe has a plan outlined in his website that addresses the scourge of the Covid-19 epidemic, along with a plan that helps Filipino-Americans where they work….as essential workers, in health care, and as small business owners.

Joe has a plan outlined that will tackle the difficult issues of immigration and education.  And Joe even has ideas laid-out that affect military families and the Catholic community.  Finally, to an issue that I hold dear, Joe has a plan that will restore America’s leadership in the world…a country that the world looks to as a true beacon of hope, respect, human rights, and democracy.  Joe Biden says we are in a fight for the soul of our nation.  We need to end the hate and the disunity.  We need Joe Biden!