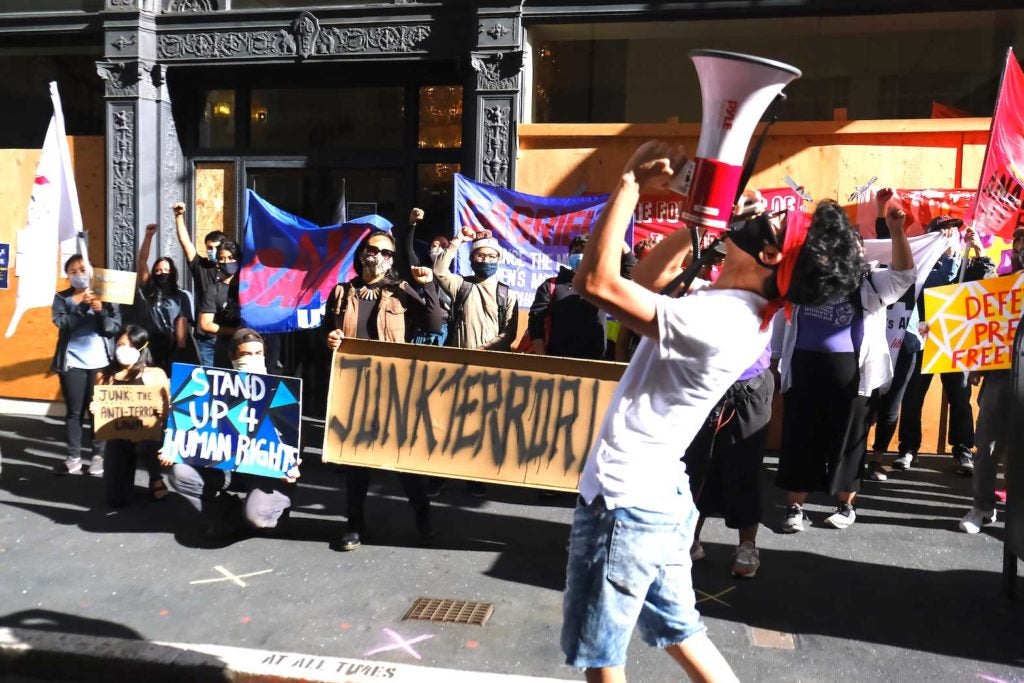 A protester, who wishes to remain anonymous, chants “Oust Duterte Now!” through his megaphone as the rest of the protesters gather for a group photo in front of the Philippine Consulate. MIGUEL CARRION

SAN FRANCISCO — Armed with megaphones, flags and signs, protesters gathered in front of the Philippine Consulate in San Francisco last Wednesday as part of a nationwide day of action to denounce passage of the Anti-Terror Law in the Philippines.

“We know that the Anti-Terror Law will be an attack on activists, human rights defenders, or simply anyone who wants to criticize the government for their wrongdoings and we want to say that activism is not terrorism and that the Filipino people will not stand for this violence,” said Joemae Santos, a member of the Malaya Movement chapter of San Francisco. Other members of the organization, as well as those of Anakbayan and other groups were at the rally and were vocal about their opinions.

On July 3, 2020, President Rodrigo Duterte signed the controversial House Bill 6875 or the Anti-Terror Bill into law. In the weeks leading up to Duterte’s signature, several organizations and activists worried that the newly enacted law would be used to silence dissent and squash activist movements around the country. 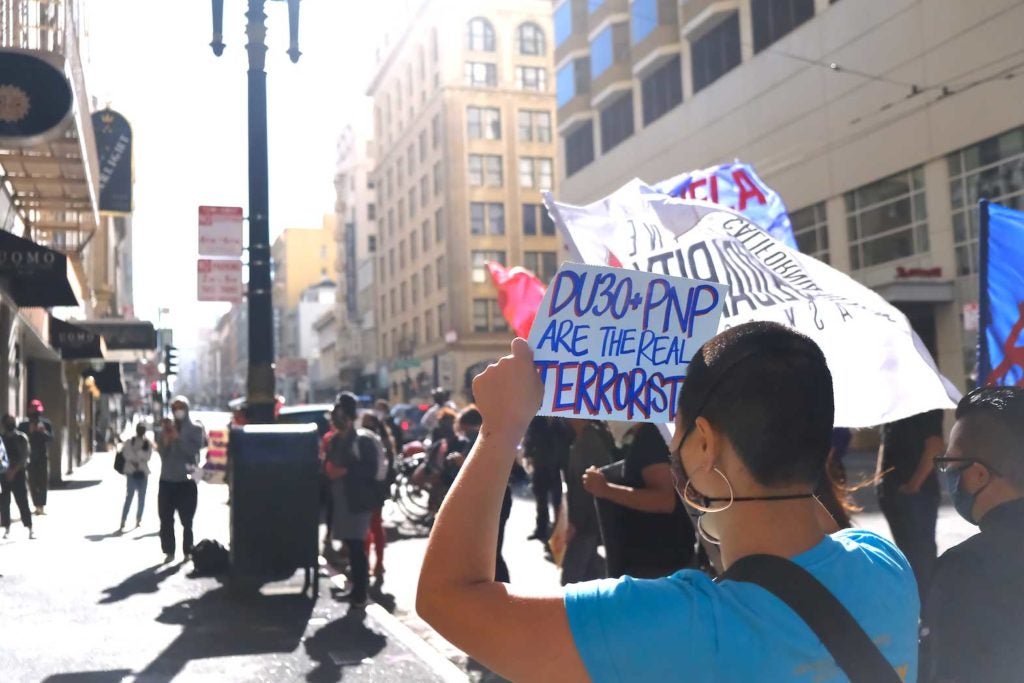 A protesters hold up their sign, in an effort to block the sun and to also proudly show dissent. MIGUEL CARRION

In August 2019, activist, community journalist, and U.S. citizen Brandon Lee was shot in Ifugao, Philippines. Several activists, and even Lee himself, characterized this shooting as an extrajudicial assassination attempt carried out by the Philippine government due to his involvement in human rights and environmental activism.

“I believe I was specifically targeted because I was amplifying the human rights violations in Ifugao through community journalism and as a human and indigenous rights advocate. For helping the Ifugao people assert their right to land, life, and resources, I was targeted by the 54th Infantry Battalion,” said Lee. 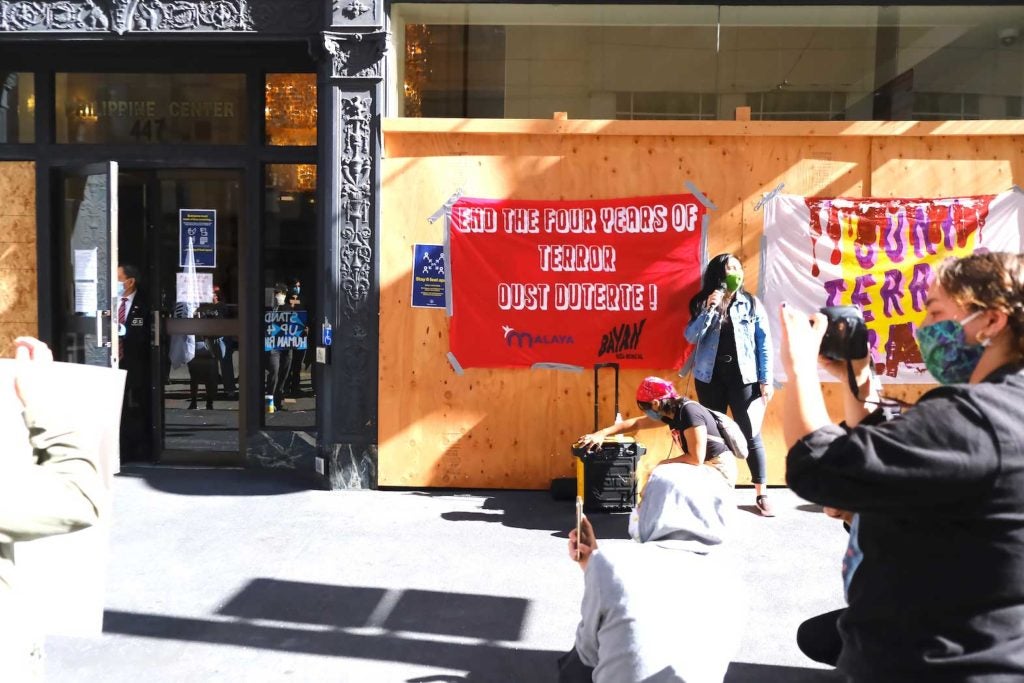 Protesters fidget with the amplifier in order to ensure that the crowd can hear them clearly. MIGUEL CARRION

Human rights defenders are worried that the new law will increase state-sanctioned violence against the administration’s political opponents. Their fear stems from the law’s loosened definition of what can be considered a terrorist or terrorist act.

Lee claims that the Anti-Terror Law will legalize the widespread act of red-tagging, the accusation and targeting of individuals or organizations for being communist.

“For chanting slogans, wearing political t-shirts, writing poems, or posting a Facebook status update can make you a suspected terrorist which the anti-terror council, composed of the executive branch, military and pulismen will act as the judge, jury, and executioner.” stated Lee.

Over the course of his presidency, President Duterte has made a number of statements that many have considered to be attacks on democracy. In multiple instances, President Duterte has directed violent remarks towards certain members of the Filipino population, including media organizations such as Rappler and ABS-CBN and Indigenous communities such as the Lumad people.