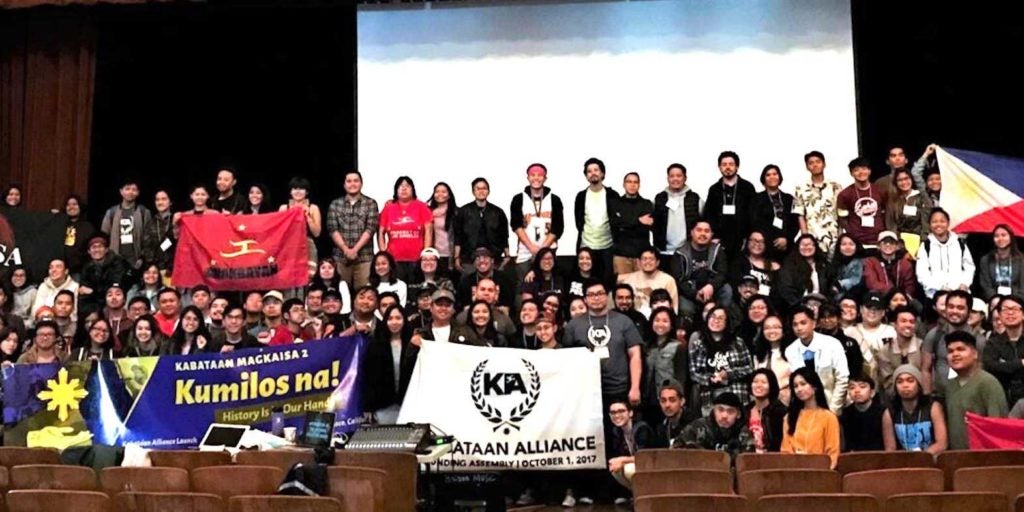 WASHINGTON, DC — Nearly 100 Filipino American youth and student groups across the United States united in condemnation of the Philippines’ Anti-Terror Law, which was signed recently by Philippine President Rodrigo Duterte.

“We believe that the passing of this bill will broaden the ways in which the state can further violate human rights and silence our freedoms.”On July 3, Philippine President Rodrigo Duterte signed the controversial anti-terrorism bill into law that critics fear will be used to silence dissent and give the government a new weapon to target opponents.

In a statement issued shortly after the bill’s passage, Kabataan Alliance declared: “We are the children of parents and grandparents who have lived through terror under the tyranny and dictatorship of Ferdinand Marcos. As Filipino American youth, we refuse to allow history to repeat itself and it is our duty to change the course of history and advocate for genuine freedom, democracy and human rights in the Philippines.”

Filipino American Youth Unity Statement Against the Terror Law, signed by 94 organizations and 498 individuals as of July 10, 2020.