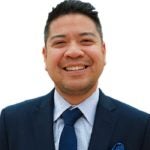 RIVERSIDE, California – A Filipino American has been promoted to head basketball coach at University of California at Riverside, becoming the first Asian American to lead an NCAA Division 1 team.

Mike Magpayo, previously the associate coach will take over as the team’s head coach after David Parick accepted another position at the University of Arkansas.

“The Riverside community and the Highlander program are so important to me and I am thrilled that Mike Magpayo will have an opportunity to lead the way forward,” Patrick said in a July 1 release from the university. “I have no doubt about the way Mike and the staff will represent this program.”

Magpayo, whose parents are originally from the Philippines, was the defensive coordinator and architect of the UC Riverside defense that finished in top-10 nationally and tied the program’s Division I record for wins, with 17 in the 2019-20 season. He was also named one of Silver Waves Media’s “Top 50 Most Impactful Low Major Coaches.” Last month, Magpayo was promoted to associate head coach before his latest role.

“I am honored, humbled, and absolutely thrilled for the opportunity to lead our University of California Riverside Men’s Basketball program into the future,” the Fil-Am coach said in a statement. “I want to thank AD Tamica Smith Jones and Chancellor Kim Wilcox for this incredible opportunity. Most of all, I am eternally grateful to Coach David Patrick, a true leader, a role model like no other, and a friend.”

Magpayo, a graduate of UC Santa Barbara, is also the founder and president of the Asian Coaches Association, a unified organization of networking, support, and development for Asian coaches worldwide.

Before his time at UC Riverside, Magpayo spent a season at the University of San Francisco, going 22-7, picking up wins over ranked teams like Nevada and St. Mary’s, and advancing to the finals of the CBI Championship.

He also spent time at Campbell University. In his last season with the Camels, he was able to help put together one of the best seasons in school history, as the team was able to advance to the conference championship game as well as the CIT quarterfinals in the program’s first postseason appearance in nearly 25 years. He got his start in the Ivy League at Columbia serving in multiple capacities during the most successful run in program history from 2010-14.

The current staff is expected to remain in the Inland Empire and build on the foundation established under Patrick’s leadership, the university said.