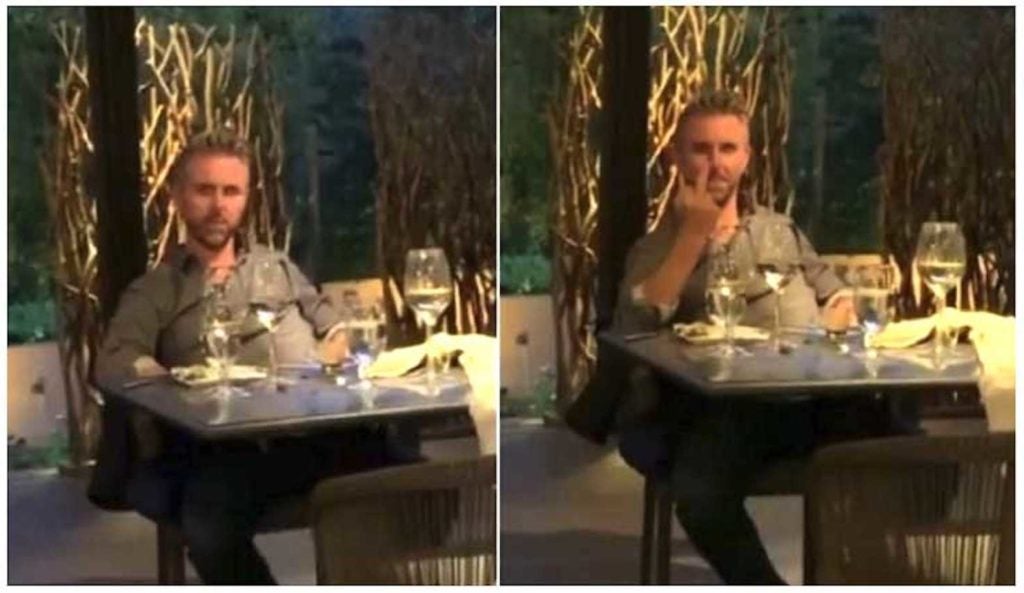 SAN FRANCISCO — A San Francisco tech CEO was identified as the man who is seen in a viral video hurling racist slurs at a Filipino American family celebrating a birthday in a restaurant in Carmel Valley, California on July 4.

She told told KION  they were just singing Happy Birthday to her “tita” (aunt), Maria Orosa, at the Bernardus Lodge and Spa’s Lucia Restaurant, when Lofthouse started yelling racist slurs at them. “F— you Asians,” “Go back to whatever f—— Asian country you’re from” and “You don’t belong here.

The video starts with the woman asking Lofthouse sitting one table over to repeat what he had just said to them. He stares at the camera for a few seconds, then extends his middle finger and says, “This is what I say.” “Trump’s gonna f— you,” followed by “You f—— need to leave! You f—— Asian piece of s—!”

A woman server immediately intervened, yelling at him “No, you do not talk to our guests like that. Get out of here. These are our valued customers.” The video Chan posted unleashed an uproar against Lofthouse on the internet, with many praising the woman server for her intervention.

Several news sites identified Lofthouse as the man in the video. He has deleted all his social media accounts and issued an apology to a local TV station. 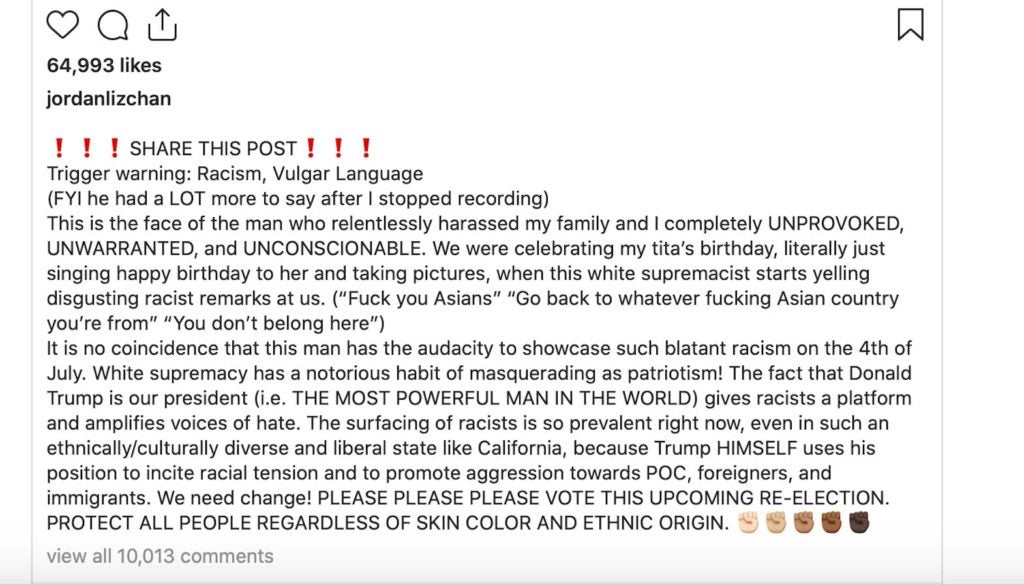 “My behavior in the video is appalling,” he told San Francisco’s KGO-TV in a statement. “This was clearly a moment where I lost control and made incredibly hurtful and divisive comments.

“He’s just saving face. I think he really meant what he said and what he did,” Raymond Orosa, who was the restaurant celebration, told KGO-TV. “I don’t believe his words because his actions speak louder than the words he’s saying.”

The incident is just one in the rising tide of Asian bigotry for which critics blame conservative Republican officials who blame China for the coronavirus pandemic. President Donald Trump has repeatedly used the terms “kung flu,” and “China virus” verbally and on Twitter.