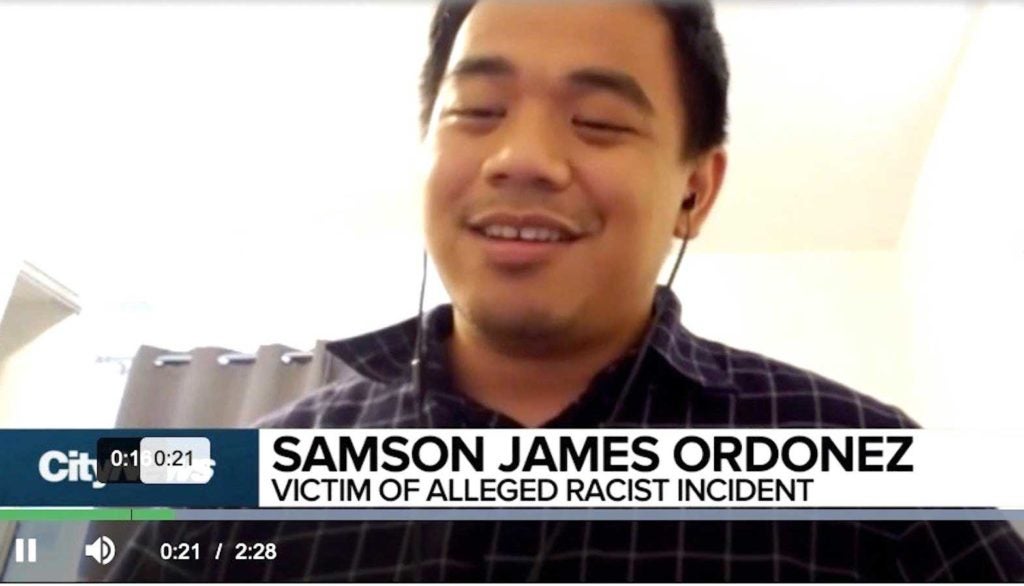 Samson James Ordonez, who was talking on the phone in Ilocano to his brother was rudely told to “speak English here.”

VANCOUVER– A Filipino man reported that he was told to “speak English” while riding a public bus in Vancouver last week, on June 27.

Samson James Ordonez said he was speaking on the phone in Ilocano to his brother, when a woman said, “You f***ing people. Speak in English here,” City News/NEWS1130) reported.

Ordonez also reported, “One white guy chimed in by saying, ‘Right? My Indian coworkmates (sic) always say ‘boobah, boobah’ and it destroys my appetite for lunch!’”

“I could really hear my heart thumping, really, really loud. So, I just went up and said that wasn’t fair because I always see Western people in my country — they live there, they build their life there, and they always demand people to speak in English to them so that they could understand.”

Ordonez said he wanted to say more but started feeling dizzy. He decided to get off the bus at the next stop instead.

“When I was going out this lady told me, she shouted actually, ‘I don’t let Asians lecture me in my own country.’”

Ordonez says he’s feeling better since what happened. “It is still disappointing because it just feels weird that people will judge you with the language that you use, I guess,” he told NEWS 1130, adding he had not experienced anything like this in the year and a half he has been in Canada. Ordonez says he plans to see if  Transit Police could investigate what happened.