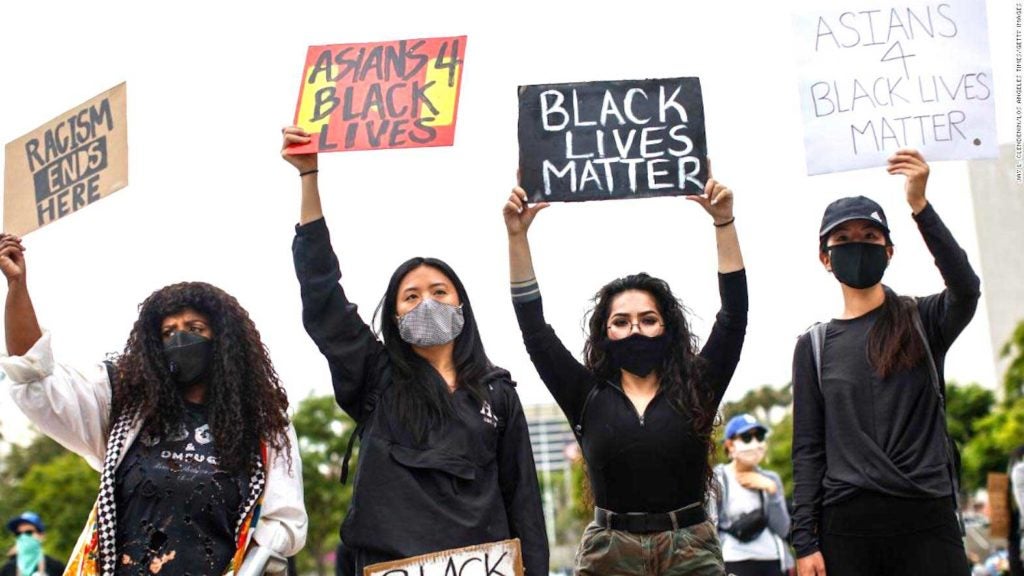 Racial minorities, especially Asian and Black Americans, have experienced more discrimination since the outbreak of the coronavirus , according to a study by the nonpartisan Pew Research Center released Wednesday.

About 40% of Black and Asian adults say people have acted uncomfortably around them because of their race or ethnicity since the beginning of the outbreak. 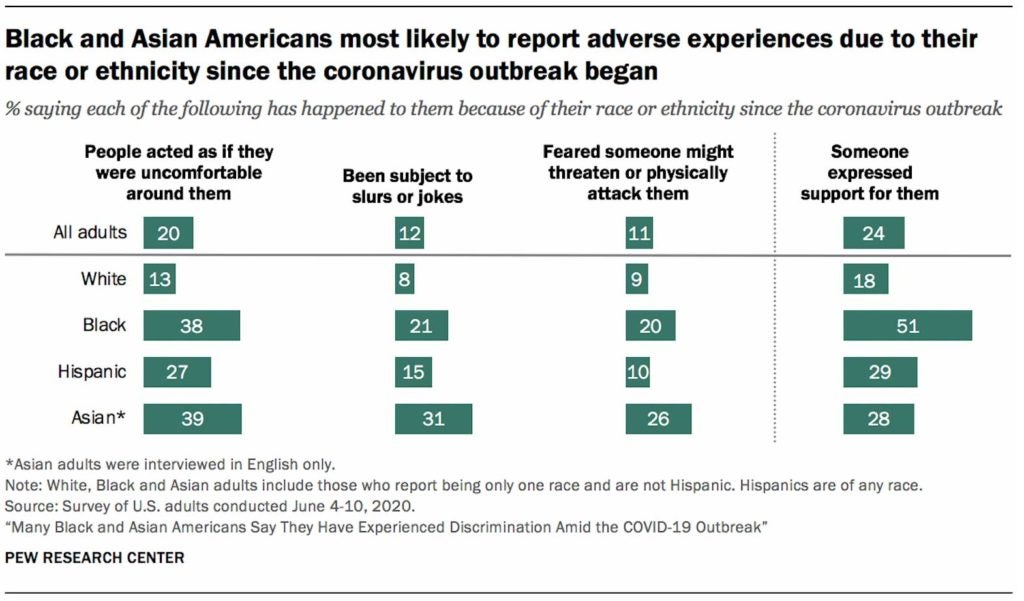 About three-in-ten Asian adults (31%) say they have been subjected to slurs or jokes because of their race or ethnicity since the outbreak began, compared with 21% of Black adults, 15% of Hispanic adults and 8% of white adults.

Both Black Americans (42%) and Asian Americans (36%) worry that they might arouse suspicion if they wear a mask when in stores or other businesses.  Only 13% of whites reported similar instances. 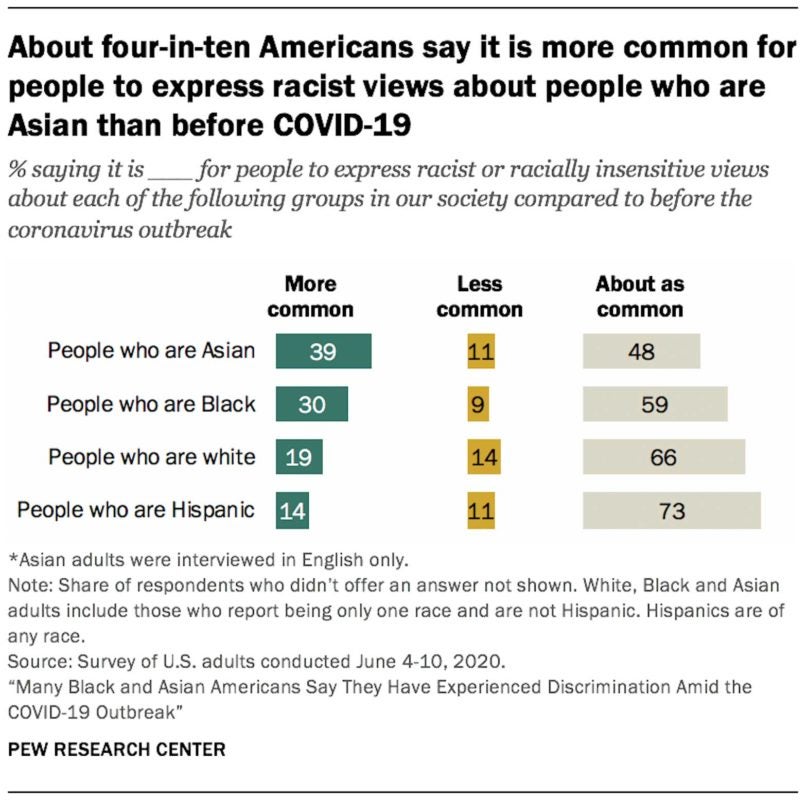 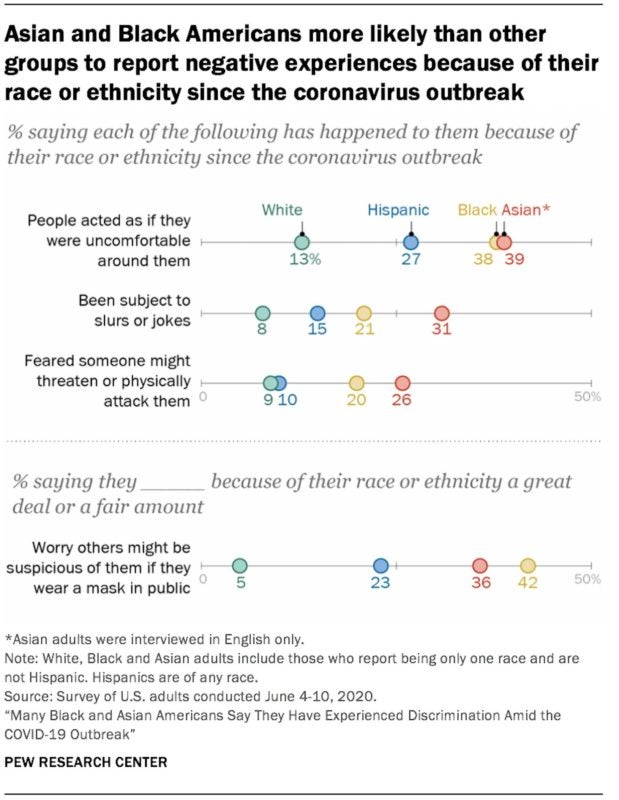 Another Pew survey released June 12 found 48% of the general public believed President Donald Trump has made things worse when it comes to race relations, a belief shared by 68% of Black Americans and 62% of Asian Americans.

The survey released Wednesday polled 9,654 American adults and was done June 4-10, at a time of widespread protests after the death of George Floyd at the hands of police in Minneapolis.