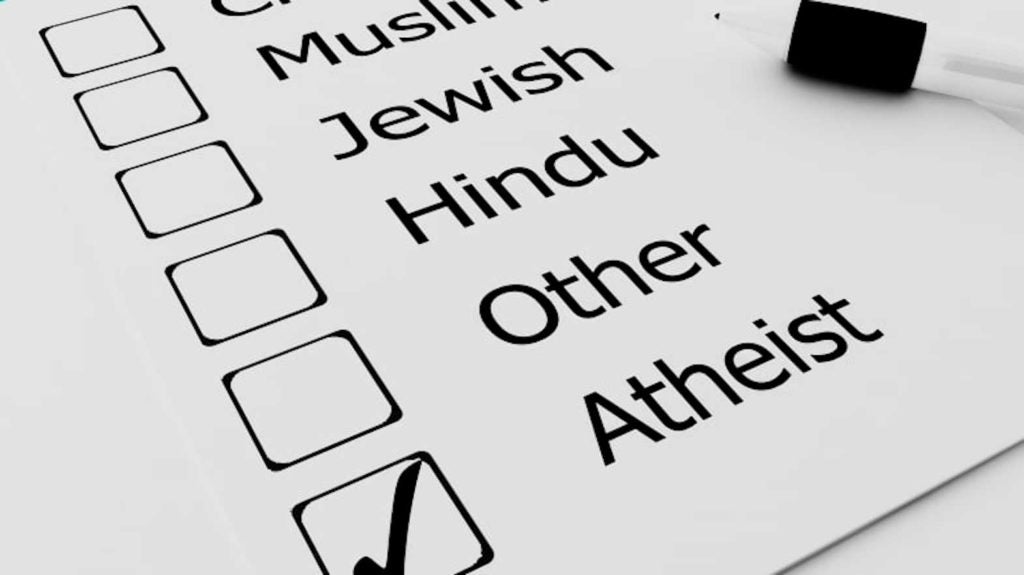 Daniel Radcliffe of Harry Potter movies and an ocean of humanity no longer believe in God, hell, and heaven. A confessed atheist, Radcliffe adores British evolutionary biologist Richard Dawkins, who in 2010 asked the British police to arrest Pope Benedict XVI on his papal visit to London. in his speech in Clark, Pampanga, in July 10, 2018, a Filipino leader made this unholy declaration: “My God never created Hell because if he created Hell he must be a stupid God.”

Over 700 non-believers showed up in the 2009 Atheist Alliance International Conference in Burbank, California. In 2011, Marissa Torres Langseth and John Paraiso founded The Philippine Atheists and Agnostics Society (PATAS), with headquarters in Mandaluyong City. A year later, they raised a lot of eyebrows by setting up the First Atheists and Agnostics Convention in Asia.

It’s now a trend, an irreversible trend, that a humongous chunk of global citizens who are humanists and doubters are taking over the world stage. Pewforum.org portrays a 40-year world scenario from 2010 to 2050 in which the monotheistic religions (Judaism, Islam, and Christianity) sink as the “nones” surge melodramatically.

Are the “nones” similar to the Gentiles or pagans of old who got no chance to hear the Gospel of Christ? Nope! They were believers once who later in life got scandalized! Raised in a practicing Catholic family, George Clooney recalled: “I used to go to confession every week.” For him and other “nones,” the biggest religions failed. Religions failed because they did not live up to their ideals.

For centuries, Judaism, Christianity, and Islam, and their myriads of denominations introduced the Unseen God with a charming promise to love one’s neighbors – but they failed, and they failed miserably. In history, according to “nones,” when the love of neighbor was preached by religion the hatred of others who disagreed immediately followed. Together with the perceived divinely-inspired generosity shown to the needy came clericalism, intolerance, and the abuse of power.

From the First Pentecost in Jerusalem to the 2oth century, the growth of the Catholic Church was spectacular. In the frontlines of the humongous task of evangelization, definitely not as backseat drivers but as hardworking hands and feet of the Pope, were some 400,000 celibate bishops and priests, plus consecrated persons – diocesan, religious, and missionary – who were stationed even in the most desolate outposts normal men and women wouldn’t even dare to visit.

Alas, the advent of the 21st century tells a different story: Empty pews, empty altars, priestless parishes, shrunken dioceses, and a crisis caused by retiring senior clergy and defrocked ones, added to those leaving the priesthood as sacerdotal and religious vocations go south. Boo-hoo!

For 500 years, the Catholic Church in the Philippines, by and large, has wielded untold influence in every aspect of the Filipino lives. We are the majority and we have shown the world the record crowds during the Santo Niño and Poong Nazareno festivals, town fiestas, rallies, and papal visits in normal times.

However, read the signs of the times. Look around and witness how the forthcoming 2021 Jubilee doesn’t seem to excite the masang Pilipino. Of course, Covid-19 has forced us to kneel down and pray in order to cope with the semi-permanent feelings of anxiety and hopelessness. Crushed by a pandemic a few months before the historic celebration, however, what Catholic Juan de la Cruz and Mang Pandoy appear to say is “meh” and they shrug their shoulders to manifest a couldn’t-care-less attitude about 2021.

Hence, more than ever, we Christians are summoned to light just one little candle than to curse the darkness. Each of us and together can rise up and blaze the trail again in order to let them know that our God is not dead. It is also a Kairos, an opportune time to make the miracle of the First Pentecost happen again by letting the world see that our God is the God of love!