On the matter of Black lives

On the matter of Black lives 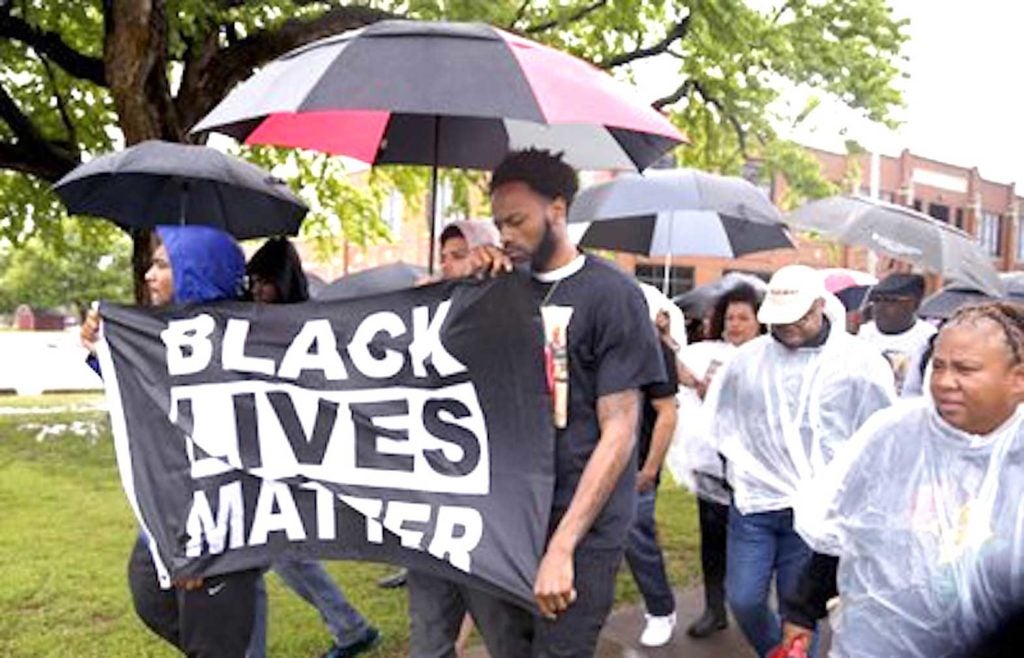 NEW YORK—Do all lives matter?
As a matter of principle, they do.
As a matter of fact, they don’t.
The enslavement of Africans meant an abiding belief that their lives did not matter as much as their slave bosses and traders. They were chattel, and thus disposable property.
Nor did the lives of Native Americans matter. “The only good Indian is a dead Indian” seemed to be the rallying cry among US soldiers and white settlers, a horde of grim reapers moving across the continent and expropriating the lands (and lives) of Native Americans.
Neither did the lives of Filipinos matter during the 1899 Philippine-American War. That they were seen in the same light as African Americans was crystallized when US infantryman Private William Grayson, who fired the first shot that ignited the conflict, shouted to his comrades-in-arms: “Line up, fellows, the niggers are in here all through these yards.”
Most of the casualties were civilians—at least 250,000 and possibly close to a million brown lives lost. Massacres of the native population were not uncommon, that of Balangiga in Samar and Bud Dajo in Jolo being the most notorious. In Samar, General Jacob H. Smith, responding to the killing in September 28, 1901, of US soldiers in the town of Balangiga, ordered his men “to kill and burn; the more you kill and burn, the better it will please me… The interior of Samar must be made a howling wilderness.” When asked what the age limit should be, he replied, anyone above the age of 10.
On the island of Jolo, on March 7, 1906, an estimated 900 Muslim men, women, and children were slaughtered as they sought refuge in the crater of the dormant volcano, Bud Dajo, by US troops under the command of Major General Leonard Wood, later to become governor general of colonial Philippines. In a grim photograph taken in the aftermath of that bloodbath, US soldiers pose, with the dead at their feet. https://rarehistoricalphotos.com/moro-insurgents-1906/
Just recently, the Ignoramus-in-Chief planned his Tulsa, Oklahoma, campaign rally last June 19, blissfully unaware that that day, or Juneteenth, was when in 1865, Texans learned of the emancipation of the slaves, more than two years after President Lincoln issued the Emancipation Proclamation, declaring “that all persons held as slaves … are, and henceforward shall be free.”
Nor did he seem aware of the Tulsa massacre, which, according to Wikipedia, “took place on May 31 and June 1, 1921, when mobs of white residents attacked black residents and businesses of the Greenwood District in Tulsa, Oklahoma. It has been called ‘the single worst incident of racial violence in American history.’ The attack, carried out on the ground and from private aircraft, destroyed more than 35 square blocks of the district—at that time the wealthiest black community in the United States, known as ‘Black Wall Street.’
“More than 800 people were admitted to hospitals and as many as 6,000 black residents were interned at large facilities, many for several days. The Oklahoma Bureau of Vital Statistics officially recorded 36 dead. A 2001 state commission examination of events was able to confirm 36 dead, 26 black and 10 white, based on contemporary autopsy reports, death certificates and other records. The commission gave overall estimates from 75–100 to 150–300 dead.” Indeed, if all lives truly mattered, then the pseudoscientific basis of white racial superiority would be swept away. Then there wouldn’t be an alarming disproportionality of African Americans losing their lives in encounters with white police officers.
How many George Floyds, Breonna Taylors, and Rayshard Brooks have there been that we haven’t heard about?
Vice-President Pence, when queried in an interview about the Black Lives Matter movement, could not or would not utter the phrase, lest he incur the wrath of his boss and alienate his white evangelical base. Instead, he chose to say, emphatically, “All lives matter.”
He deliberately misses the point, reinforcing his position on the wrong side of history. To stress that Black Lives Matter does not in any way imply that other lives don’t. It simply points to the fact that the life of a person of color, should have as much value as a white one. That a citizen of color should be seen as having not half, not two-thirds, but full citizenship, with all its attendant rights.
In viral videos we witness how certain white individuals, driven into a censorious and self-righteous tizzy, tear down flyers that promote the Black Lives Matter movement, or make false claims about men of color threatening their lives. Sadly, like the current president and his subaltern veep, they don’t see any merit in this cry for racial justice.
By refusing to acknowledge the plain truth, they diminish their humanity—and continue to put black lives in danger.