Why racism is more than skin deep

Why racism is more than skin deep 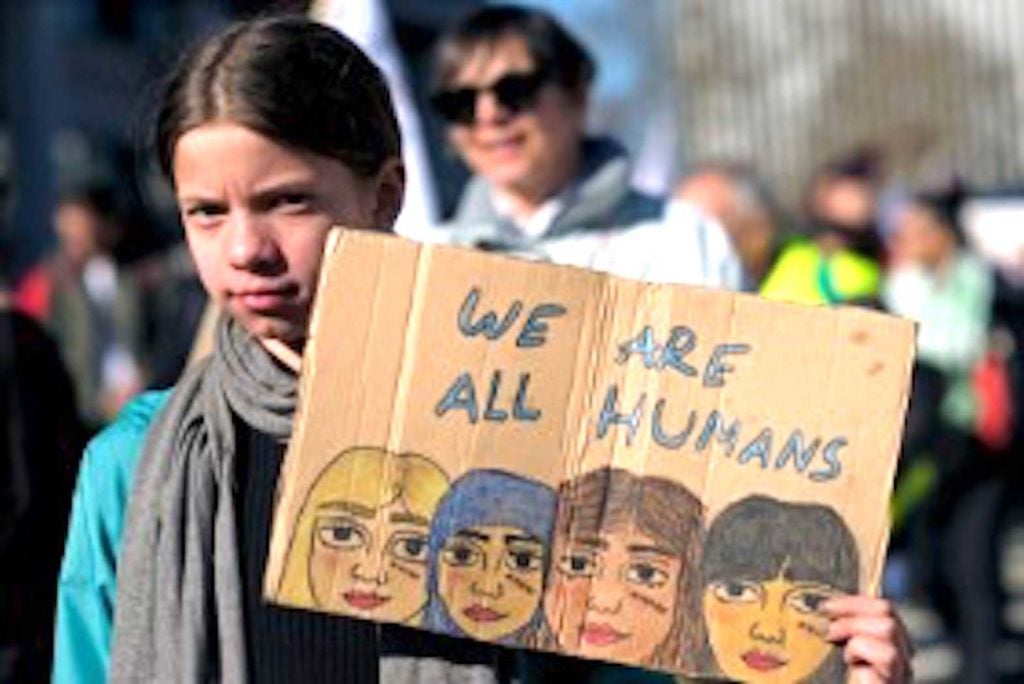 In the context of the world, every race is a minority, added Myers. This means we are almost the same genetically speaking.  We are mere hodgepodge of races making every one equal but distinct at the same time, quips my faux-geneticist kibitzer friend.

In fact, it is estimated that non-Hispanic whites are only one-fifth of the world’s population; this estimation was made more than a decade ago. It will be one-eighth within another half-century. This is based due to the mobility and migration during the past two centuries. Whether we like this or not, the world’s races now intermingle, so we are told.

Does this intermingling rile the interracial relationships we are currently experiencing?

To molecular biology experts, one’s skin color is a trivial human characteristic controlled by a minuscule genetic difference between races. Yet today ‘color’ seems to define an inexplicable halo causing so much racial prejudice or racism, quips again my kibitzer friend.

To label an individual like Mr. Woods apparently sets some kind of ‘boundary.’ Imagine labeling a million people antagonistically. This means creating subtly what many sociologists and social psychologists classify as the ingroup–outgroup phenomenon popularized by Dr. H. Tejfel, a Polish psychologist four decades ago.

As soon as boundaries are drawn around an ‘outgroup’ on the basis of race for instance, an invisible cohesion is built among its individual members. This breeds unilateral images of people competing. This concept is best reflected by the Olympic Games first started in 776 BCE. Tajfel reminds us that the personal self-esteem of each member increases following a group success.

This kind of ingroup-outgroup division, we are forewarned by Dr. K. Sun in 1993, provides the matrix for biased thinking and prejudice. ‘Close-mindedness’ is probably the third partner of ‘biased thinking’ and ‘prejudice’ to construct a robust triad-twin, quips again my kibitzer friend.

To ‘categorize’ people however has an adaptive function, according to Dr. G. Allport in his oft-quoted book, The Nature of Prejudice. The human mind must think with the aid of categories. Once formed, categories are the basis for normal prejudgment. We cannot possibly avoid the process. Orderly living depends on it, wrote Allport.

In other words, Allport was suggesting that this is necessary to reduce the vast complexity of our social world to manageable dimensions. When we place people in categories, we help make our life’s adjustment speedy, smooth and consistent; to sustain order and minimize chaos.

Thinking in categories is the prototype of prejudice, again wrote Myers. And this ‘prototype,’ has been subjected to intensive study by social psychologists, which seems devoid of lucid results to date. There is the rub.

Man is not born prejudiced, prejudice is learned. Prejudice By its very nature denies individual human dignity and breaks the fundamental unity among people, wrote Allport, et al. in his oft-quoted book.

Prejudice is the way one thinks or feels about a particular person or group.  This often serves as an affirmation of being part of in an ingroup or an outgroup.  Groups are usually biased in their perception of themselves and others. They are likely to attribute positive attributes to members of their own group than to those of an outgroup, so we are told again.

As a result, prejudice can give an individual a false sense of identity and self-worth. This initiates the tendency in him to discriminate against others, making himself feel more powerful and elevating his own self-esteem. Categorization and stereotyping also often offer a convenient scapegoat for an individual or group in dealing with issues.

Prejudice is generally a way of thinking or feeling towards others, while discrimination is the acting on that negative prejudice. Thus, when things go wrong, people are likely to assign more blame to a member of an outgroup than to a member of their own group meta-studies of prejudice reveal.

Empirical studies show the greater the competition between the groups, the more these similarities and differences are accentuated.  Group experiences also affect how people think and feel about themselves. As mentioned earlier, people show an increase in personal self-esteem following a group success according to Tajfel.

However, members whose self-esteem has been diminished by a group failure show an increase in prejudice, wrote J. P. Forgas & K. Fiedler, “Us and Them: Mood Effects on Intergroup Discrimination.”   Members of any group may be prejudiced against different races or ethnic groups without realizing it, according to P. G. Devine et al. in a study entitled, Social Cognition.

To understand the nature of prejudice not only requires knowing what a prejudiced person thinks, but also of how he thinks. A clue to this understanding is found in study of intolerance specifically of the ‘closed mind’ concept pioneered by Dr. M. Rokeach, a Polish-American social psychologist as early as four decades ago.

A person deemed high in ethnic prejudice is rigid in his problem-solving behavior, thinking, and narrow in his understanding of subjects of vital interest to him.  He is prone to make snap judgments, dislike ambiguous situations, and show distorted memory of significant events. He despises active resistance to any change in this belief.

However, experts say racial prejudice could easily become a thing of the past.  Racial attitudes can change very quickly.  In 1942, most Americans agreed, “There should be separate sections for Negroes on streetcars and buses,” reported H. H. Hyman & P. B. Sheatsley in their 1954 study. Has this changed?

After 45 years Dr. T. F. Pettigrew, a research professor of social psychology at the UCSC affirmed in 1987: “Many [people] have confessed to me … that even though in their minds they no longer feel prejudice towards blacks, they still feel squeamish when they shake hands with a black. These feelings are left over from what they learned in their families as children.”

‘Subtle prejudice’ is a relatively contemporary concept identified by social scientists as ‘modern racism’ or ‘cultural racism.’ Modern prejudice is a euphemism for what is familiar, favorable, and comfortable, wrote Dr. J. F. Dovidio, et al. and Dr. V. M. Esses, el al. in their study.

“In India, people who accept the caste system will typically allow someone from a lower caste into their homes but would not consider marrying such a person,” wrote Dr. N. Sharma in 1981.

Or take this national survey of Americans reported by Dr. W. A. Henry in 1994, where 75 percent said they would “shop at a store owned by a homosexual, but only 39 percent would “see a homosexual doctor.” This is only two-and-a-half decades ago when The American Supreme Court declared same-sex marriage as legal in all 50 US states in 2015.

Racism is more than skin deep.  My meliorist-kibitzer friend quips, “Racism is like dust in the air. It is always present but often never seen. However, with a flashlight or sunbeam positioned in the proper angle, in the right place, at the right time, the phenomenon of dust appears.”

Dr. Carson-Arenas is a Certified Clinical Psychology Specialist, and a former university research director. He is a Behavior Analyst Specialist in Nevada, an educator, clinician, researcher, consultant, columnist and a published author. Dr. Carson-Arenas together with his daughter Abbygale Williamson Arenas-de Leon authored, “You’re Okay, I Am Perfect (How teens and adolescents & those in between quest for identity)” available in print or Kindle. Please e-mail at: [email protected]