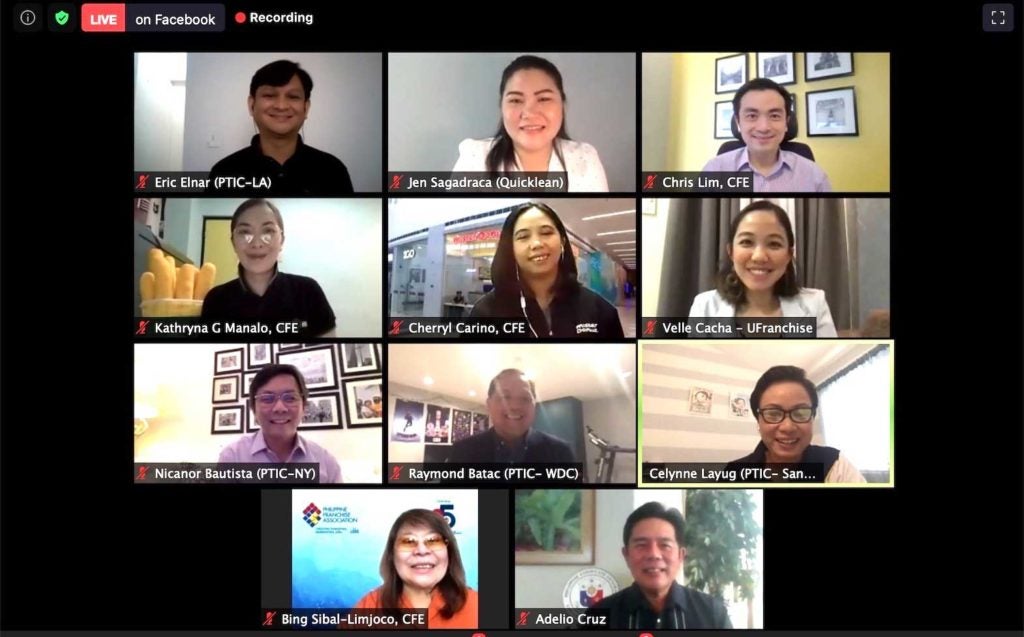 The Philippine Trade and Investment Center heads in the United States with the panelists. CONTRIBUTED

WASHINGTON, D.C. – The Philippine Trade and Investment Centers here, in New York, San Francisco, and Los Angeles, hosted the third in a series of Trabaho, Negosyo, Kabuhayan (TNK) webinars aimed at providing our Overseas Filipino Investors and Filipino-Americans with ideas and opportunities in investing in the Philippines.

Entitled “Franchise Opportunities in the Philippines,” the online event was headlined by Bing Sibal-Limjoco and Chris Lim of the Philippine Franchise Association (PFA).

Sibal-Limjoco keynoted the event and provided an overview of the franchising sector in the Philippines.

The main speaker, Lim, discussed investing in the right franchise, noting that franchising has a 90% success rate versus 25% in traditional retail. He also discussed the benefits of franchising, and the right questions to ask a franchisor, and even oneself as a franchisee. According to the PFA, there are currently around 1,200 franchise systems in the Philippines.

Member-companies of the PFA also presented franchising opportunities in both the Philippines and the United States starting with Velle Cacha, who discussed how U-Franchise can assist in finding the right franchise; followed by Kathryna Manalo of Potato Corner; Cherryl Carino of Mister Donut;  and Jen Sagadraca of Quicklean, who provided specific information on how to invest in their franchises.

The June 4 event was attended by close to 200 registered participants, with 5,500 more joining via Facebook Live. In her closing remarks, Trade Representative Celynne Layug invited the audience to suggest future topics to be taken up in the TNK webinars.