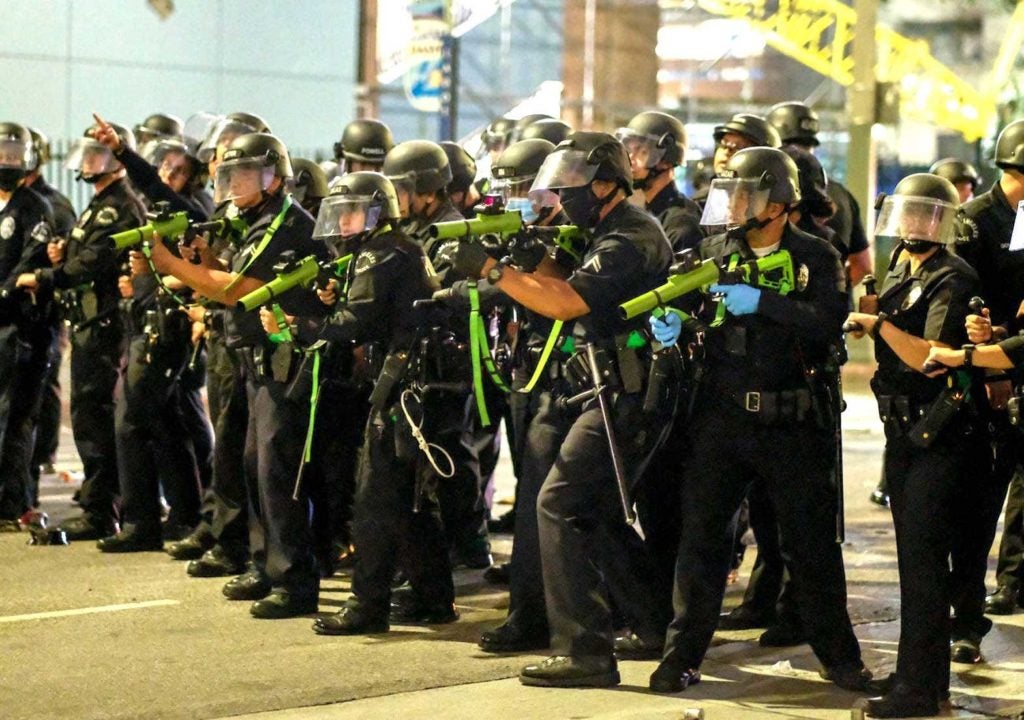 Police officers prepare to fire rubber bullets during a protest over the death of George Floyd, Friday, May 29, 2020 in Los Angeles. Ringo H.W. Chiu/AP Photo

In cities across the country, police departments have attempted to quell unrest spurred by the death of George Floyd by firing rubber bullets into crowds, even though five decades of evidence shows such weapons can disable, disfigure and even kill.

In addition to rubber bullets — which often have a metal core — police have used tear gas, flash-bang grenades, pepper spray gas and projectiles to control crowds of demonstrators demanding justice for 46-year-old George Floyd, who died after a Minneapolis police officer knelt on his neck, while other officers restrained his body. Some peaceful demonstrations have turned violent, with people smashing windows, setting buildings afire and looting stores.

The use by police of rubber bullets has provoked outrage, as graphic images have flashed on social media showing people who have lost an eye or suffered other injuries after being hit. 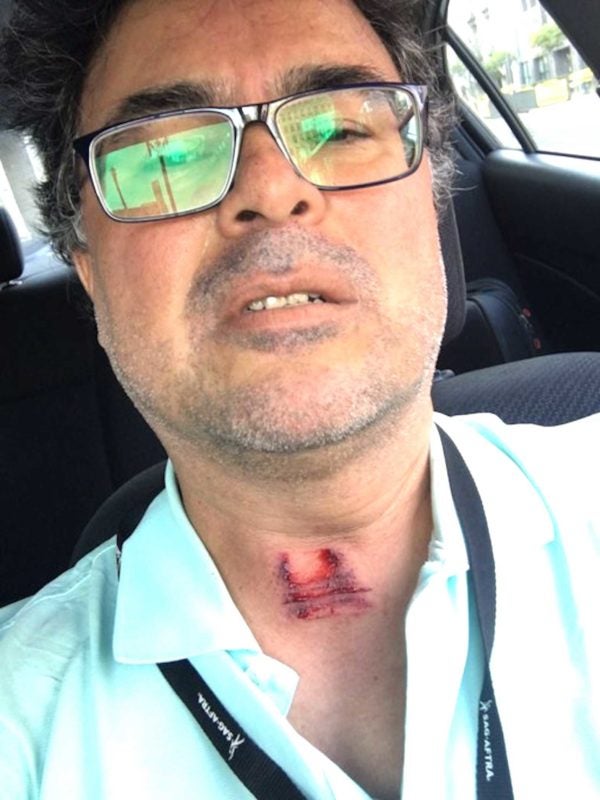 I’m reporting on the Long Beach protests. Police in riot gear just moved their line half a block up to 3rd and Pine Ave. Protestors largely dispersed. I’ll be posting in this thread

I just got hit by a rubber bullet near the bottom of my throat. I had just interviewed a man with my phone at 3rd and Pine and a police officer aimed and shot me in the throat, I saw the bullet bounce onto the street  ‪@LAist ‪@kpcc OK, that’s one way to stop me, for a while 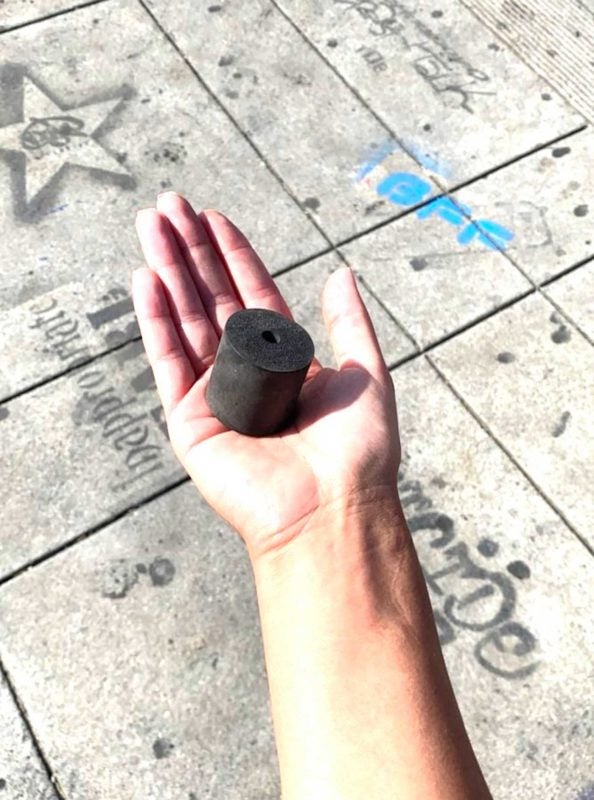 A study published in 2017 in the BMJ found that 3% of people hit by rubber bullets died of the injury. Fifteen percent of the 1,984 people studied were permanently injured by the rubber bullets, also known as “kinetic impact projectiles.”

“Shooting them into open crowds is reckless and dangerous,” said Dr. Douglas Lazzaro, a professor and expert in eye trauma at NYU Langone Health.

In the past week, a grandmother in La Mesa, California, was hospitalized in an intensive care unit after being hit between the eyes with a rubber bullet. Actor Kendrick Sampson said he was hit by rubber bullets seven times at a Los Angeles protest.

In a statement, Attorney General William Barr defended the actions of local and federal law enforcement officers in Washington, saying they had “made significant progress in restoring order to the nation’s capital.”

Barr did not mention the use of tear gas or rubber bullets.

Freelance photographer Linda Tirado said she was blinded by a rubber bullet at a protest in Minneapolis.

In an email, Minneapolis Police Department spokesperson John Elder said, “We use 40 mm less-lethal foam marking rounds. We do not use rubber bullets.”

Elder didn’t mention the brand name of the foam marking rounds used by Minneapolis police. But a website for the “Direct Impact 40 mm OC Crushable Foam Round” depicts a green, bullet-shaped product described as a “point-of-aim, point-of-impact direct-fire round.” The site says the projectiles are “an excellent solution whether you need to incapacitate a single subject or control a crowd.”

No one knows how often police use rubber bullets, or how many people are harmed every year, said Dr. Rohini Haar, a lecturer at the University of California-Berkeley School of Public Health and medical expert with Physicians for Human Rights. Many victims don’t go to the hospital.

Police are not required to document their use of rubber bullets, so there is no national data to show how often they’re used, said Higgins, now an adjunct professor at the John Jay College of Criminal Justice in New York. There are no nationally agreed-upon standards for their use.

When aimed at the legs, rubber bullets can stop a dangerous person or crowd from getting closer to a police officer, Lazzaro said.

But when fired at close range, rubber bullets can penetrate the skin, break bones, fracture the skull and explode the eyeball, he said. Rubber bullets can cause traumatic brain injuries and “serious abdominal injury, including injuries to the spleen and bowel along with major blood vessels,” said Dr. Robert Glatter, an emergency physician in New York City and a spokesperson for the American College of Emergency Physicians.

Firing rubber bullets from a distance decreases both their force and their accuracy, increasing the risk of shooting people in the face or hitting bystanders, Lazzaro said.

Physicians for Human Rights, a nonprofit advocacy group based in New York, has called for rubber bullets to be banned.

The British military developed rubber bullets 50 years ago to control nationalist rioters in Northern Ireland, although the United Kingdom stopped using them decades ago. Rubber bullets are used by Israeli security forces against Palestinian demonstrators. French police were criticized for using rubber bullets last year after dozens of “yellow jacket” demonstrators were blinded and hundreds were injured.

“Rubber bullets are used almost every day somewhere in the world,” Haar said. “Using them against unarmed civilians is a huge violation of human rights.”

Many “less than lethal” police weapons can cause serious harm, according to Physicians for Human Rights.

Rubber bullets are less harmful than subduing people by “physical force or regular bullets, Mell said. “But we’re firing a lot more of them this week than we usually do.”