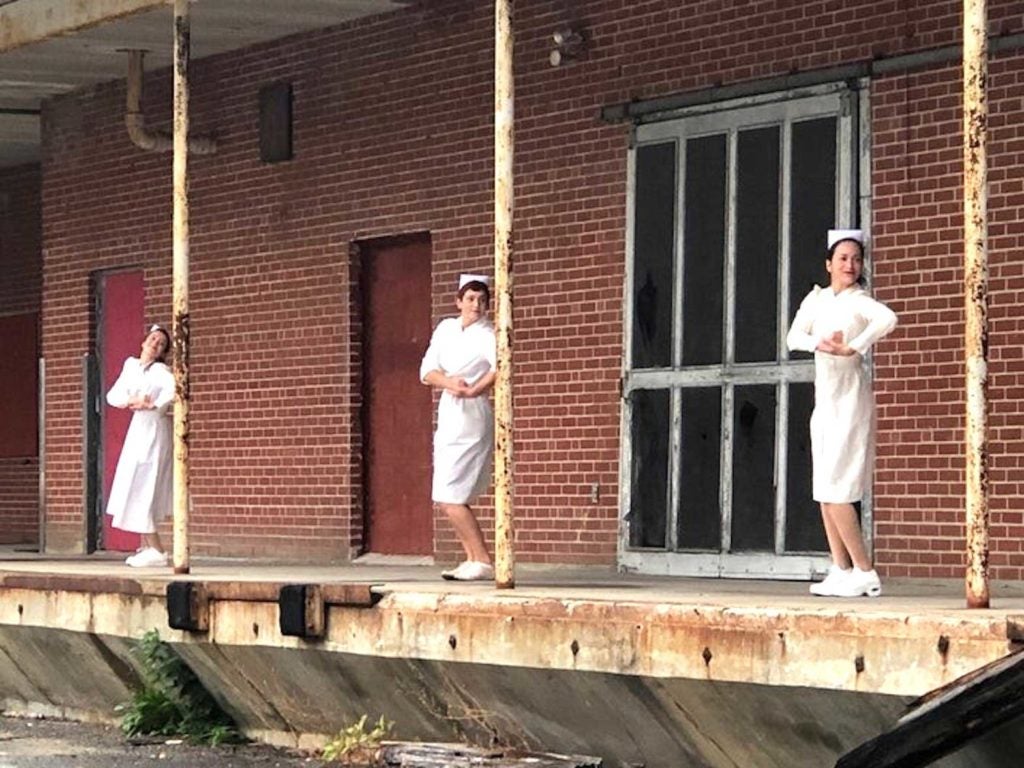 Hortense Gerardo’s “The Medfield Anthology” was to be staged on the grounds of the former Medfield State Hospital. CONTRIBUTED

The work was meant to be a site-specific piece to be staged on the grounds of the former Medfield State Hospital (MSH), formerly known as the Medfield Hospital for the Chronically Insane.

It was intended to be a walking play to show audiences the former hospital’s many facets, where patients went for psychiatric care and community members attended an annual Harvest Ball, young lovers went to movie screenings in the chapel, and youngsters competed in Little League games.

In response to the Covid-19 pandemic, the production’s artistic team has re-envisioned the work to be “viewed on screens.”

The play was written as a way to engage Medfield town residents to decide what to do with the MSH property, which the town purchased in 2013.

Gerardo created the work specifically for the Metropolitan Area Planning Council (Greater Boston’s regional planning agency), where she has been serving as its Artist-in-Residence.

“I was captivated by MSH from the moment I first set foot on the grounds. The layout and the buildings are an architectural marvel,” says Gerardo.

She interviewed over 40 community members in June last year and held a work-in-progress performance by October. 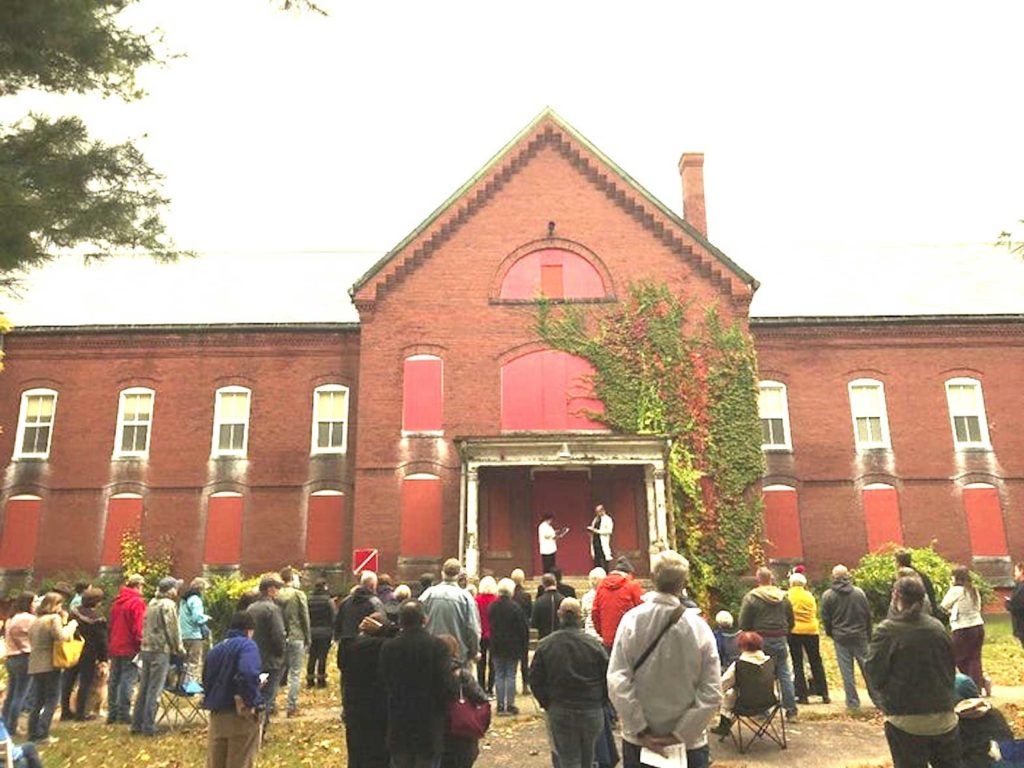 This production is also a fundraiser for the renovation of the former chapel to be repurposed as a performing arts center.

Originally scheduled to end in May, Gerardo’s residency was extended by a month in order to give her time to transform the play “into a version that we could rehearse and audiences could consume with social distancing measures in place.”

Now there is a downloadable playbill that contains a map of the MSH indicating where the scenes are located.

“The map, as well as the virtual backgrounds for each of the actors, will allow the audience to get a feel for what the campus and the various buildings at MSH look like.”

“We also had to choreograph the ways characters in the play and in the dances ‘physically’ interact, given the constraints of the viewing [software]. It’s pretty magical to see a baseball travel from one screen to the next, or to see dancers moving in unison as though they were all in the same room.

“In some ways, it feels like we’re discovering a new language of editing in this hybrid live/filmed virtual performance space.  And the beauty is, if it’s done right, it doesn’t call attention to itself. It’s only when you watch closely or think about what you saw onscreen afterward that you appreciate the technical problem-solving that went into the staging.”

Gerardo also reinstated a previously removed scene. “The latest version of this play takes on surprising relevance, as does the history of the site itself.”

She had felt that a scene about the 1918 flu pandemic and how it affected the MSH population was too dark a chapter in the community’s history for the play’s objectives.

“But then the Covid-19 pandemic happened and I dug deeper into the scenes’ historical background. It was eerie to see the parallels between the [Woodrow] Wilson administration they lived under and our current administration.

“In both instances, an official acknowledgment—or lack thereof—at the earliest signs of an epidemic contributed to the rapid escalation of cases that led to a pandemic.”